Autonomous Resupply for US Military Flies Into Reality

In future, autonomous resupply will support ground convoys and manned aircraft, which today are at risk of coming under attack. 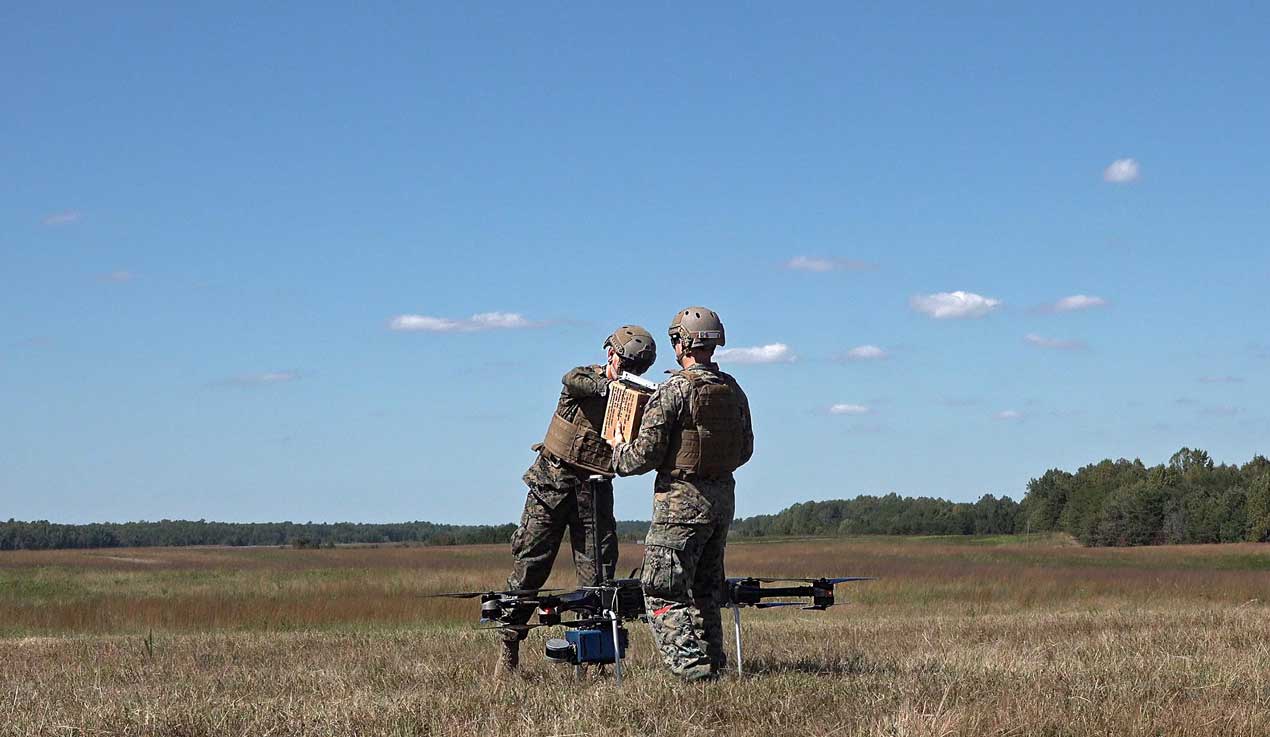 US Army and Marine Corps use fully autonomous drones to deliver fuel, food and water to where it's needed

Near Earth’s technology allows aircraft to autonomously take-off, fly, and land safely, with or without GPS.

Robert McKinney, technical manager for the ULS-A JCTD Marine Corp Warfighter Lab said Marines were looking to deliver small-to-medium weight supplies like water, beans and ammunition to forward operating bases. “We’re looking at fully autonomous rather than just manually operated vehicles,” he said. “Without a man in the loop, losses are minimal and there are no humans at risk.”

Joe Fagan, ULS-A Operational Manager, said the demonstration was the first opportunity for military users to interact with the ULS-A capability. “Whether they were uploading autonomy packages, downloading data, or operating as safety pilots, I was continually impressed with the breadth and depth of the Near Earth Autonomy team,” he said.

In time, the Army and Marine Corps believe autonomous resupply will support ground convoys and manned aircraft, which today are at risk of attack when bringing warfighters the supplies they need to conduct their missions.

“We can apply this capability and really help out the warfighter,” says Master Gunnery Sergeant Ulrich. “I see a lot of applications in delivering in austere environments. In this way we’ll keep trucks off the road and use technology to our advantage so that our troops can get what they need when they need it.”

The technology being used by warfighters marks a historic milestone in making autonomous mobility a reality for the US military. American defense leadership is actively exploring innovative new technologies that will give them a significant advantage over less advanced adversaries.

“The Marines are adapting to the platforms because it is generationally relevant,” said Sergeant Ulrich.  “Marines today look at it as something that enables them to do their job in a streamlined way. The training is minimal enough to allow them to adapt quickly. It’s able to help them stay out of the firefight themselves and they’ve responded by executing almost flawlessly.”

He believes the future of ULS-A will eventually evolve into a medium-size platform that’s able to provide a diverse distribution portfolio. “Within the JCTD year two and three, we’ll be looking at bigger, faster, stronger, platforms, meaning more battery life, more distribution capability, and overall increasing the ability to keep the warfighter in the fight,” he said.

Near Earth Autonomy says it will continue to work with the US military to expand its autonomous resupply capabilities.