The First Brazilian Gripen Has Flown in Brazil

The Brazilian Air Force's Gripen multi-mission fighter jet programme takes off with the first test flight of the F-39 Gripen on Brazilian soil in September. 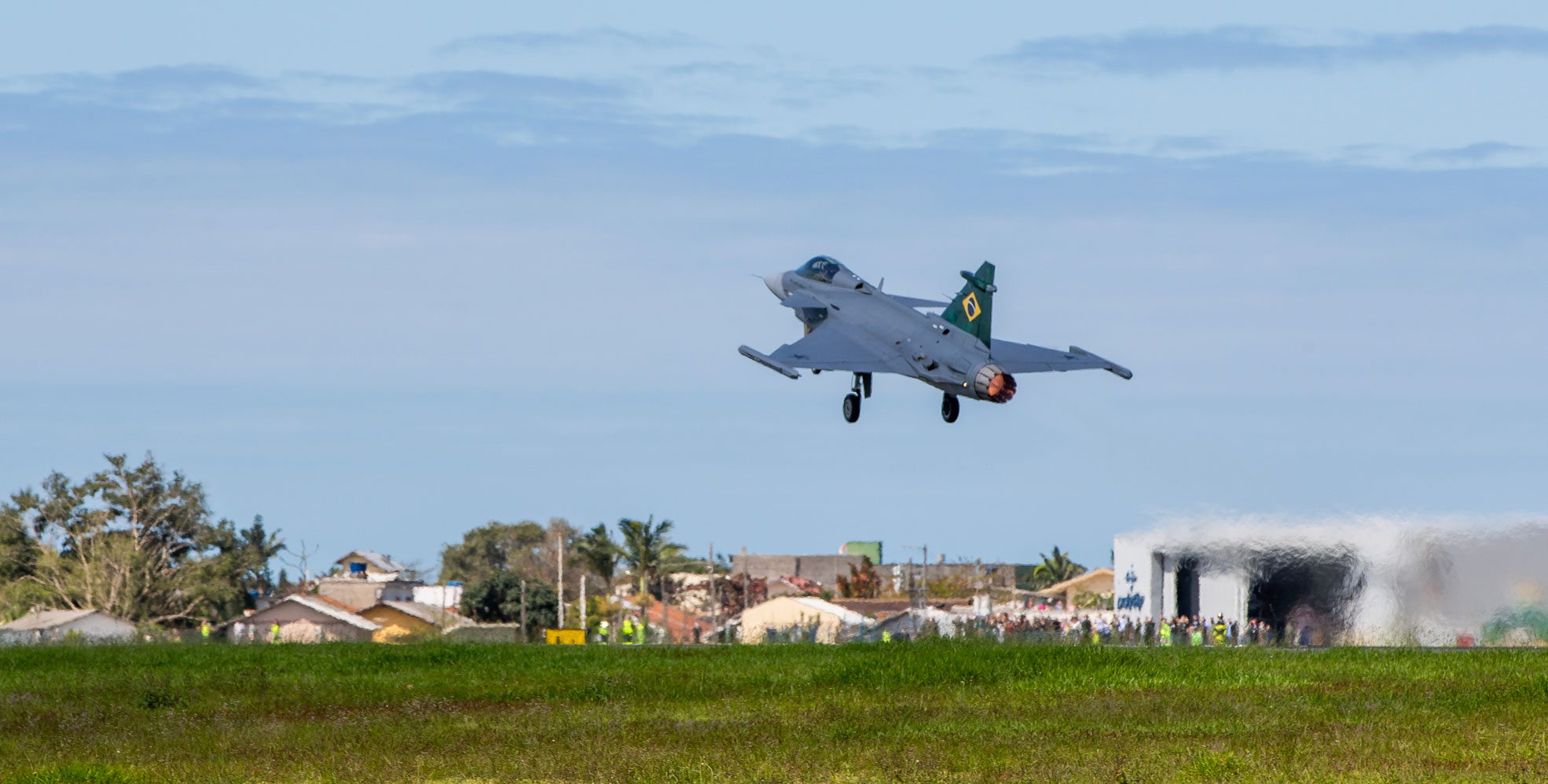 Brazil's Gripen programme achieved its first major milestone on 24 September with the first test flight of the Brazilian Gripen E. Designated by the Brazilian Air Force (FAB) as the F-39 Gripen, the aircraft concluded its first flight from the airport in Navegantes to Embraer’s facility in Gavião Peixoto. The official presentation of the aircraft is scheduled to take place during the Aviator’s Day and the Brazilian Air Force Day ceremony in Brasilia, which is celebrated on the 23rd of October.

The F-39 Gripen, the new Brazilian Air Force multi-mission aircraft, will be the backbone of Fighter Aviation and it reaffirms the FAB's commitment to maintaining the country's sovereignty and to defend the 22 million square kilometres under its responsibility, Lt. Brig. Antonio Carlos Moretti Bermudez pointed out.

Micael Johansson, President and CEO of Saab said it was following the delivery schedule for the aircraft and maintained its long-term commitment to Brazil.

The President and CEO of Embraer Defense & Security, Jackson Schneider, said Embraer will play a leading role in the execution of the Gripen programme in Brazil and will be responsible for systems development, integration, flight testing, final assembly, and delivery of the aircraft in support of Brazilian Air Force operations. “In terms of technology transfer, the Gripen programme is a great opportunity to increase our knowledge in the development and manufacturing of advanced combat aircraft,”  he stated.


The Brazilian Minister of Defence, Fernando Azevedo e Silva also highlighted the importance of co-operation between Brazil and Sweden: “Gripen increases the operational capacity of the Brazilian Air Force and promotes a partnership that fosters research and industrial development in both countries,” he declared.

The flight test programme will be expanded to include the Gripen Flight Test Centre at Embraer in Gavião Peixoto, which will be fully integrated with the test programme already running at full phase at Saab in Linköping since 2017. Activities in Brazil will include testing of the aircraft's flight control system, environmental control system, as well as tests of the aircraft in tropical climate conditions.

Unique features of the Brazilian aircraft, such as weapons integration as well as the Link BR2 communication system - which provides encrypted data and voice communication between the aircraft - will be tested in Brazil. The production aircraft will be delivered to the Brazilian Air Force, at Wing 2 in Anápolis (Goiás State), by the end of 2021.

Saab's partnership with Brazil began in 2014 with a contract for the development and the production of 36 Gripen E/F aircraft for the Brazilian Air Force, including related systems, support and equipment. A comprehensive technology transfer programme, which is being delivered over a period of 10  years, is driving the development of the local aeronautics industry through the partner companies participating in the Brazilian Gripen programme.