China Shows Off Air Power at CPC Centennial Fly Past 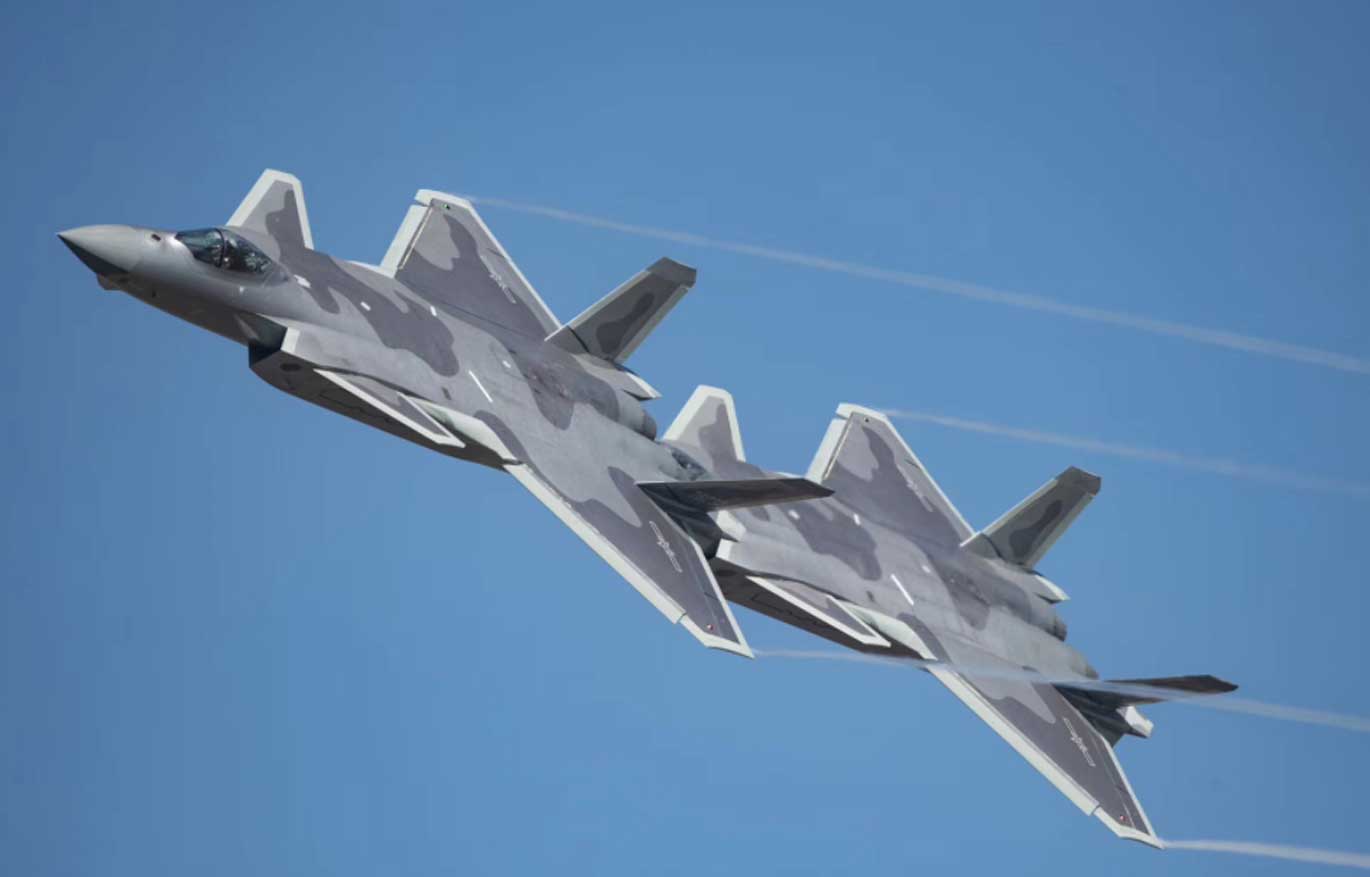 Showcased over the course of the formation flights was the Z-8L military utility helicopter in its maiden public appearance and J-20 stealth fighters, which thundered across the sky in three V formations totaling 15 aircraft. The appearance of the J-20 in such numbers is an indication that the large twin-engine fighter is being inducted into the PLAAF in larger numbers. Prior to this display, the largest J-20 fly past seen in public involved just seven aircraft.

The PLAAF had announced the induction of another batch of J-20s into the No.1 Aviation Group in June. China also plans to power J-20s with indigenously developed WS-10C engines replacing its current Russian powerplants.

The J-20 is also to receive uprated engines with Thrust Vector Control (TVC) and initial variants will feature engines with 2D TVC nozzles. Images released by China’s state owned air framer, Aviation Industry Corporation of China (AVIC) in January, showed renderings of a twin-seat J-20 hinting at another configuration for the type

Chinese media also recently reported the recent display of another 5th generation aircraft in the form of Shenyang Aircraft Corporation's (SAC) FC-31 with serial number ‘31001’ at the airframer’s Aviation Expo Park. The aircraft is on display to celebrate SAC’s 70th anniversary. The single engine FC-31 is smaller than the J-20 and is being proposed for carrier operations with the PLAN.

Apart from the 15 J-20s and seven Z-8Ls, which took part in the flight display there were 29 Z-10, Z-19 attack helicopters, 10 J-10 fighter jets belonging to the August 1 Aerobatic Team and 10 K-8 jet trainers which also took part in the formation flights.

The Z-8L features a wider cabin (similar in size to the Russian Mi-17 helicopter) allowing it to accommodate a Bobcat all-terrain assault vehicle. It also features self-protection systems such as a Radar Warning Receiver (RWR) and IR decoys. According to the Chinese media outlet Global Times, the new Z-8L could serve in all three arms of the Chinese military and also operate from the PLAN’s new Type 075 amphibious assault ships.