Manufacturers are coming up with increasingly innovative ways of stopping rogue UAVs in their tracks. 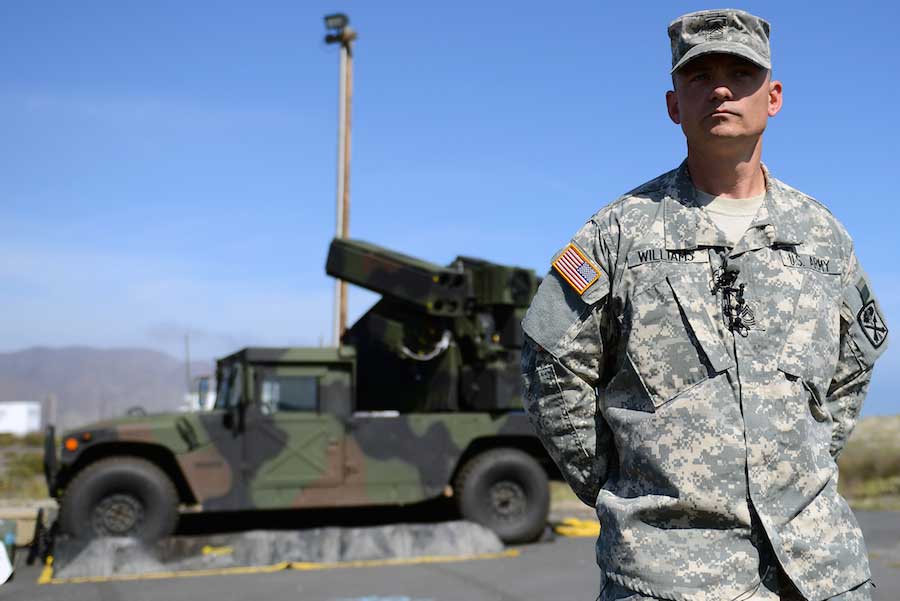 Unmanned aerial vehicle (UAV) technology is spreading both in the civilian and the military domains. Military UAVs are limited to some 70 countries, while unmanned vehicles for civilian purposes—those weighing less than 7 kg—are used for a wide range of commercial and recreational purposes globally.

The growing use of UAVs by civilians and military opponents, presents a number of security threats. They could crash in crowded areas, collide with civilian aircraft or be used to launch malicious attacks against critical national infrastructures. Civilian-operated UAVs have already demonstrated their potentially damaging potential. For example, in October 2014, a small UAV flew over a nuclear plant in France, and in January last year, a UAV landed in the garden of the White House in Washington. Worse still, in April 2015, a UAV—later identified as carrying radioactive materials—landed on the roof of the Japanese Prime Minister’s office.

In all three cases, the UAVs accomplished a significant part of their mission without being intercepted, thus reaffirming the urgent need for counter-UAV technologies. Several efforts to regulate the use of UAVs in non-segregated airspace are being made, but to date, competent authorities—both at the national and international levels (as well as EU institutions)—are still struggling to address the issue.

Meanwhile, UAVs continue to fly with increasingly less restrictions. While waiting for a more comprehensive regulatory framework, how is it possible to counter the threat posed by  the potential malicious use of civilian UAVs?

SMALL AND LETHAL
The main threats come from—and consequently, the majority of research is focused on—small UAVs (NATO Class I, weighing less than 150 kg). This class of UAV is more widespread and affordable and their small dimensions mean they can be used in a number of scenarios and for a wide range of purposes. They could target critical infrastructures (nuclear power plants, airports, bridges), symbolic buildings (government buildings, public authority offices), tourism (monuments or other public places), members of the public or public figures—the German Chancellor Angela Merkel was approached by a small UAV during a campaign event in Dresden.

Other malicious uses of UAVs could include video acquisition for intelligence gathering in order to plan an attack, chemical attacks or delivering explosive devices. In the case of the latter, the UAV could  carry incendiary devices to release above the target or act as a loitering munition.

Two Israeli companies—Israel Aerospace Industries (IAI) and Aeronautics have developed, respectively, the Harop/Harpy 2 and the Orbiter 1K, also known as the ‘kamikaze drone.’ During the latest skirmishes in Nagorno-Karabakh in the South Caucasus, a loitering munitions unmanned combat aerial vehicle system (Harop or Harpy2) was used by Azerbaijani forces against Armenian soldiers. The availability of these technologies on the battlefield raises concerns about malicious uses of tactical UAVs (typically deployed only for ISR tasks) as now the military can be targeted.

So-called strategic UAVs, which are used for military purposes only, can be shot down by kinetic solutions, most of which are already widely available (anti-aircraft artillery, man portable air defence systems, and so forth). Non-kinetic solutions are being investigated as well, but countering strategic UAVs that way is not a top priority. Even if kinetic solutions could be used to shoot down small UAVs, it is highly undesirable, given that the operational environment could include soft targets and crowded places.

COUNTERMEASURES
Research to find effective techniques (kinetic or not) to counter UAVs is developing rapidly. According to some forecasts, the counter-UAV market will be worth $1.1 billion by 2022. In the last two years, a number of counter-UAV solutions have been studied and tested—including specially trained hawks. Private firms in the civilian sector are focusing on shooting solutions such as the SkyWall 100 and the DroneDefender. SkyWall 100 is a net-shooting bazooka produced by UK-based OpenWorks Engineering. It has an estimated range of 100 metres. The man-portable launcher shoots a projectile net, which is able to capture the UAV.

DroneDefender, developed by US-based Battelle, has the same portability as the SkyWall 100, but it provides a non-kinetic counter-UAV solution, which is able to disrupt a UAV 400 metres away by emitting a laser signal that affects the UAV’s remote control and GPS. Firms operating in the defence sector are working on specific electronic warfare (EW) countermeasures for counter-UAV dual-use purposes. EW counter-UAV systems all share the same three-phase functioning—detection (find/track), identification and disruption/defeat—although they usually differ in terms of the shutting-down technique used. 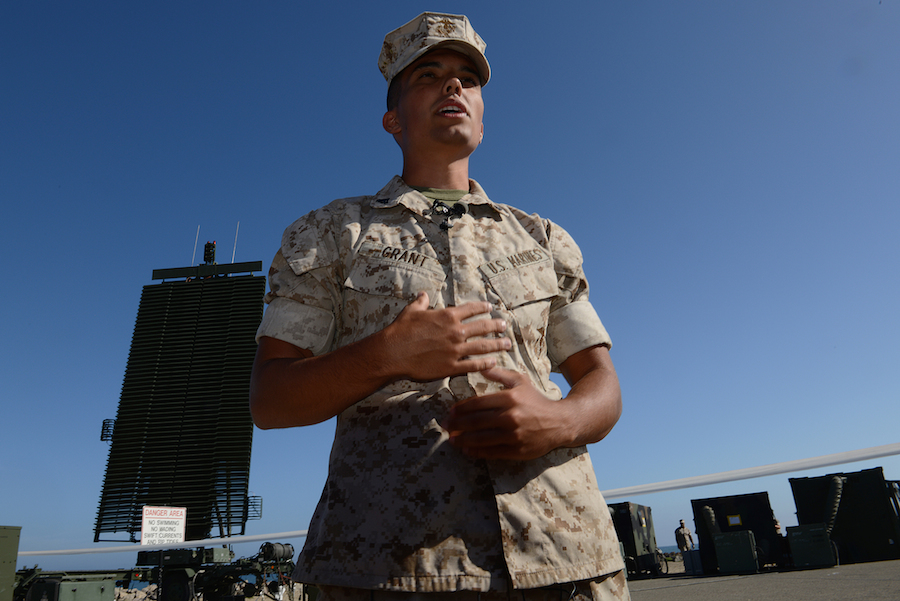 US-based company SRC presented its dual-use Silent Archer counter-UAV system during Exercise Black Dart 2015, a joint military exercise dedicated to demonstrating and testing the latest countermeasures for defending against UAVs. Silent Archer operates an air surveillance radar and an EW system for detection and identification (through an electro-optical/infrared camera), as well as an array of electronic countermeasures to disrupt the UAV, forcing it to ‘return home’ or land. The system is available in expeditionary, fixed site or fly away configurations.

During the 2015 DSEI exhibition in London, two further counter-UAV solutions were released, namely Falcon Shield and AUDS (Anti-UAV Defence System). Finmeccanica – SelexES’s Falcon Shield includes a multi-spectral sensor and a radio frequency electronic attack capability combined with a scenario-specific radar. The system can take control of the UAV through a command link and bring it to the ground.

The AUDS is the result of a joint effort between Blighter Surveillance Systems, Chess Dynamics and Enterprise Control Systems. Using an electronic scanning radar, it can detect a UAV within an 8 km range. A UAV can be tracked using daylight and infrared cameras and disrupted by inhibiting its radio signal. An optical disruptor can also interfere with the UAV’s camera system, causing a loss of visibility to the operator. The system can operate from a fixed location or a mobile platform. IAI has developed the Drone Guard system. Like AUDS, it has a combination of radar and electro-optical sensors for detection and identification, defeating the UAV with its electronic jamming system. Drone Guard can be paired with one of three types of ELTA 3D radars—namely ELM-2026D (10 km range), ELM-2026B (15 km) and ELM-2026BF (20 km).

The number of available counter-UAV solutions will continue to rise. Airbus should enter the counter-UAV market by mid-2016. It has already demonstrated some detection and jamming capabilities at MILPOL 2015. SAAB is working on systems as well. Most of the counter-UAV systems are the result of privately funded research as they derive from industrial programmes not related to specific requirements. Rafael Advanced Defense Systems of Israel recently unveiled its Drone Dome counter-UAV system, which is able to detect UAVs using its RADA RPS-42 tactical air-surveillance radar and electro-optical sensors. It reportedly disrupts hostile micro- and nano-UAVs by jamming their satellite navigation systems and radio frequency.