OPINION: How is Germany spending its €100bn fund for defence?

Almost 12 months after German chancellor Olaf Scholz announced an historic €100bn fund to rearm the Bundeswehr, what is the reality on the ground? 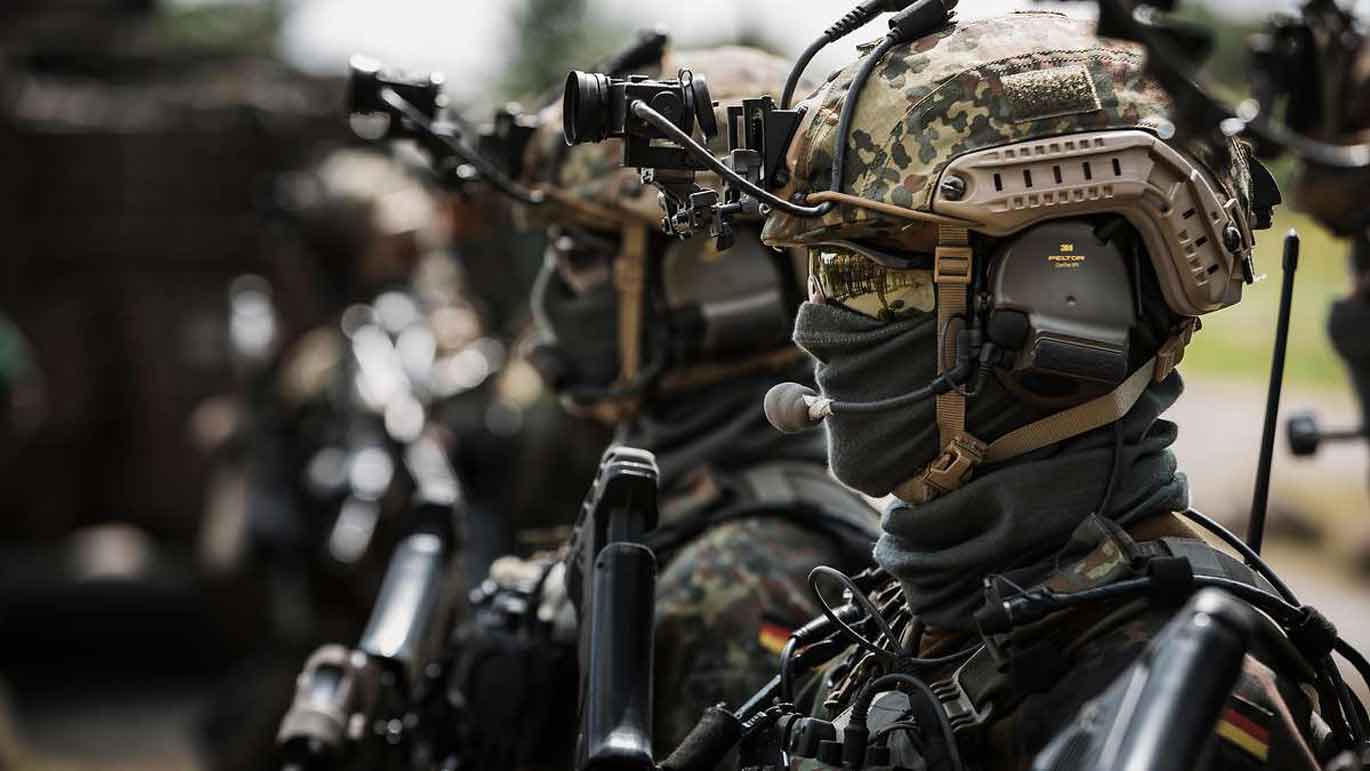 The standing of the Bundeswehr, and the defence industry in Germany was eroded historically, but with a special €100bn fund set up to spend on defence, has much changed on the ground?
(Copyright:Bundeswehr/Maximilian Schulz)

When Russia invaded Ukraine in the early hours on the 24 February 2022, the full impact and consequences of the war were barely visible. The historic speech of German Chancellor Olaf Scholz just three days after the invasion announcing a €100 billion special fund to properly equip the German Bundeswehr and a commitment to sustainably spend 2% of GDP on defence, clearly illustrated a watershed moment in defence, the likes of which we have not seen since the Cold War.

Scholz’ announcement was met with wide-ranging emotions, from rejection on the political left to elation and almost disbelief by those who had been calling for decades for higher levels of defence spending in Germany.

It is important to understand, that the status and perception of the Armed Forces and the defence industry in Germany is different from other nations in Europe or the United States.

More than any other European nation, Germany has relied heavily on the “peace dividend” after the end of the Cold War. German politicians often pointed out the special responsibility of the country after the Second World War and were happy to, at least partially, outsource defence to NATO allies and instead focus on economic success.

Living in peace and prosperity for many decades, many people in Germany started to believe that “war was no longer an option to continue politics with other means,” as General von Clausewitz stated. As a consequence, the concept of credible deterrence was abandoned in many political circles.

The resulting effect was that the standing of the Bundeswehr, and the defence industry in society eroded, while budgets were reduced further and further and delusional concepts like “flexible availability” of equipment were introduced. What this meant was, that many units of the Bundeswehr would only be equipped with half of what they really needed and when they went into a military exercise, they had to borrow the rest of the gear from other units. Sounds totally crazy, doesn’t it?

While the annexation of Crimea in 2014 and the conflict in the Donbas led to some budget increases, the overall perception of security, defence and deterrence in society was still mostly negative. This led, for example, to initiatives like the EU taxonomy project, where a working group consisting mainly of NGOs recommended to classify our industry as neutral or even negative in terms of sustainability.

Russia’s attack on Ukraine sent a shockwave through German society. Suddenly the threat was no longer theoretical or far away. It was real. We all saw the horrific images on the news. Trains full of refugees arrived in Berlin every day and many people realised that the distance between Kiev and Berlin is the same as from Berlin to Rome.

I would say it was almost a healing shock to many and as a result the purpose of what our Armed Forces do and the responsibility of the defence industry to properly equip them has become much more evident: Our freedom, our liberal democracies and our way of life are worth defending. This is why we need Armed Forces and we need to equip them properly!

Nine months after Chancellor Scholz’ speech, the €100bn special budget has been codified into law and approved by the parliament. In parallel, the planning staff of the Bundeswehr created a list of procurement projects to be funded by this money, based on the forces’ most urgent needs.

Unsurprisingly, the budget is not sufficient to cover all projects on the list and a political tug-of-war has begun with many interests to be reconciled. For example, there is strong regional competition, both politically and industrially, between the north of Germany, where traditionally the shipyards are located and the south where the aerospace industry is strong. The government will need to find a balance here.

At the same time, there is increasing criticism that the current trend of “buy now” instead of “buy local” will drive Germany into a greater dependency on US-supplied systems like the F-35 fighter jet and CH-47 helicopter, while leaving only smaller and less significant work packages for the national defence industry.

Rising inflation also cuts into the purchasing power of the €100bn fund and the first voices can be heard asking for a further increase in the defence budget. This comes only a few days after the decision of the German government to spend up to €200 bn to cap energy prices and ensure security of energy supply for the coming months and years.

While many called for less bureaucracy around defence procurement in Germany earlier this year, it seems that the sense of urgency that was very present in spring has somewhat subsided and it is back to complex processes and multiple layers of approval again. The fact that the Ukrainian army is fighting so bravely and has managed to largely halt the Russian onslaught may be a contributing factor to this “let’s carry on as before” mindset.

Some might say, that the initial thrill of the big boost for defence procurement in Germany has gone. And when looking at the share price development of some listed defence companies one might agree. As always, there are exaggerations, but when looking at the bigger picture I think there are more opportunities than challenges. The €100bn special budget and a commitment to sustainably spend 2% of the GDP on defence in Germany will result in a big capability boost for the Bundeswehr.

Other countries in Europe, but also in the Middle East and APAC will follow and invest in upgrading the capabilities of their armed forces. The war in Ukraine has shown in a very dramatic way, that sensors, ISR capabilities, self-protection, EW and OSINT capabilities are decisive force multipliers and will shape the conflicts of the future. I am convinced, that companies that are active in these areas will see long-term and sustainable growth for the next decade and beyond.

ABOUT THE AUTHOR: Joachim Schranzhofer is head of communications and marketing, at HENSOLDT, a German defence company that supplies sensors for protection, reconnaissance and surveillance.