How will Turkey solve its F-35 conundrum?

Shut out from the F-35 programme by the US, could Russian fighter jets, F-16s or drones be the answer to Turkey's fighter-jet ambitions? 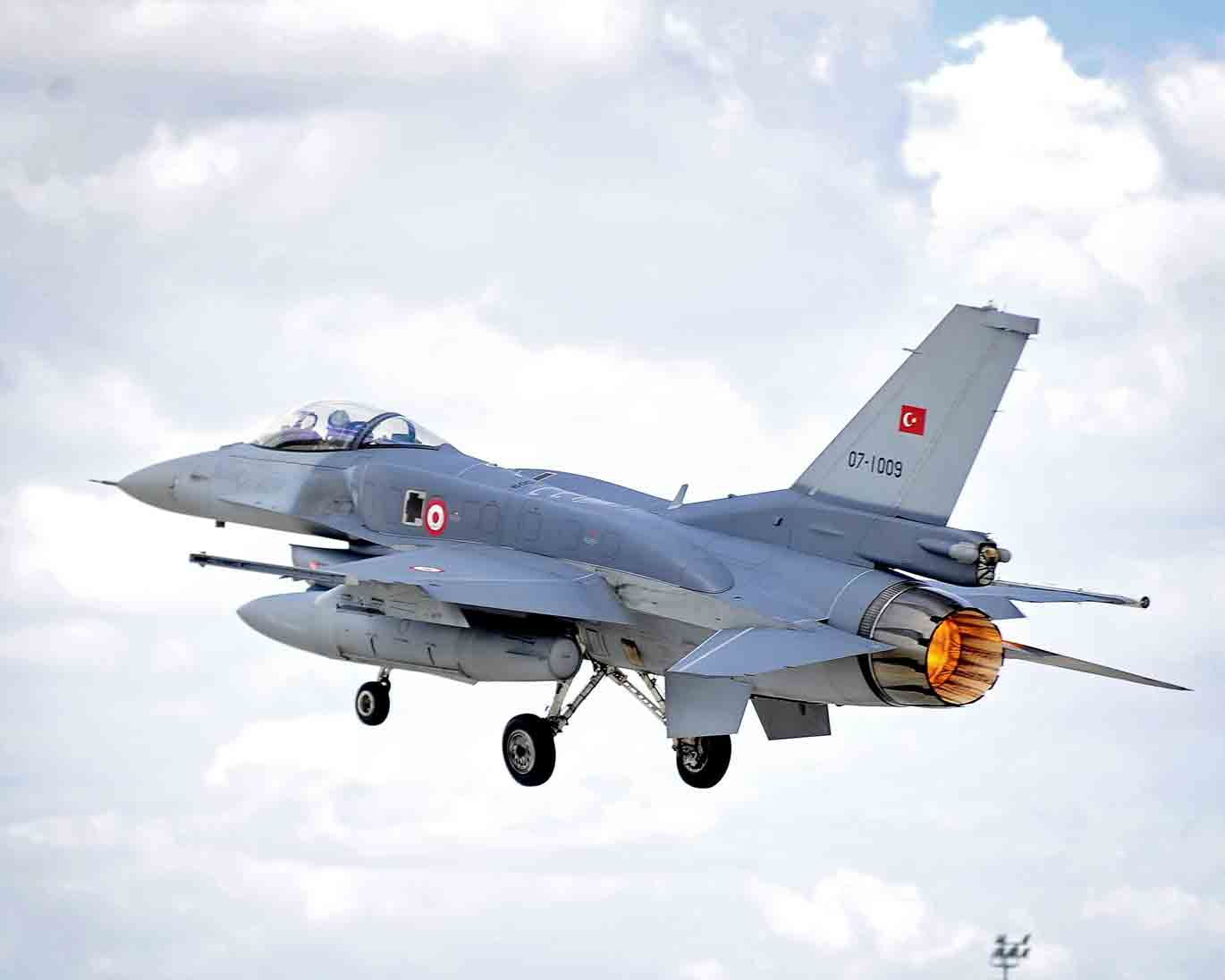 Having shut Turkey out of the F-35 programme, the US is said to be receptive to the idea of selling Turkey upgraded F16 fighter jets in exchange for the F35s it has already paid for.

It is no secret that tensions between Turkey and the United States are at an all-time high. In 2019, the US banished Turkey from the F-35 Joint Strike Fighter programme, following its decision to procure Russia's S-400 strategic air defence system.

Turkey has invested in its air force for decades and was looking to replace aging F-4 Phantom fighters with the F-35 jets, but now its removal from the programme has created a gap in its long-term intentions to maintain a robust fighter jet force.

Another complicating factor is that Turkey's Landing Helicopter Dock, Anadolu, which will enter service with the Turkish Navy in early 2022, will no longer be able to operate the world's only VTOL jet option, the F-35B. Instead, the Anadolu has been transformed into a “drone carrier,” which will feature a take-off and landing concept for the TB-3 Bayraktar.

So what alternatives are their for Turkey’s fighter-jet ambitions? On the surface at least, its national fighter jet project, the "TF-X," appears to be the best solution to fill the capability gap, but it is not expected to be operational before 2030. Strengthening the Air Force with an interim aircraft procurement, as well as unmanned solutions, are other options.

But delegations from the Turkish and US defense ministries have been engaging in bilateral talks in recent months to try and resolve the F-35 problem and discuss financial issues. The first meeting between US and Turkish defence officials was conducted on October 27, 2021, in Istanbul, and the second is set for January 2022.

Meanwhile, Turkish President Recep Tayyip Erdogan stated that Turkey would prefer to buy upgraded F16 fighter jets from the US in exchange for the F35s, that had already been purchased. Erdogan met with Joe Biden at the G20 conference in Rome at the end of October. Following the meeting, he indicated that President Biden was receptive to Turkey's request for 40 new F-16 Block 70 variants and 80 modification kits for its existing fleet.

Although Turkey's highest officials have expressed a desire to purchase the F-35, there are many who oppose it. There are occasional debates between those who support Turkey’s purchase of the S400 and those who believe the F-35 programme should still go ahead.

Turkish opponents of the F-35 acquisition highlight security concerns. They claim that the aircraft, which they define as a ‘flying computer’, is vulnerable to back-door intrusion by the US. Other worries include the F-35’s maintenance, life cycle and operation costs. The US Government Accountability Office estimates that the sustainment costs of the US F-35 JSF over its 66-year life cycle have increased steadily, from $1.11 trillion to $1.27 trillion, despite efforts to reduce costs.

While there is broad consensus that the TF-X is the ideal choice, there have been discussions about purchasing interim aircraft. For example, countries like Geece are strengthening its air force with France’s Dassault Rafale aircraft.

Another possibility for Turkey is to purchase the Su-35 or Su-37 jets from Russia. This, however, is a contentious topic, because it would entail a total reworking of the NATO-designed force organisation, base deployment and training system.

Mounting missile systems such as SOM, Gökdogan and Bozdogan, which are manufactured in Turkey in compliance with NATO requirements, on Russian aircraft, would be extremely difficult as the Russians are hesitant to provide the necessary software and hardware interfaces.

Are drones a viable solution for Turkey?

Despite potential advancements in the Turkish drone sector, modern drones cannot fulfill manned-aircraft roles in terms of air-to-air combat, payloads and mobility. The current trend globally is to use unmanned aerial vehicles (UAVs) as wingmen with fifth-generation fighter jets in a network-centric architecture. In this case, MIUS, an autonomous combat aircraft powered by AI-based software, which is proposed by Turkey’s Baykar Defence, could act as a loyal wingman alongside the future TF-X National Combat Aircraft.

Based on the criteria listed above, it appears that purchasing 40 F-16 Block 70 aircraft from the US as a stop-gap solution until the TF-X fighter is operational is the best way to strengthen the Turkish Air Force.