Iranian kamikaze drones: An Economical Solution for Russia Instead of Cruise Missiles

As cruise missile stocks decline, Russia has turned to kamikaze drones made by Iran, which experts say could significantly stress traditional air defences. 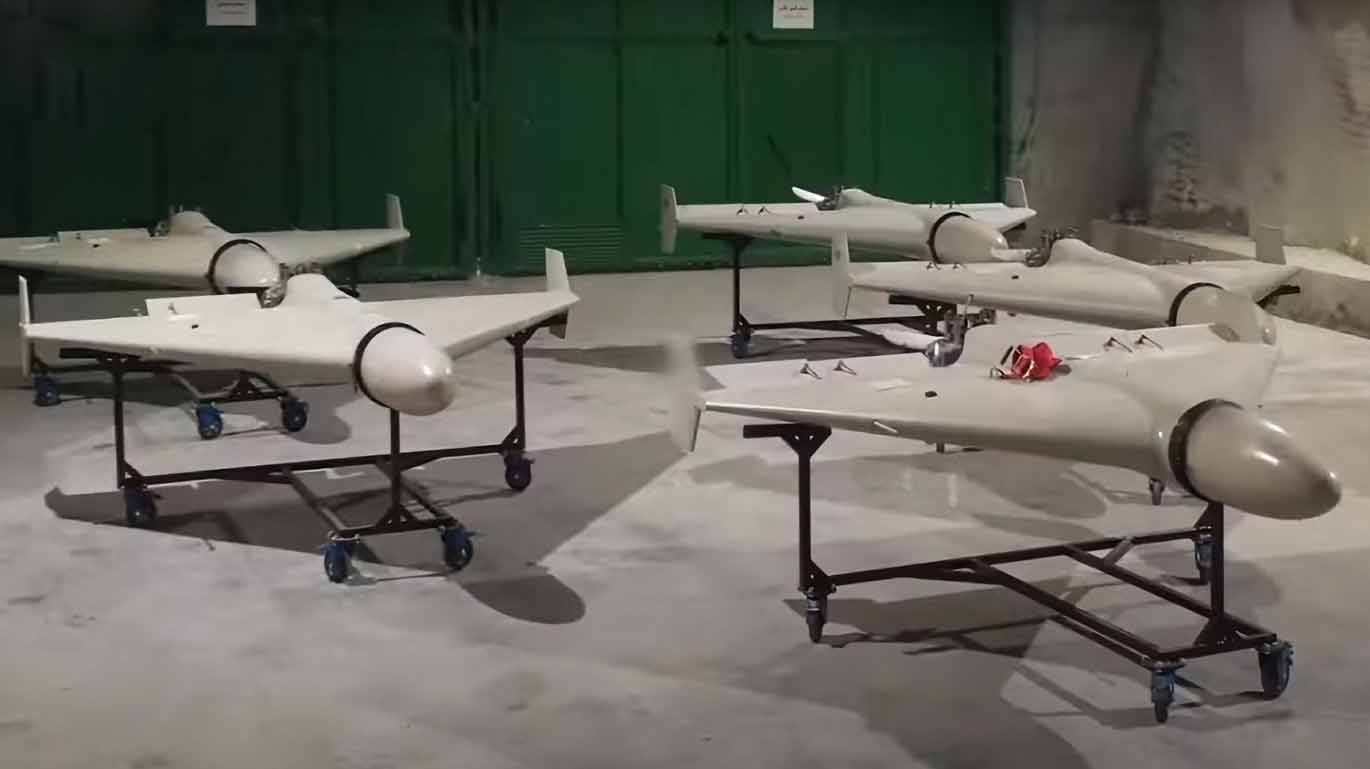 Russia’s surprise drone strike on the Ukrainian capital Kyiv on October 17, may say more about the state of Putin’s war machine than it does about the growing ties between Iran and Russia, two countries that feel increasingly isolated by the West.

The Ukrainian Air Force reported that 43 kamikaze drones were used during the attack, 28 of which targeted the capital.

Since the war in Ukraine began eight months ago, Russian forces have fired thousands of cruise missiles and bombs indiscriminately on civilian targets and infrastructure. But the use of kamikaze drones in any great number hasn't really been in their playbook, until now. So what's changed.

Well, for one thing, kamikaze drones are much smaller, and typically lower cost than cruise missiles. They can also be more easily transported and launched by small units from protected positions to precisely strike distant targets of value than other indirect fire weapons.

But analyts speculate that the main reason for Russia using them now to attack cities like Kyiv is that the fighting has göne on for much longer than Russia or Putin ever anticipated, and as Russia’s inventory of cruise missiles declines, it has purchased unmanned aerial vehicles from Iran to conduct kamikaze attacks on strategic targets and destroy Ukrainian infrastructure.

"As the war lasted longer than the two weeks initially planned, Russia's cruise missile stockpiles started to dwindle and the cost of the war increased dramatically," Samuel Bendett, a research analyst with the Center for Naval Analyses, where he is a member of the Russia Studies Program, told this magazine. “That’s when we started seeing more loitering drones being used by the Russian military."

Iran has denied selling drones to Russia, but photos circulating on social media appear to confirm that Russia has used Iranian-made Shahid 136 suicide drones in attacks on Ukrainian cities. These are thought to be the same drones reportedly used by Houthi rebels to carry out attacks on oil facilities in Saudi Arabia in 2019.

How effective are kamikaze drones?

While it is too soon to draw any significant conclusions, as the war is still ongoing, Bendett says the mass use of loitering drones does impact air defences.

“While Ukraine is capable of shooting down most Shaheds, it can’t shoot all of them down, which is why such loitering drones are used. As the loitering technology improves, and as defence industries around the world are able to produce thousands of such drones for their mass application, air defenses are going to be significantly stressed. To what extent i cannot say at this time, but this new technology would have to be taken into account for all future engagements,” says Bendett.

A defence reporter for the Kyiv Independent claimed on Twitter that Ukrainian air defences had downed 85% of Russian kamikaze drones.

The impact of kamikaze drones in a full-fledged conventional war was first demonstrated during the 2020 Nagorno-Karabakh conflict between Armenia and Azerbaijan. During the war, unmanned aerial vehicles (UAVs) and loitering munitions were able to destroy heavy ground units, including T-72 tanks and advanced S-300 air defence systems.

Loitering munitions are incredibly valuable weapons in peer-to-peer combat, says AeroVironment, manufacturers of the Switchblade kamikaze drone the US has supplied to Ukrainian forces. They can easily give a considerable advantage to less sophisticated forces as they fight modern, heavily equipped armies.

“Loitering munitions can tip the scale, upset the balance of combat power, and become the modern stone in David’s digital slingshot,” AeroVironment claims. “Whether they serve as substitutes for deep attack aircraft or long-range artillery that a less sophisticated force may lack, they provide an impressive efficiency, passing through and above enemy defences to precisely strike targets of choice that could otherwise be out of range of the employing force.”

Russia is certainly not a less sophisticated force, but it is one increasingly running out of options when it comes to long-range cruise missiles at its disposal, which cost anywhere from $1.5 to $2 million a pop, compared to say $20,000 to $100k for a kamikaze drone, depending on its level of sophistication.

But not all loitering munitions are made equal. The Switchblade 300, for example, is not designed to take out heavy armour such as tanks. That is the job of the Switchblade 600, which features a warhead specifically designed for anti-personnel and anti-armour.

The Shahed 136 kamikaze drones used by Russia are also thought to be much less sophisticated than the Harop loitering munitions that were used to great effect in the Nagorno-Karabakh conflict. According to a Ukrainian study on the Iranian-made drones, the Shahed, which contains a 40kg explosive charge, is only effective against fixed, not moving targets, which means they are unlikely to change the balance on the battlefield. But they will give Russia long-range strike capability even as traditional missile stocks decline.

Aerovironment says lessons are being learned from the use of loitering munitions in Ukraine, and it expects military field manuals and Tactics, Techniques and Procedures to quickly change in the months and years ahead as their use grows.

“Battles will be fought differently due to the expectation that the depth of the modern battlefield will more than double due to the introduction of loitering munitions alone,” it says.