Israel's Iron Dome Defence System recently celebrated 10 years since its first combat encounter on April 7, 2011. But is it as effective today as it was then? 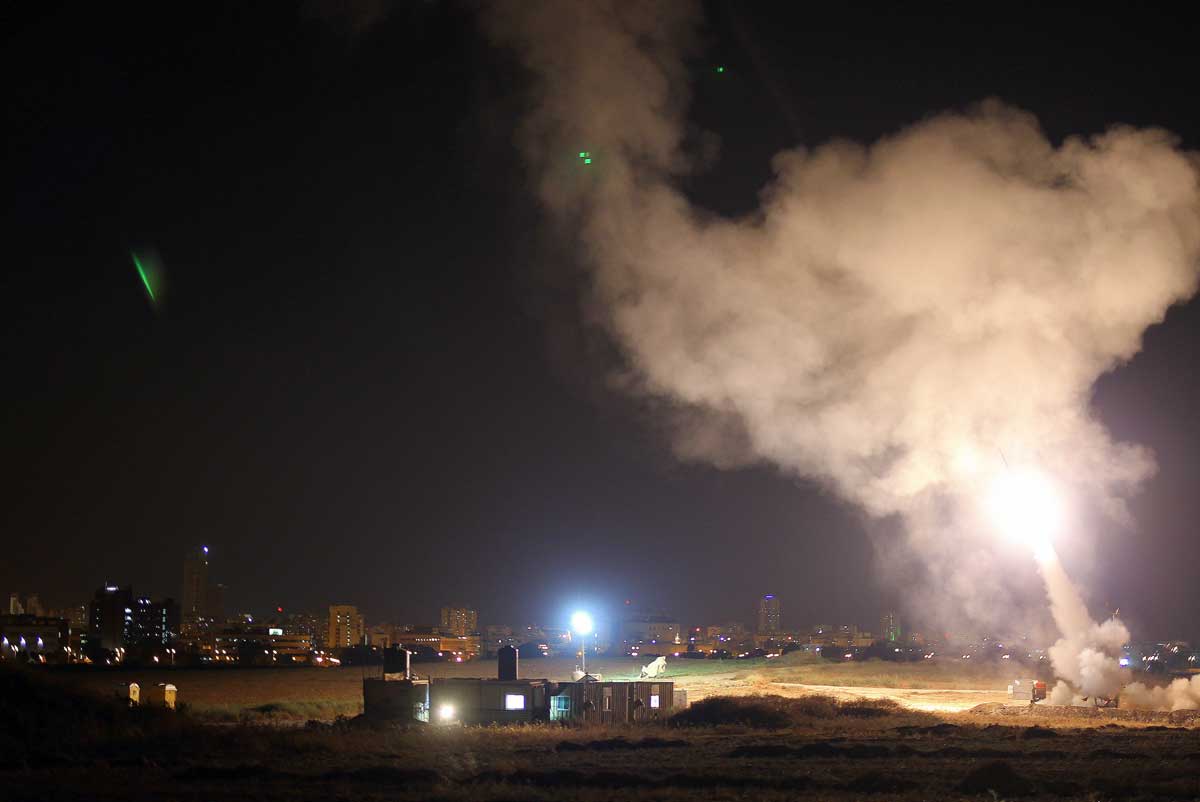 As missile defence systems go, Israel's Iron Dome is evocative for many reasons. For its makers, Rafael Advanced Defense Systems, it is a story of technology triumphing over adversity, by saving numerous lives on the hotly contested borders of Israel and the Gaza Strip.

"Iron Dome is a household name in Israel, and has become synonymous with excellence,” stated Rafael's President and CEO, Maj. Gen. (Ret.) Yoav Har-Even. “We are proud of our teams of scientists and engineers who developed this extraordinary system and are continuing to do so on a daily basis.”

Since it entered service in 2011, Rafael claims the system has made more than 2,500 combat interceptions against unguided rockets and mortar shells fired into Israel from Gaza, with a success rate of 90%, although some contest the accuracy of these figures.

But for Israelis, who call it the 'rocket crusher,' it is a mixed bag. On the one hand they recognize the system saves lives and prevents injuries to people and homes. But when the Iron Dome is  in operation they also have to live with the accompanying explosions, psychological terror and waling of sirens.

First developed in 2007 to defend Israelis against rocket attacks from Hezbollah and Hamas. the Iron Dome celebrated the 10th anniversary of its first combat interception on April 7. On this day, 10 years ago, the system was challenged in combat for the very first time.

A rocket launched from the Gaza Strip was detected by Iron Dome's radar. Within seconds, Rafael says that information was transmitted to the BMC (Battle Management Center). The battery operators needed to decide whether to activate an interceptor against the threat.

With a precise impact location provided by the BMC, pointing to the southern Israeli city of Ashkelon, with a population of more than  130,000  civilians, the crew decided to launch an interceptor. According to Rafael, they made combat history by intercepting the threat, preventing civilian injuries and significant damage to property.

But Iron Dome's first massive and dramatic performance took place a year later in 2012 during  Pillar of Defense operations when it intercepted more than 500 different threats fired from the Gaza Strip onto different parts of Israel, including heavy rocket barrages.

In addition to being operated by Israel, two Iron Dome batteries were recently sold to the US Army to fill a capability gap while it develops a longer-term solution to address air and missile threats. An Iron Dome system was also reportedly sold to Romania. Saudi Arabia is also believed to be interested in the system to defend against rocket attacks from Houthi rebels in Yemen.

HOW EFFECTIVE IS IRON DOME?

“As a result, defenders could pick and choose which rockets to fire at, saving rounds and minimising collateral damage,” she writes. Another factor, was that the interceptors were relatively cheap, which made it easier for users to “fine-tune the system.”

But turns out the missile defence system is somewhat of a double-edged sword for the Israelis, who have remained largely safe thanks to the watchful eye of Iron Dome, while Palestinians living in Gaza have suffered more devastation, which Bartels says has sparked international condemnation.

Iron Dome also changed the nature of warfare, increasing the IDF's reliance on air defence, argues Bartels, instead of good old-fashioned boots on the ground.

But in 10 years of combat operations, Israel's opponents have also had plenty of opportunities to learn how to circumvent the Iron Dome.

In May 2019, Hamas in Gaza reportedly launched more than 400 rockets into Israel in salvos of 30 to 40 rockets at a time.

According to Israeli defence journalist Arie Egozi, Iron Dome struggled to defeat the salvo, which reignited debate within the country as to whether a laser beam could do a better job.

In order to intercept a large number of rockets, Arie writes in our Summer 2019 edition, estimates suggest Israeli Defence Forces would need to fire more than 30,000 interceptors from the Iron Dome system, with the astronomical price of these reaching billions of dollars.

Bartels says systems like Iron Dome would struggle against more capable adversaries such as North Korea, which could fire anywhere in the region of 500,000 shells an hour for several hours, or tens-of-thousands of shells per day over an extended period.

The growing threat posed by missile salvos has reignited debate within Israel about the merits of  laser weapon systems, which could ‘kill’ a rocket with just a price tag of a few dollars attached to each laser pulse.

In 1996, Israel and the US co-operated on the development of the Nautilus laser “cannon,” otherwise known as the Tactical High Energy Laser (THEL), which could kill rockets.

The system managed to shoot down 28 shells, but the programme was discontinued in 2005 due to opposition to the laser weapon in Israel.

But Israel is back in the laser business, with Rafael unveiling its Iron Beam laser weapon system to defend against airborne threats from Gaza at the Singapore Air Show in 2014.

The directed energy laser air defense system is designed to complement to the Iron Dome missile defence system, but according to reports its deployment by Israeli Defence Forces is mired in disputes over defence budgets.

Directed Energy weapon systems offer a layered solution to help fill the gaps in defence coverage, especially against threats that are too close-in for the trajectory of a kinetic system. But they are power hungry and can have reduced effectiveness and utility in bad or poor weather conditions such as rain, fog, and heavy cloud cover.

But as attacks grow in scale and sophistication, and the costs of operating the Iron Dome spiral, some within Israel are calling for a new form of defence, a laser beam.

To read more about why laser weapon systems are high on Israel's agenda again, click here