A New Era of Maritime Patrol for the RAF

The RAF's maritime patrol capability has been bolstered by the arrival of the first Boeing Poseidon MRA1 Maritime Patrol Aircraft. 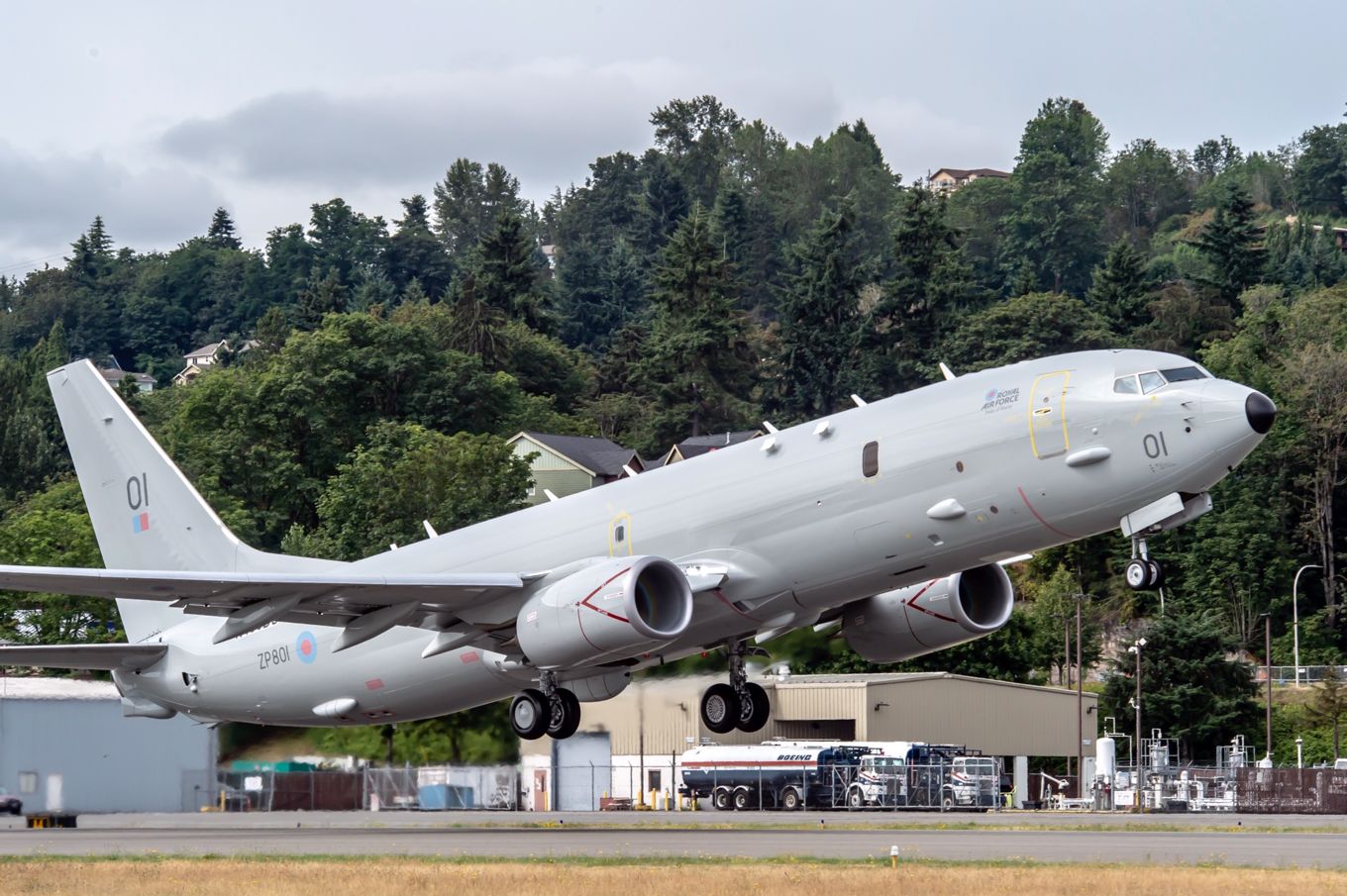 The Poseidon MRA1 is due to arrive in the UK in Sprin 2020 (Photo: MoD/Crown Copyright)

The UK has lacked an MPA capability since a replacement for the RAF's Nimrod fleet in 2010 was axed due to rising costs. However, a growing Russian submarine threat in the North Atlantic prompted the UK Ministry of Defence (MoD) to invest £3 billion in nine Poseidon aircraft to track hostile maritime targets, protect Britain's continuous at-sea nuclear deterrent and play a central role in NATO missions across the North Atlantic.

The aircraft will eventually be based at RAF Lossiemouth in Moray, Scotland. A total of £460 million is being invested in the station to prepare for the arrival of the new aircraft, including the construction of a £132 million strategic facility for the fleet to be completed next year.

“Poseidon is a game-changing maritime patrol aircraft, able to detect, track and if necessary destroy the most advanced submarines in the world today,” said Air Chief Marshal Mike Wigston, Chief of the Air Staff. “I am delighted and very proud that the Royal Air Force will once again have a maritime patrol force working alongside the Royal Navy, securing our seas to protect our nation.

Following an unveiling ceremony in Seattle, the aircraft was flown to Naval Air Station Jacksonville in Florida where RAF personnel are being trained to operate the aircraft. The aircraft is due to arrive in the UK in early-Spring 2020.

First Sea Lord, Admiral Tony Radakin, said Poseidon would give the UK the ability to conduct long-range patrols and integrate seamlessly with its NATO allies to provide a world-leading capability. “This will maintain operational freedom for our own submarines, and apply pressure to those of our potential foes,” he added.

The Poseidon MRA1 is equipped with sensors which use high-resolution area mapping to find both surface and sub-surface threats. The aircraft can carry up to 129 sonobuoys, small detection devices, which are dropped from the aircraft into the sea to search for enemy submarines.

The UK is also looking at the use of a maritime configured unmanned platform for anti-submarine warfare. The MQ-9B SkyGuardian, which the RAF's Reaper replacement the Protector RG Mk1 is based on, can carry and dispense sonobuoys from a pod under its wing.

The Poseidon will also be armed with Harpoon anti-surface ship missiles and Mk 54 torpedoes capable of attacking both surface and sub-surface targets.

As leading members of NATO, the UK has signed agreements with both the US and Norwegian militaries to cooperate closely on operating their Poseidon fleets across the North Atlantic.

To maintain the skills required to deliver this vital capability, the RAF has embedded aircrew within MPA squadrons in Australia, Canada, New Zealand and the US.

The Poseidon will be flown initially by 120 Squadron, which was originally stood up on 1 January 1918 and was the leading ASW squadron in WWII. 201 Squadron will also join the programme in due course.