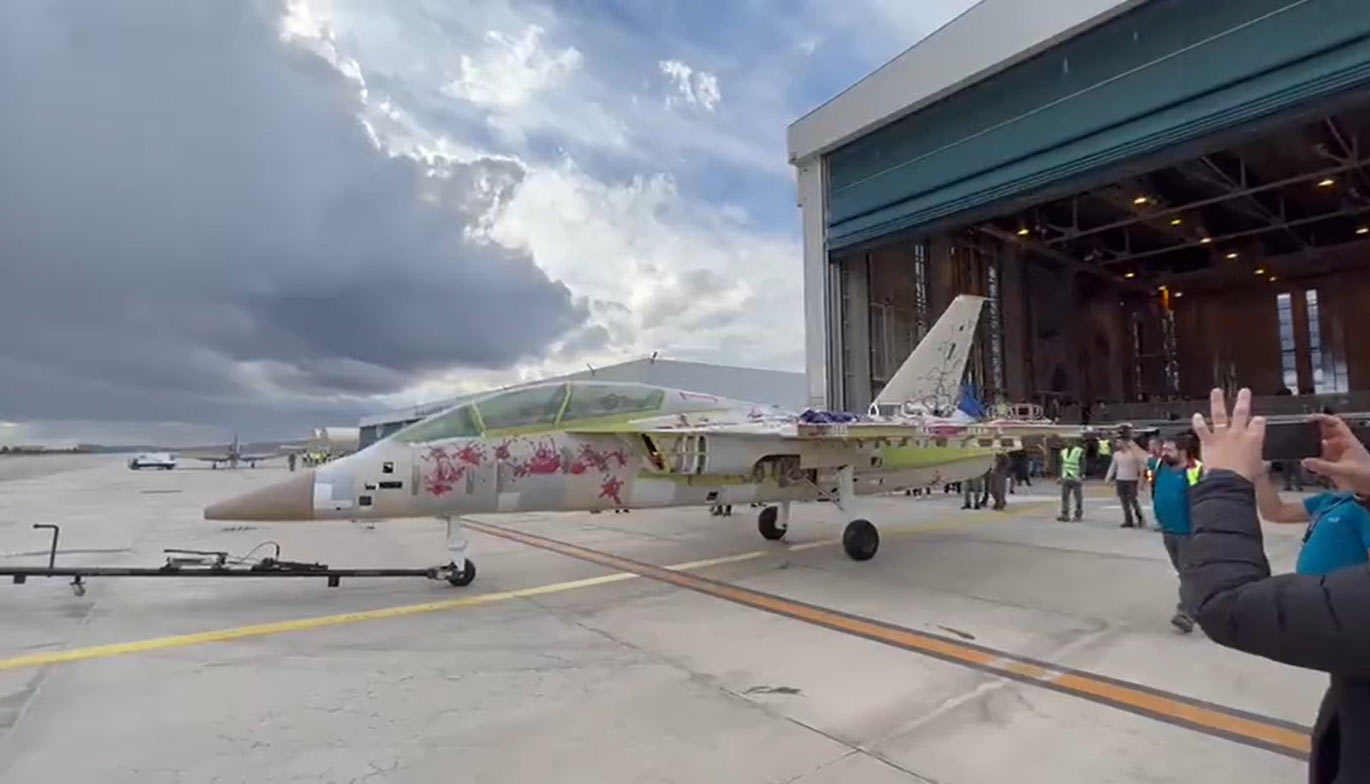 TAI's CEO Temel Kotil, stated that the first test flight of the ANKA-3 model had been conducted recently, and that a larger prototype would be unveiled in the coming months.

The unmanned aircraft will be operated alongside Turkey’s indigenous fighter jet TF-X, and HURJET, a single-engine, tandem seat, supersonic advanced trainer and light combat aircraft, designed and manufactured by TAI. The aircraft is 13.4 metres(43 feet) long and has a wingspan of 11 metres (36 feet), which provides environmental security during offensive operations.

HURJET is the first military jet aircraft developed by the Turkish national defence industry. Pictures emerged recently of the aircraft leaving the hangar for the first time on its landing gears. The engine had not yet been installed on the aircraft, but is expected to be fitted in the coming weeks and ground tests completed ahead of the aircraft’s maiden flight, which is scheduled for March 18.

The new generation jet trainer will replace the T-38 aircraft in the Turkish Air Force Command inventory and the F-5 aircraft, which is used for aerobatic demonstrations. The HURJET will also be deployed aboard TCG Anadolu, the Turkish Navy's future landing helicopter dock, which will a be used as a drone-carrier ship.

Mass production of the HURJET will commence in 2025, with the first deliveries to the Turkish Air Force Command also expected the same year.  HURJET is also competing in the  light attack aircraft tender for the Royal Malaysian Air Force. Turkish Aerospace aims to establish a strategic partnership with Malaysia to build a supersonic jet trainer for the Royal Malaysian Air Force, and expects to export 18 aircraft fort he RMAF.

On December 24, the Turkish newspaper, Yeni Safak, published leaked photos of the ANKA-3 MIUS (Muharip Insansiz Ucak Sistemi - Unmanned Combat Aircraft System) from TAI. According to Yeni Safak’s report, the jet-powered ANKA-3 MIUS, which is expected to be a force multiplier for the Turkish Armed Forces in the field of electronic warfare, will take off in the coming months.

Structural assembly of the first Anka-3 prototype should be completed in the next three months, and engine starts and taxi tests are scheduled for April 2023.

The ANKA 3 is powered by a turbofan engine and has an maximum take-off weight of about 7 tons. The drone is expected to reach speeds of 0.7 Mach. It will be fitted with internal and external weapon stations. The aircraft is being developed primarily for ISR, deep strike and destruction/suppression missions against enemy air defences.