A UK government inquiry aims to better understand how private military contractors like the Wagner Group operate, and whether members can be sanctioned. 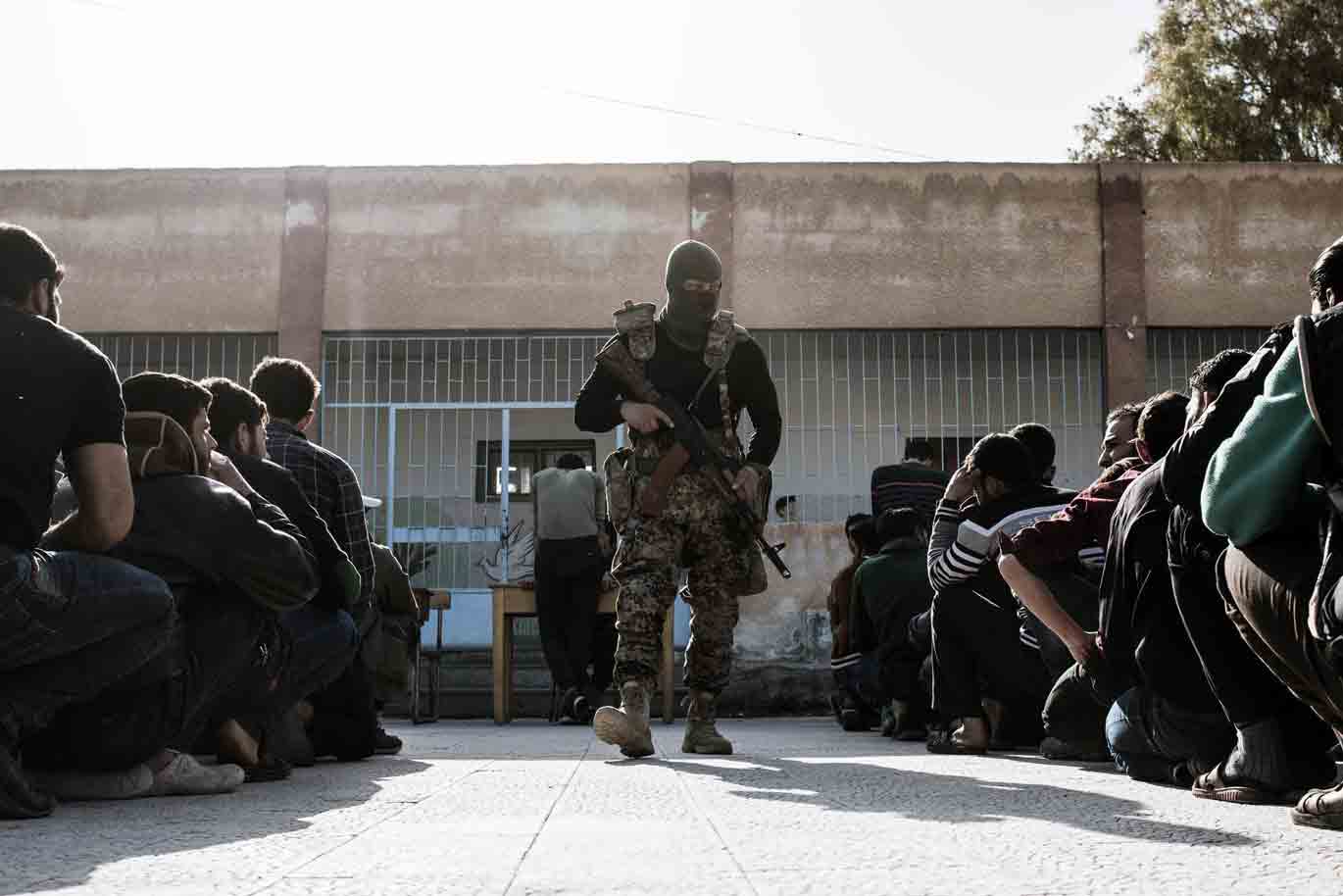 Unverified image of a Russian PMC said to be guarding rebels from East Ghouta, following a Syrian government forces siege there in 2013 during the Syiran civil war (Source:Twitter)

The UK government is launching an inquiry into the use of Private Military Contractors (PMCs), specifically the Wagner Group, which has been used by Russia in Syria and the war in Ukraine. The Foreign Affairs Committee-led inquiry, which is titled: The Wagner Group and beyond: proxy Private Military Companies, will explore the challenge posed by states’ use of PMCs as proxies in conflict and to destabilise fragile countries, as well as the UK Government response.

The inquiry will focus specifically on the mysterious Wagner Group, which – while officially a PMC – is said to have close ties to the Russian state and stands accused of some of the worst atrocities.

The Group, which has featured in recent rounds of UK sanctions against Russian entities, is playing an active role in the ongoing Russia-Ukraine war, but according to the UK government, there is evidence its operations extend to other countries, including the Central African Republic, Libya, Mozambique, Syria, Sudan, Venezuela and others.

Most Western analysts consider the Wagner Group to be a military structure, which acts solely within the interests of the Russian government and its geopolitical targets. Russia, however, denies any connection with the group.

“The Wagner Group is a mercenary company that serves Russia, at least at the moment," says Sean McFate, an Adjunct Associate Professor – Center for Security Studies (CSS)at Georgetown University's School of Foreign Services and a Senior Fellow at the Atlantic Council. "They have operated in Ukraine, Syria, and throughout Africa. Additionally, they are rumored to have been in Venezuela in 2018. Some mistakenly think of them as a GRU (Russian military intelligence) militia, but this is incorrect.” `The Wagner Group is Moscow's “tip of the spear” in Africa and the Middle East, says McFate, the first time Russia has conducted expeditionary military operations on those continents since the Cold War.

The "Syrian scenario" in Ukraine

Military analys say Russia is striving to implement the "Syrian scenario" on the  African continent and the Wagner Group plays an important role in these plans. With the help of mercenaries, it is ready to support African regimes faced with internal threats and limited by an arms’ embargo or some other isolation measures.

In 2019, some Wagner Group members from Syria arrived in Libya to provide military support to General Khalif Haftar, whose Libyan National Army was besieging Tripoli. The Wagner Group has some modern weapons, including drones, self-propelled anti-aircraft missile and cannon systems, MiG-29 fighters and Su-24 bombers.

While Russia began a redeployment of Wagner private military contractor (PMC) units and their Syrian proxies from Africa and Syria to Ukraine in early February, according to Washington-based think tank the Institute for the Study of War (ISW), “these forces have not had an observable effect within Ukraine. Their redeployment has created security gaps in the places they have left that Russia is attempting to mitigate at least partially.”

In a March 31 note about Russia mobilising reinforcements for its war in Ukraine from Syria and Africa, ISW states that Libyan media sources reported the redeployment of Wager Group units along with Pantsir air-defence systems and Syrian proxies in early February.

It also points to unconfirmed Syrian sources which reported that 500 Wagner fighters had already deployed to Ukraine from Syria by early March, alongside fighters from the pro-regime “ISIS hunters” militia, which works closely with Russian forces in Syria. Wagner dog tags with Syrian phone numbers were reportedly discovered by Ukrainian soldiers on killed Russian soldiers, and ISW states that British military intelligence said on March 28 that more than 1,000 Wagner militants and senior leaders were to deploy to eastern Ukraine.  “Russia has likely also pulled Wagner forces from other deployments, including the Central African Republic,” ISW writes, adding that the Group is also recruiting actively in Syria.

Chair of the UK Foreign Affairs Committee, Tom Tugendhat MP, said private military companies can operate as legal enablers of legitimate activity or in the shadows, blurring the lines between legal and illegal activities. Yet, despite the threat their use can pose to peace and democracy worldwide, he said international law in this area is ambiguous and policing powers are limited.

The Committee is welcoming written evidence on the following points:

The deadline for written evidence to the inquiry is Friday 6 May 2022.