Why Has Russia Invaded Ukraine?

NATO expansion into Eastern Europe and fears that Ukraine will acquire nuclear weapons are Vladimir Putin's justifications for invading Ukraine. 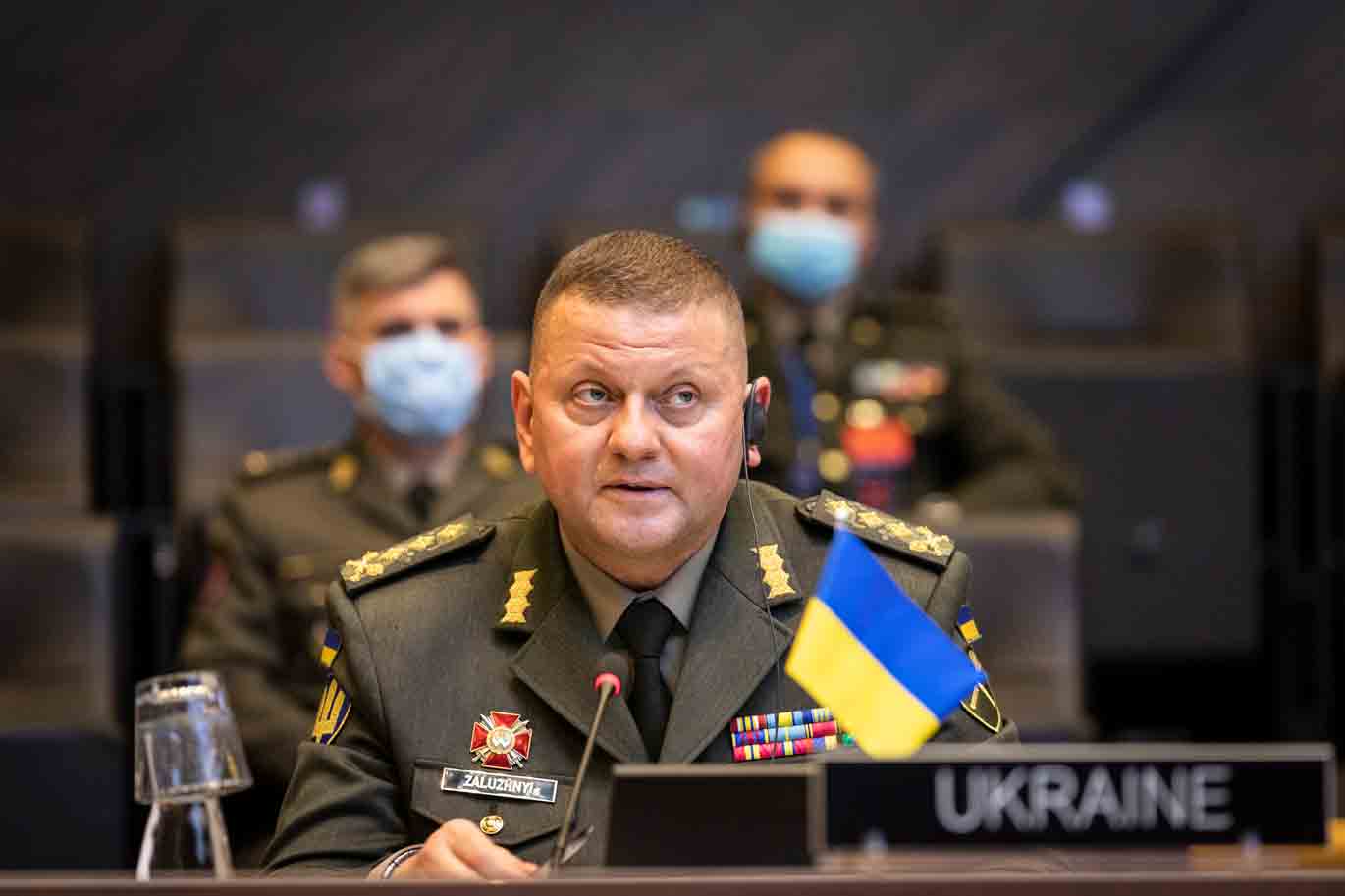 After months of will they, won't they, the world is no longer guessing what Russia's intentions are in Ukraine. On the 24 of February at 5am Kyiv time, Russian armed forces invaded Ukraine. Russian President Vladimir Putin said in a televised address he had decided to carry out "a special military operation" to demilitarise Ukraine.

Commander-in-Chief of the Armed Forces of Ukraine, Lieutenant General Valery Zaluzhnyi, reported intensive shelling of units and missile/bomb strikes on airfields in Boryspil, Ozerne, Kulbakino, Chuhuiv, Kramatorsk, Chornobaivka, as well as on military infrastructure of the Armed Forces of Ukraine. “At the same time the aggressor started artillery shelling of the areas and settlements along the state border and administrative boundary with the temporarily occupied territory of Crimea.” he stated. A video on YouTube showed what is believed to be a Ukrainian naval base on fire near Odessa.

As at 10:30am CET today, the General Staff of the Armed Forces of Ukraine reported that fierce fights were taking place in the direction of Kharkiv and in the Joint Forces Operation area, and claimed that their forces had taken control of Mariupol and Shchastia. “At least six planes, two helicopters and dozens of enemy armored vehicles have been destroyed,” they stated. But by late afternoon it was apparent that the military operation had turned into full-scale war with Russian forces reported to be heading to Kyiv.

Ukraine's President Volodymyr Zelenskyy, who said his country was being attacked from the north, east and south, and from the air, called on world leaders to form an international coalition to end Russian aggression. But given that Ukraine is not a NATO country, and US President Joe Biden has explicitly stated that US forces would not engage directly in a war with Russia, it is unclear what kind of support other than supplying weapons and imposing sanctions the West is likely to provide.

In a statement, NATO's North Atlantic Council stated: “We are deploying additional defensive land and air forces to the eastern part of the Alliance, as well as additional maritime assets. We have increased the readiness of our forces to respond to all contingencies.” It said additional steps were designed to further strengthen deterrence and defence across the Alliance, and that measures remained preventive, proportionate and non-escalatory.

After months of speculation and positioning of an estimated 190,000 Russian forces on Ukraine's border, Russian president Vladimir Putin's real intentions soon became clear after he signed a decree recognizing the independence of the separatist controlled regions in Donestk and Luhansk in eastern Ukraine. The decree gave Putin an excuse to send in Russian forces to the contested regions in Eastern Ukraine under the pretext of “enhancing security and protecting people living in the republics from external threats.”

Not long after the decree was signed, Moscow ordered troops to the breakaway regions, where in the last few days, "multiple shelling indicents" and ceasefire violations in Donetsk and Luhansk, otherwise known as the Donbas region, were reported by the  OSCE Special Monitoring Mission to Ukraine, which monitors adherence to the Minsk Protocols signed in 2014 to try and broker a ceasfire to end the war in the Donbas.

In an hour-long speech on Russian state television on Monday evening, which many commentators described as historically inaccurate and bordering on paranoia, Russian president Vladimir Putin accused Ukraine of failing to stick to the Minsk Protocols and claimed it was working on a new 'blitzkreig' in the Donbas.

The Minsk Protocols were drawn up following Russia's annexation in Crimea. The protocols were drawn up by The  Trilateral Contact Group on Ukraine, which included representatives from Ukraine, the  Russian Federation, and the  Organization for Security and Co-operation in Europe, which tried, through diplomatic means, to bring an end to the war in the Donbas region. With the signing of the decree by Russia recognizing the independence of the separatist controlled regions in the Donbas, and Russia's invasion of Ukraine, Putin stated that the the Minsk Protocols "no longer existed."

What does Putin really think about Ukraine and NATO?

So what is Putin's beef with Ukraine and NATO? Most of his concerns, or paranoia, appear to stem from Ukraine getting a little too cosy with NATO and claims that it is looking to acquire nuclear weapons. In his almost hour-long rant on Monday, Putin lashed out at Ukraine declaring that it was acquiring weapons of mass destruction and that its military units were under the command of NATO's chief of staff.

Following the dismantling of the former Soviet Union in 1991, the newly independent Ukraine found itself with an arsenal of approximately 9,000 intercontintenal ballistic missiles left behind by Russia, which it ended up destroying or returning to Russia, a decision it may regret now given Russia's invasion.

Putin claimed joint exercises held last year between NATO and Ukraine forces were a pretext for the increased military presence of NATO in Ukraine.  “There are NATO troops in Ukraine and the command of Ukrainian units is under the chief of staffs of NATO,” he declared in his televised speech. He pointed to “waves of NATO enlargement to the east” — Poland,  Hungary, and the  Czech Republic  in 1999, followed by Bulgaria, Estonia, Latvia, Lithuania, Romania, Slovakia, and Slovenia   — which he said had eroded mutual trust.

A new $750,000 maritime operations center being built by the US Navy on Ukraine’s Ochakiv Naval Base, to conduct command and control of Black Sea-region maritime assets during the joint US and Ukrainian annual Sea Breeze exercise, also seems to have raised Putin's hackles. He believes it is a front for a military build-up in the Black Sea.

NATO had also failed to listen to Russia's requests for a missile treaty, added Putin, who claimed that land-based Tomahawk missiles were being prepared for deployment at a US military installation in Poland, which forms part of the Aegis Ashore land-based missile defence programme, which the US has denied. The Aegis Ashore site in Poland is expected to be operational by the end of 2022, and will use either the Standard Missile-3 (SM-3) surface-to-air-missile, or the SM-3 Block IIA. “Ukraine deploying these systems and joining NATO is only a matter of time,” claimed Putin. “Russia is ready to take all the necessary measures to ensure its security.”

See how Russia's armed forces stack up against Ukraine's 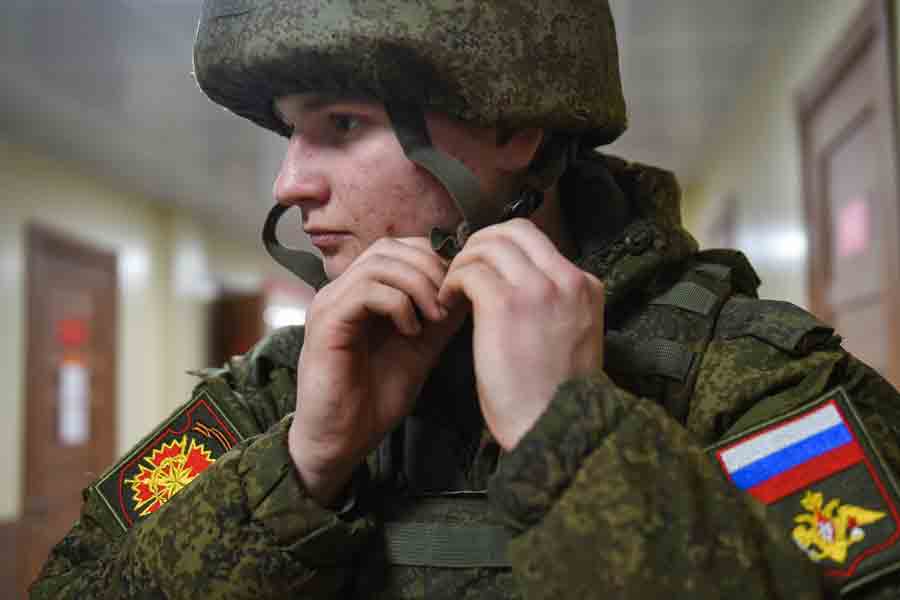