Iran and an accelerated nuclear arms race in the Middle East

Could the West's failure to secure a new nuclear deal with Iran, force some Arab and Middle East countries to develop their own nuclear weapon programmes? 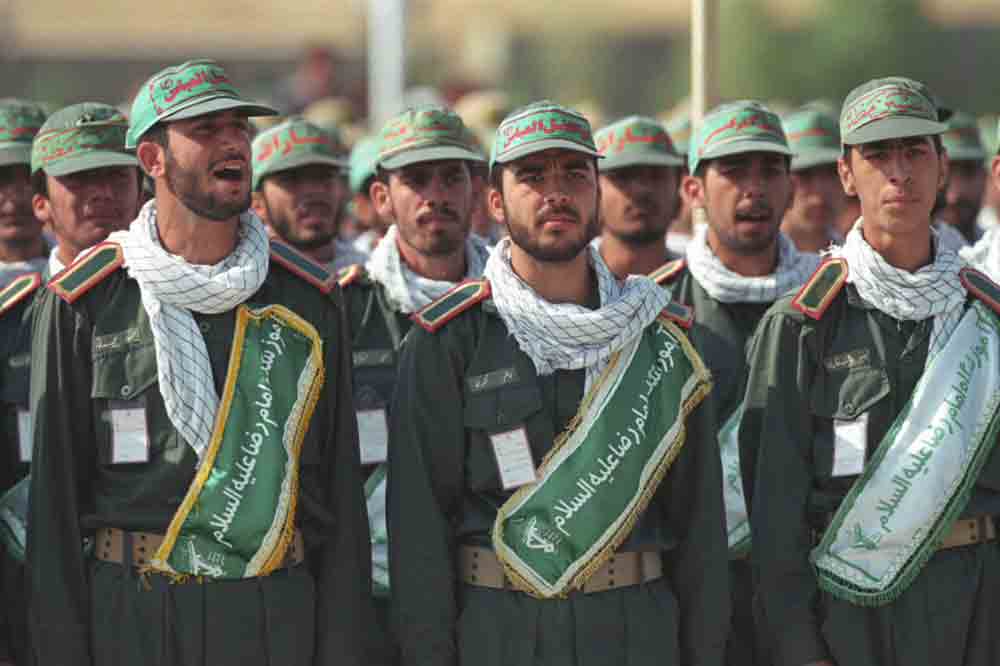 As the chances of signing a new nuclear deal with Iran appear to be waning, some Gulf and Middle East countries are weighing the prospect of entering an accelerated nuclear arms race.

The US was weighing dropping the Islamic Revolutionary Guard Corp from the terrorism list, howevr US president Joe Biden's change of attitude toward the IRGC is  likely to have had an immediate impact on the possibility of signing a new nuclear deal with Iran. In this respect, according to Israeli defense sources, it looks like Iran could accelerate its nuclear programme.

On Friday the 6 April, the US State Department Principal Deputy Spokesperson Jalina Porter stated in a press briefing that President Biden regards the Islamic Revolutionary Guard Corps' Quds Force as a terrorist group. This sentiment was echoed by Chairman of the Joint Chiefs of Staff Gen. Mike Milley who is said to have told a Congressional hearing that he opposes removing the IRGC from the US terror list, and believes the Quds Force to be a 'terrorist organisation.'

However, the Iranians are showing a much tougher stance in response to the US's position. According to the Middle East Media Research Institute, in a March 10 speech to members of the Assembly of Experts, Iranian Supreme Leader Ali Khamenei said that Iran must not compromise on its positions in the nuclear deal negotiations. He confirmed, for the first time, that Iran's expansion in the Middle East, which he called "a form of military power," is Iran's "strategic depth," and defined Iran's nuclear programme  – "the scientific aspect" – and Iran's expansion in the region as the "arms" of Iran's "power" that must not be relinquished in talks with the US on the lifting of sanctions. Thus, Khamenei effectively stated that Iran's IRGC must not be hobbled in the region, contradicting US demands in the negotiations that Iran publicly commit to refraining from escalating events in the Middle East.

This situation has again spurred the effort of Gulf States to contemplate military nuclear capability.

Abdulkhaleq Abdulla, a former adviser to the leaders of Abu Dhabi and a political science professor, is said to have called on the Gulf states to possess a nuclear bomb to deal with Iranian threats. He is said to have tweeted recently: "Iran will hold a nuclear bomb, with or without an agreement with the international community.”

He added that, the way to deal with such a threat is for the Gulf States to develop a joint nuclear programme with the aim of a nuclear bomb for every Iranian nuclear bomb.

According to a paper prepared by Yoel Guzansky and Galia Lindenstaruss from the Israeli Institute for National Security Studies (INSS), many decision-makers and analysts in Israel and around the world contend that Iran’s attainment of a military nuclear capability will increase nuclear weapons proliferation in the Middle East and create a multi-polar nuclear system in the region.

“Saudi Arabia, Turkey, and Egypt are considered the main candidates to go nuclear in order to balance Iran’s nuclear power,” they write, adding that it could begin with the development of a civilian nuclear program, or efforts to obtain an off-the-shelf nuclear deterrent in the short term.

The researchers add that, if Saudi Arabia, Turkey, and Egypt join the nuclear arms race, even if the process is ultimately not completed, other countries in the region will feel threatened.

For Saudi Arabia, the American nuclear umbrella seemed preferable over the years to an independent effort to obtain nuclear weapons.

“Nevertheless, the consequences of nuclear weapons in the hands of Iran for Saudi Arabia’s security and the rising doubt in Riyadh regarding the willingness of the US to continue providing it with a defence guarantee, are likely to tip the balance of Saudi considerations,” the INSS researchers writes.

Israeli defence sources claim that there are "many indications" that some Gulf states are doing initial steps to evaluate what is the best way for them to acquire military nuclear power.

Dr. Mordechai Kedar an Israeli senior expert on Middle Eastern and Gulf issues told Defence Procurement International that in the current situation, some states, mainly Saudi Arabia and Turkey, could consider military nuclear programmes. "These countries fully understand the threat posed by Iran with a bomb and want to balance the situation," he says.

Although traditionally Turkey has committed to the nuclear nonproliferation regime, in a December 2021 paper entitled: Turkey's Nuclear Future, Dr. Assa Ophir, a freelance geopolitical and OSINT Analyst, said a possible regional nuclear arms race, most likely triggered by Iran in the near future, may put an end to Ankara's self-restraint.

In 2019, Turkey's president Recep Tayyip Erdoğan, made headlines when he stated at the Central Anatolian Economic Forum in Sivas, "Someone has a nuclear-tipped missile... But I should not have a nuclear-tipped missile in my hand! I do not accept this." Israel right next to us has nuclear weapons, Erdoğan said, before adding: “Dear brothers and sisters, we are currently working on it,” not ruling out the possibility, that at some stage Turkey might pursue a military nuclear programme.

ABOUT THE AUTHOR: Arie Egozi is an Israeli-based freelance journalist covering aerospace and defence