EU's iMUGs demonstrates the use of UGVs for collecting and sharing information and enhanced situational awareness on the battlefield. 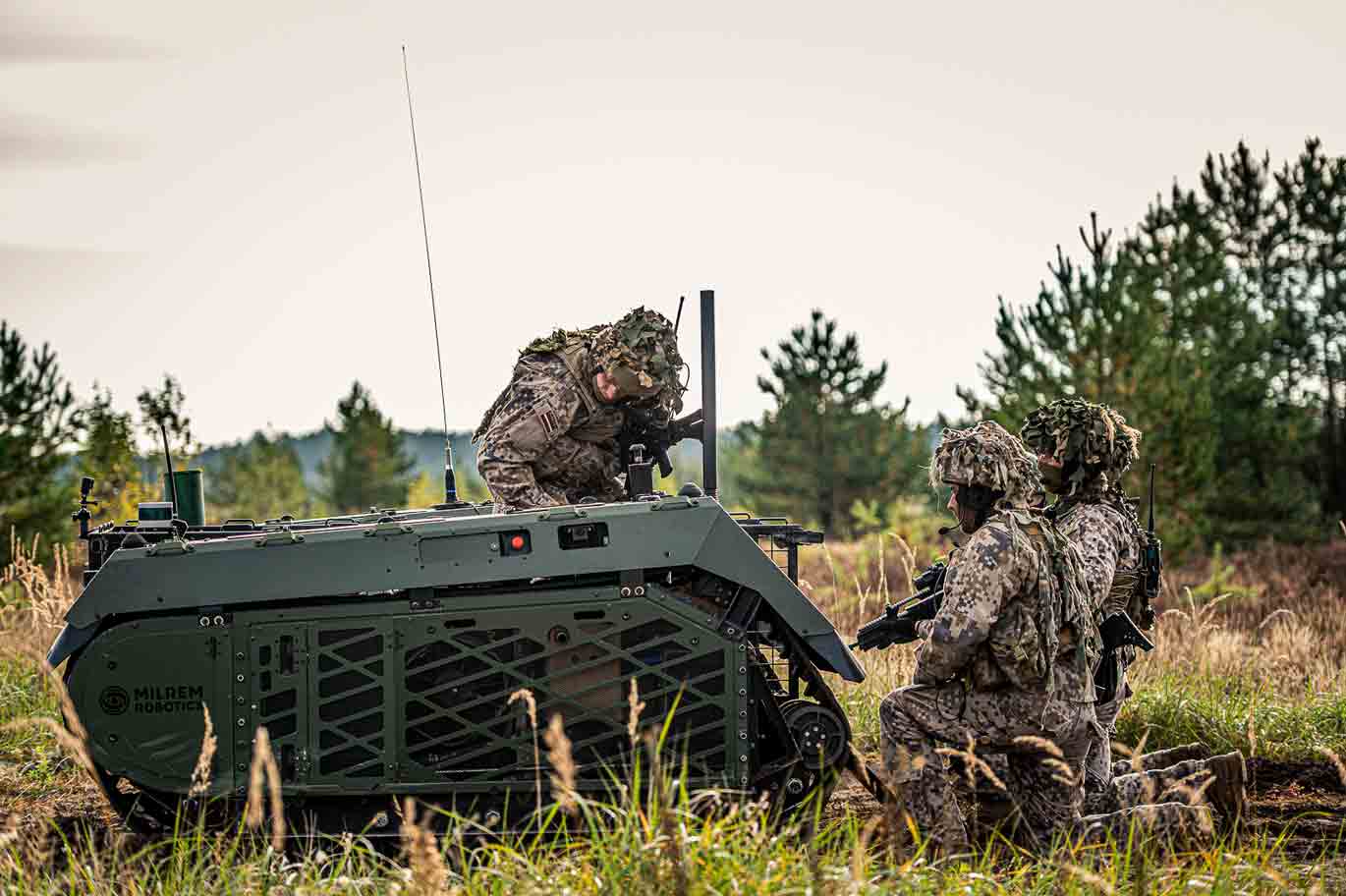 Unmanned systems, enhanced with innovative communication systems, can be used for collecting and sharing tactical information.That is the conclusion drawn from a demonstration, in Latvia in September, by Latvian National Armed Forces using two Milrem Robotics’ THeMIS Unmanned Ground Vehicles (UGV) to display the benefits of teaming manned units with unmanned systems.

The iMUGS Consortium, which is leading a €32.6 million project to develop a European standard unmanned ground system (UGS), demonstrated how defence forces can use tactical 4G/5G communications networks, as well as ISR and signal intelligence payloads, jammers, and acoustic sensors, to conduct missions.

The demonstration was performed in September in Latvia and led by LMT, a member of the integrated Modular Unmanned Ground System (iMUGS) consortium, and supported by project co-ordinator Milrem Robotics.

The second THeMIS, was used as a mule for transporting the squad’s equipment, and was equipped with Rantelon’s Improvised Explosive Device (IED) Jammer and Bittium’s Tough SDR Vehicular.

The units and UGVs used Bittium’s tactical communication network TAC WIN, which was combined with LMT’s commercial 4G and a tactical 5G-SA bubble provided by Bittium and Cumucore.

In addition, Krauss-Maffei Wegmann’s (KMW) Dingo infantry mobility vehicle was used as the command centre from where UGVs were operated in Line of Sight (LOS) and Beyond the Line of Sight (BLOS) mode using Bittium’s SDR radios and to where the ISR and Signal Intelligence sensor feed was relayed and incorporated into LMT’s Battle Management System Viedsargs. 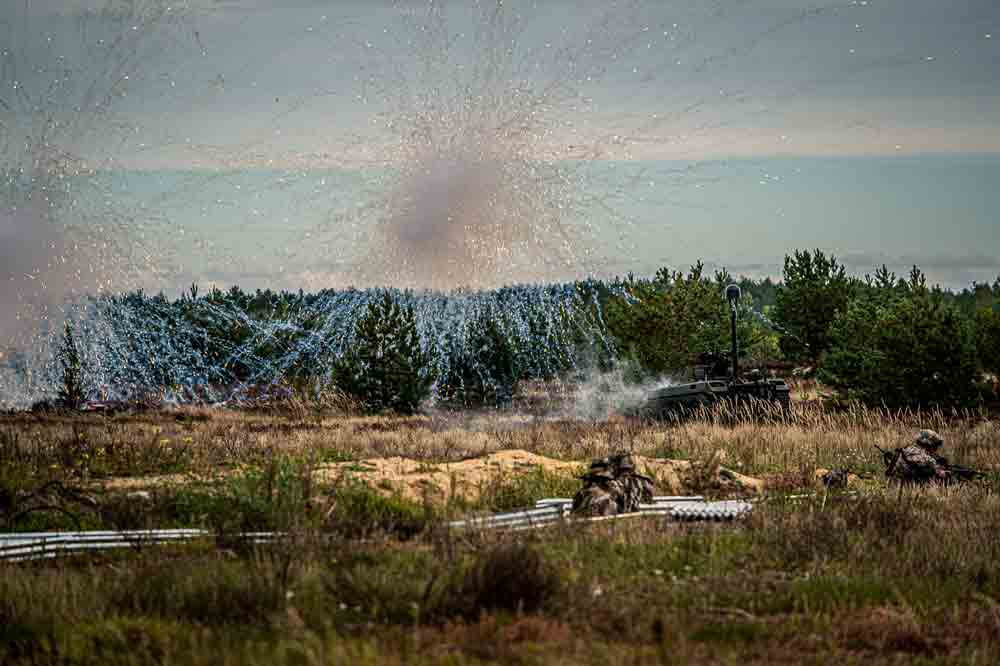 ''For the first time ever, in a special network, a tactical network was connected with a stand-alone 5G network. This allowed communication between units and robots, as well as collecting information from sensors and placing this information into the mission LMT’s Battle Management System "Viedsargs'','' said Ingmars Pukis, vice president and member of the management board of LMT.

Many countries are experimenting with the use of UGVs for everything from logistics, equipment transport, weapon systems, tactical surveillance, but their future role on the battlefield is far from decided. While they could be used to provide surveillance, greater situational awareness and lethality, integrating them into the battlespace is likely to prove challenges. For example, a UGV, could give forces' position away to the enemy.

But with armies shrinking — the British Army is to be reduced to 72,500 troops by 2025 — unmanned vehicles will inevitably do some of the 'dull, dirty and dangerous' tasks soldiers used to do.

The iMUGS project was launched in 2020 to develop a modular, cyber-secure, and scalable architecture for hybrid manned-unmanned systems. Its goal is to standardize a Europe-wide ecosystem for ground platforms, command, control, and communication equipment, sensors, payloads, and algorithms.

The objective is to address operational challenges through enhanced interoperability, increased situational awareness, and faster decision-making.

WATCH THE iMUGS DEMO WITH THE UGV EQUIPPED WITH ISR PAYLOADS