Israeli Defence Firms To Deepen Ties with the UAE 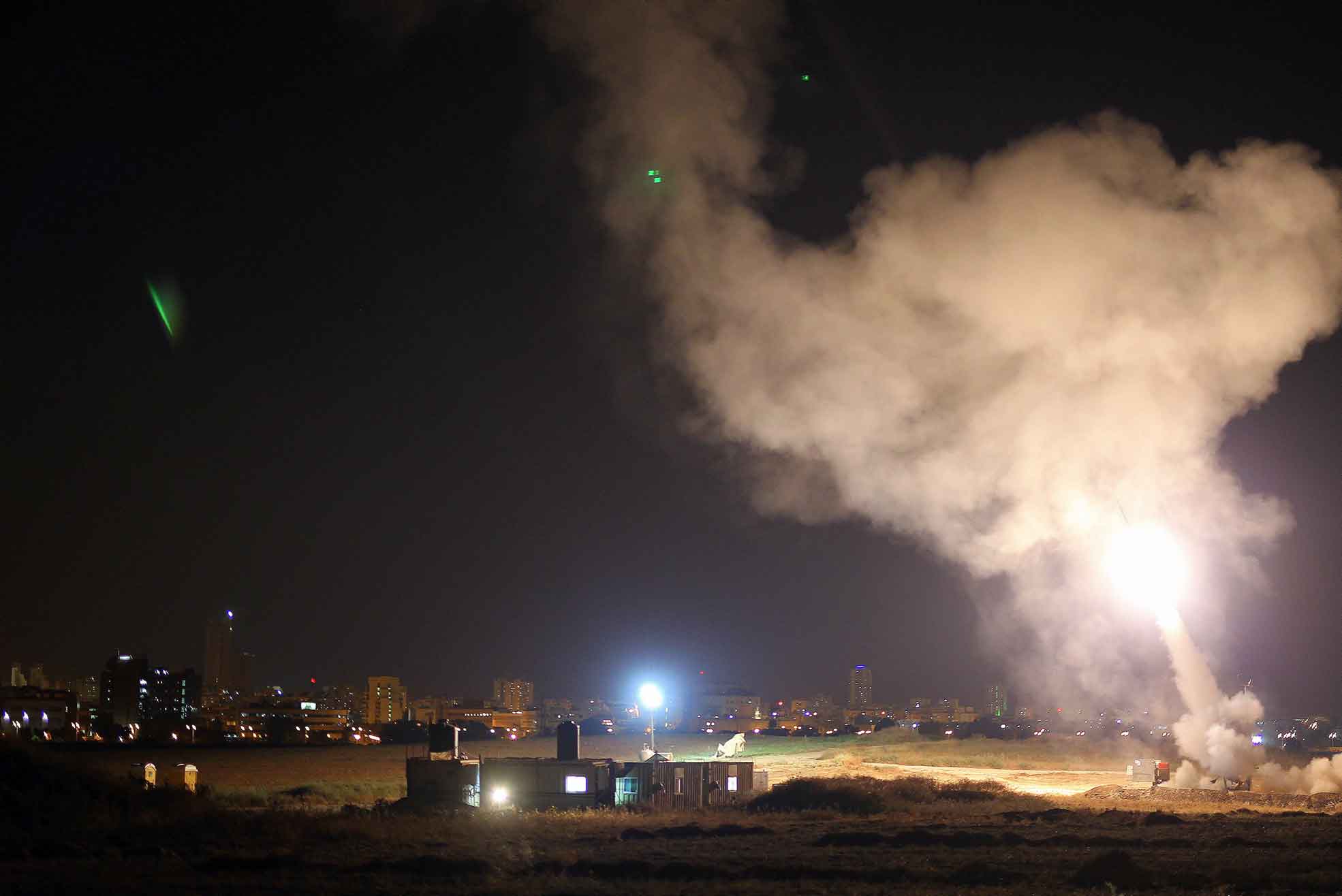 The Iron Dome missile defence system intercepts rockets in Gaza: Israel has approved the urgent deployment of the missile system to Gulf states to defend against swarm attacks like the one launched against Saudi Aramco in 2019 (Photo: IDF)

D
espite the fact that some 250 Israelis from the Ministry of Defence and defence industries could not attend the International Defence Exhibition (IDEX) in Abu Dhabi (21-25 February), the projected potential for weapons sales between the two countries looks promising, with air defence slated as one of the potential areas of co-operation.

The Israeli delegation was unable to attend the defence fair as Ben Gurion airport is closed because of the pandemic. The chalets of the Israeli MoD and the three major defence contractors – Israel Aerospace Industries (IAI), Elbit systems and Rafael — were manned by people from local companies that have business relations with the Israeli companies.

The normalising of diplomatic ties between Israel and the UAE as part of last year's Abraham Accords, has had two contradictory effects related to the quest of the GCC country to procure the most advanced weapon systems, and to defend itself against threats from Iran and its proxies in the region.

On the one hand, Israel sees the UAE as a potential customer for some Israeli-developed weapon systems, but on the other, Jerusalem is asking Washington to keep Israel's qualitative military edge. According to the Israeli Defence Ministry, the UAE is unable to get the most advanced Israeli defence technologies.

Some Israeli defence companies are in different phases of negotiations in an effort to create a massive presence in the UAE, including local offices and joint ventures with local companies. Formal relations, especially in the first phase, could be with US subsidiaries of the Israeli companies. The negotiations are supervised by the Israeli Ministry of Defence and sources say that the "approach is positive."

Before the peace agreement was reached with the UAE, Israeli companies were active in the UAE, but mainly in areas such as cyber defence and homeland security. Now the talks are focused on Israeli-developed defence systems that can help the UAE defend itself from a common enemy – Iran.

Boaz Levy, IAI's president and CEO said that the company is open to promoting defence as well as civilian endeavours on a range of topics, such as space and satellites, air defence and rocketry, intelligence, robotics, UAVs, cyber and more. "[IDEX] is a harbinger of long-term activity in the UAE and in the region as a whole," he said.

IAI wants to create a hub in the UAE for its operations and has expressed its intentions in preliminary talks with UAE officials. It is ready for "a variety of co-operation formats."

Ariel Karo, executive vice-president of marketing and business development at Rafael said the UAE is a very advanced country, which is looking for new technologies all the time. “Add to this the fact that Israel and the UAE have common enemies and that further explains their huge interest in our technologies," he said.

Karo says the UAE is specifically interested in Rafael's capabilities in the field of air defence. "Our company developed two tiers of the Israeli multi-tiered air defence system—the Iron Dome and David's Sling—and they know about the super capabilities of these two systems.”

Rafael also participated in the parallel exhibition, NAVDEX, which is focused on naval systems. "Rafael has a long list of naval systems that have already caught the attention of the UAE,” says Karo. “We will present our unmanned weapon stations, which are very effective in countering swarm attacks of manned or unmanned boats."

The Houthi rebels in Yemen are using swarms of explosive boats to hit targets in the Gulf. Some unnamed Gulf States are trying to persuade the US to urgently deploy the Israeli Iron Dome air defence system to protect some of their sensitive sites.

Israel has approved the urgent deployment request. This unexpected request comes after Saudi Arabia and the UAE began to evaluate the possible purchase of the Israeli-made Iron Dome air defence system to protect against attacks by the Houthi rebels, Iran's proxy in the region.

According to Israeli sources, Washington has been informed about the potential acquisition and pointed to the failure of Saudi air defence systems to foil a major attack on Saudi Aramco oil-processing facilities in 2019 by a swarm of drones and cruise missiles.

Israeli sources said that the UAE is expecting a limited time deployment of the US Army's Iron Dome, but the plan is to procure additional systems from Israel. The attack is alleged to have been carried out by Houthi rebels in Yemen operating under direct orders from Tehran.