Challenger 3 Tank for the British Army

Only 148 of the British Army's 227 Challenger 2 tanks will be upgraded as part of an £800 million contract with Rheinmetall BAE Land Systems. 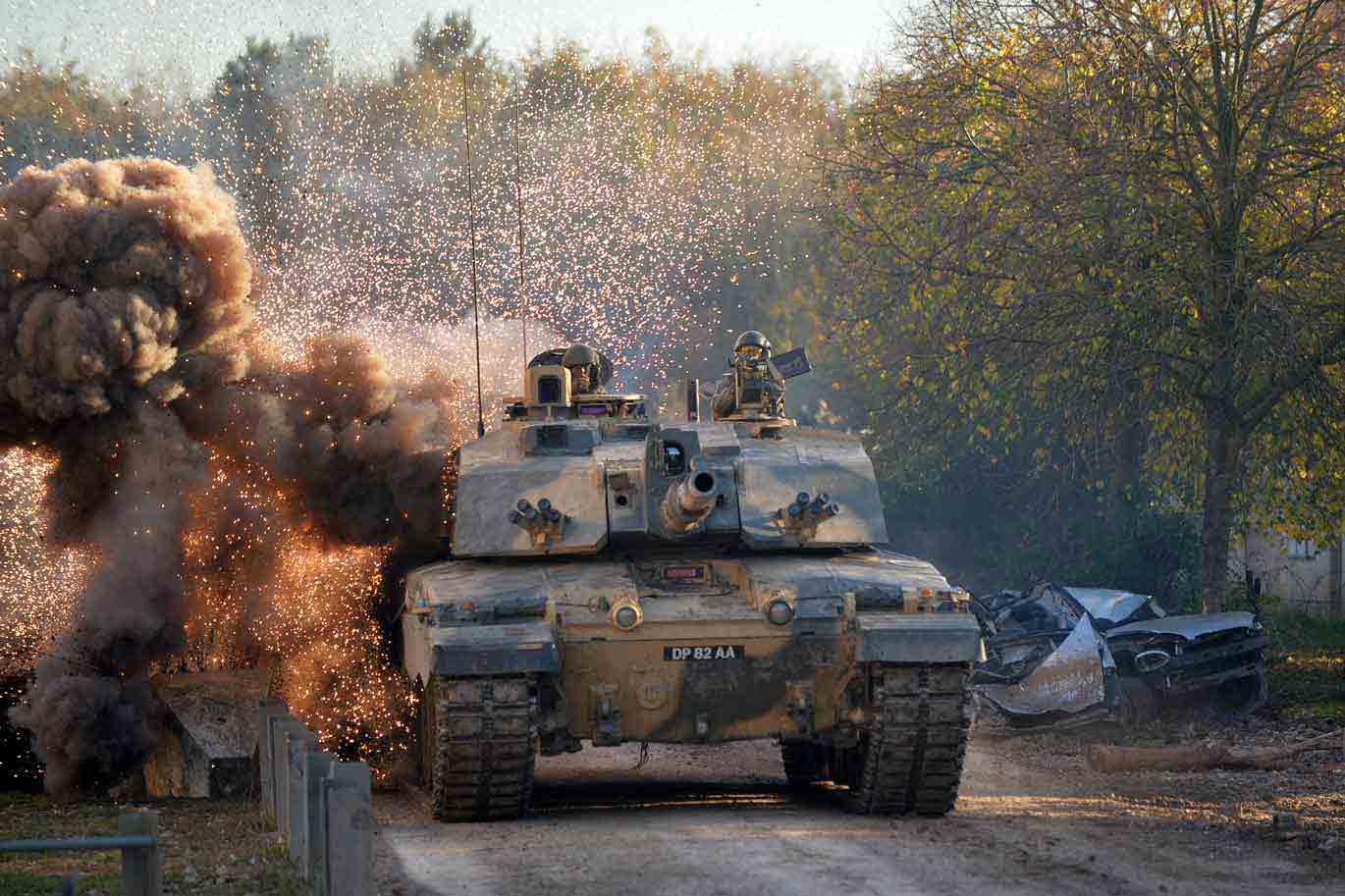 The British Army will receive 148 upgraded Challenger 3 tanks as part of an £800 million contract awarded to Rheinmetall BAE Systems Land (RBSL) by the UK's Ministry of Defence.

The almost 30-year-old Challenger 2 tank, which will be dubbed Challenger 3 after the upgrade is completed, will be fitted with the latest 120 mm high-pressure L55 smoothbore gun from Rheinmetall, which fires sub-calibre kinetic energy projectiles and programmable multipurpose ammunition, which will be able to travel at faster speeds with an increased range a

The tank will also feature a completely new turret structure and a digital system architecture. Improved survivability systems will also assure maximum crew protection. The main optical sights will improve the target acquisition and tracking capability of both the commander and gunner.

Challenger 3 tank upgrade: What it includes?

Other enhancements, which form part of the British Army’s Challenger 2 Life Extension Project, or LEP, include an upgraded engine with a new cooling system and suspension to improve accuracy when firing in transit.

A new automatic target detection and tracking system will be used to identify threats, whilst new thermal long-range cameras will be fitted as part of a day/night image system. The whole life cost of the Challenger 2 LEP is estimated to be in the region of £1.3 billion.

“In technological terms, the upgrade will put the British Challenger tank on the cutting edge of NATO’s armed forces,” said Armin Papperger, chief executive of Rheinmetall. “To make this happen, we’ve amalgamated the long-standing expertise of RBSL with Rheinmetall of Germany’s unsurpassed know-how in large-calibre weapon systems, digitisation and advanced turret solutions.”

How many Challenger 2 tanks will be upgraded?

Only 148 of the British Army's 227 Challenger 2 vehicles will be upgraded, with the remainder expected to be placed in storage. “This represents a huge shift in the modernisation of our land forces through the increased lethality of Challenger 3,” said Defence Secretary Ben Wallace. “This pioneering new technology allows us to deliver immense war fighting capabilities in battlespaces filled with a range of enemy threats.”

As part of the Army’s commitments to adapt to meet future threats, Challenger 3 will be fully digitalised, integrating information from all domains whilst being able to travel at speeds of up to 60 mph. Full Operating Capability for the Challenger 3 tank is planned for 2030, with initial operating capability expected by 2027.

The Challenger 2 tank has been in service since 1998. Despite its success in Iraq and the First Gulf War, a lack of significant upgrades made it look out of date against other NATO tanks like Germany's Leopard 2 and the US's Abrams Main Battle Tank, and entirely new tank designs such as Russia's T-14 Armata, which featured a remote-controlled turret and active protection system.

RBSL says that the LEP will make Challenger 2 comparable to the Leopard 2 and Abrams tanks in areas such as mobility, survivability and lethality.

How many tanks does the British Army have?

Challenger 2 is the only Main Battle Tank operated by the British Army. Speculation has been rife for many years that it would not survive various equipment reviews.

Last year, there were widely publicised rumours that the Challenger 2 LEP was to be scrapped. The UK MoD's recent Integrated Defence Review and Integrated Operating Concept  added to the speculation by questioning the future of heavy armour.

Instead it focused on smaller and faster capabilities to avoid detection and reduced physical protection for the sake of increased mobility. Some argued that heavy armour was “a Cold War anachronism.”

But in oral evidence given to the UK government's Defence Committee, Brigadier (Ret'd) Ben Barry, Senior Fellow for Land Warfare at the International Institute for Strategic Studies maintained that “tank heavy armour, or, for that matter, medium and light armour, is part of a 21st-century combined arms battle.”

Consultant Nicholas Drummond who advised Krauss-Maffei Wegmann on its competing proposal for the Challenger 2 LEP, said that heavy armour still has a role to play as demonstrated by its use in recent conflicts in Ukraine and between Azerbaijan and Armenia.

However, the total number of Challenger 2 main battle tanks in frontline service will be reduced from three battalion-sized regiments to two, with one regiment swapping its tanks for the AJAX AFV.

How good is the Challenger 2 tank?

In addition to serving in the First Gulf War and Operation Iraqi Freedom in 2003, the Challenger 2 tank also served in Kosovo where it is said to have been very reliable and given soldiers a massive amount of confidence.

There were, however, reliability issues with the tank in the Gulf War, which resulted in a number of upgrades, including additional armour.

In 2003 in Basra during Operation Iraqi Freedom, a Challenger 2 tank reportedly survived being hit by 70 RPGs. Royal Scots Dragoon Guards who were sheltered inside the tank survived the ordeal.

Outside of the British Army, the only other country that acquired the Challenger 2 was Oman, which has observer status on the Challenger 2 LEP.  Both countries' Challenger 2s featured prominently in Exercise Saif Sareea 3  held in the Omani desert in 2018.

Where is the Challenger 2 being upgraded?

Much of the upgrade work will be carried out in the UK at the Rheinmetall BAE Systems Land (RBSL) plant in Telford in the West Midlands.

The company boasts a rich heritage, having delivered the first Challenger 2 tanks to the British Army over 25 years ago when it was Vickers Defence Systems, the original designers of the Challenger.

RBSL is a joint venture between Rheinmetall and BAE Systems, with Rheinmetall Landsysteme GmbH holding 55% of the shares. Work will be directed from the RBSL factory in Telford, with technical support from the company’s heavy armour specialists in Telford and at the RBSL facility in Washington near Newcastle in the northeast of England.

At RBSL, the Challenger programme will maintain some 200 member of staff, including 130 highly skilled engineers and 70 technicians. During the next five years, RBSL says it will offer employment and training opportunities to more than 60 trainees. Moreover, in the British supply chain some 450 jobs will be maintained or newly created. 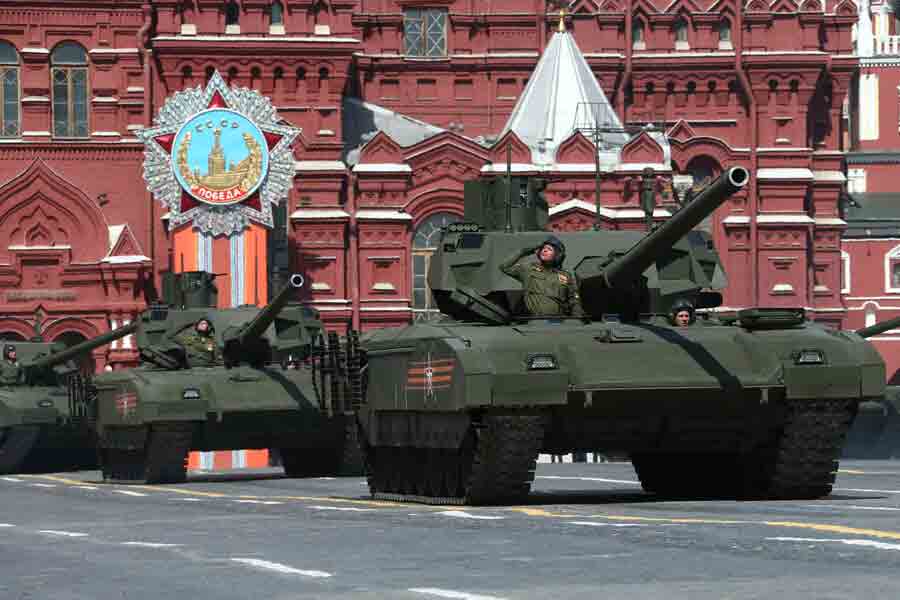 A Century of Tank Development 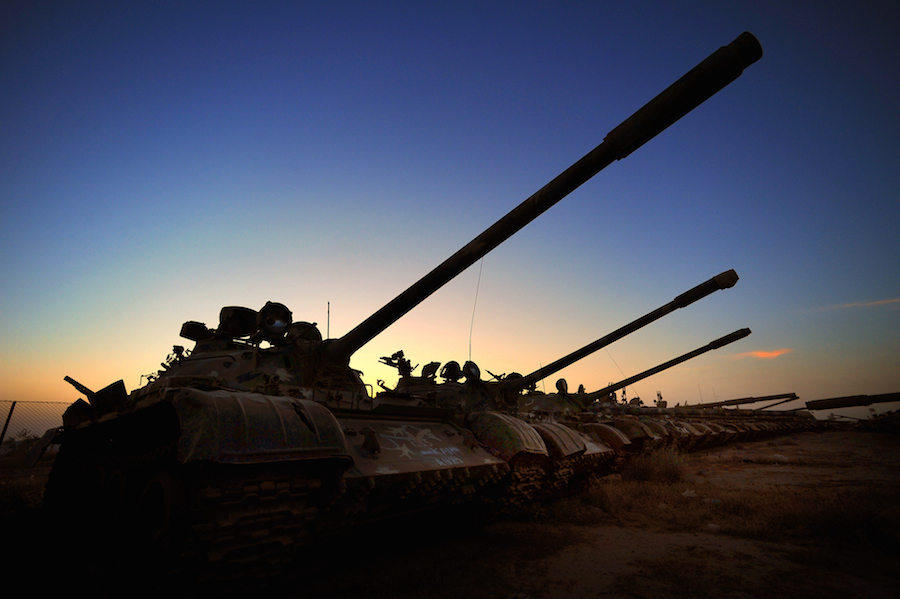