The Shadow of Swiss neutrality on the war in Ukraine

Why has Switzerland blocked the re-export of ammunition for the Gepard tank, which Germany has agreed to send to Ukraine? 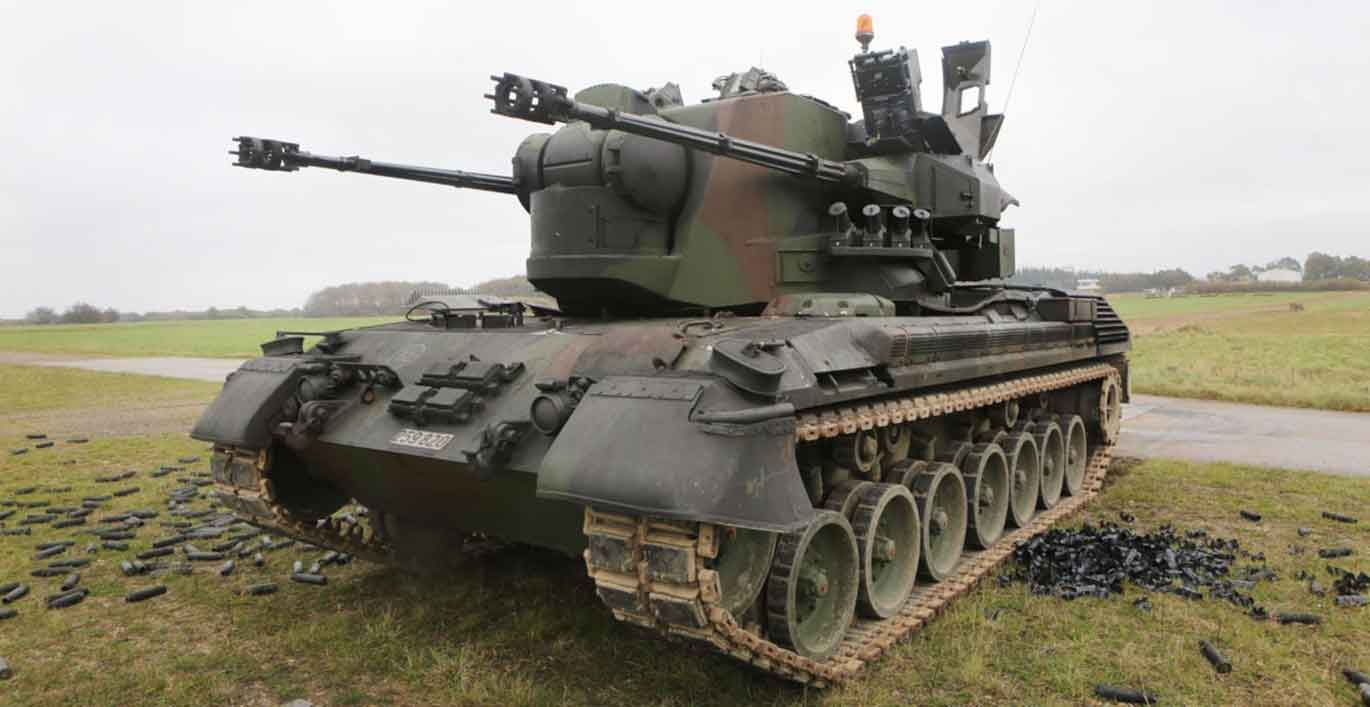 The war in Ukraine has certainly tested Switzerland's 'neutral' foreign policy stance. While it joined EU countries in imposing economic sanctions against Russia in the early phase of the war, when it came to Germany’s recent request to re-export Swiss-made ammunition used in German-made Gepard anti-aircraft tanks to Ukraine, the Swiss responded with a firm, 'Nein.'

Switzerland’s State Secretariat for Economic Affairs (SECO) said the delivery “must be rejected by law,” meaning the Federal War Materiel Act (WMA) of 1996 and the War Materiel Ordinance (WMO) of 1998, which prohibit re-export of military equipment manufactured in Switzerland, if the country of destination is involved in an internal or international armed conflict. “Due to the duration and intensity of the fighting between Russia and Ukraine, both countries are involved in an international armed conflict,” SECO indicated in an official statement.

The Swiss WMA is clear on the issue: “For a licence to be granted for the export of finished products or for individual parts or assembly packages to a foreign government or an undertaking acting on behalf of a foreign government, a non-re-export declaration from the government of the country of destination is required. The requirement for a non-re-export declaration is waived if the case involves individual parts or assembly packages of negligible value.” It adds: “By issuing the non-re-export declaration, the country of destination undertakes not to export, sell, lend, or gift the war materiel authority or to transfer it in any other way to third parties abroad without the consent of the licensing authority.”

Elaborating further on Switzerland's predicament, François Garraux, a Colonel in the Swiss army and currently Defence Attaché to Bangladesh, India, Nepal and Sri Lanka at the Embassy of Switzerland in New Delhi, notes that one of the most important legal obligations of a neutral state is to ensure equal treatment of belligerent states in respect of the export of war material. “Germany has received ammunition from Switzerland and signed an End User Certificate guaranteeing not to pass on the received ammunition to third parties without the prior approval from Switzerland,” he remarked. “Therefore and due to its obligation as a neutral state to treat belligerent states equally, Switzerland cannot grant permission to Germany to pass on the ammunition to Ukraine.”

Other neutral countries have opted otherwise, with 'neutral' Sweden — which is now contemplating NATO membership — supplying Ukraine with as many as 15,000 anti-tank weapons, along with other military materiel. Switzerland permits itself to export weapons or any other items to countries at war if its own territory is threatened. It also has a pact to militarily assist the neighbouring German-speaking Principality of Liechtenstein, which had abolished its army in 1868.

Apart from the Gepards, Germany is also considering shipping 100 old Marder Infantry Fighting Vehicles (IFVs) and 88 old Leopard 1A5 tanks to Ukraine. If Berlin eventually greenlights the transfer of such heavy military equipment to Ukraine, it will be a landmark reversal of its post-World War II policy of not sending weapons to conflict zones.

Alhough Germany has said it will comply with the Swiss's decision, it is going ahead with the deliveries of 50 decommissioned Gepard tanks, but without clarifying what ammunition will be used in place of the Swiss equipment. Ironically, it is a German firm that has fabricated the ammunition for the German anti-aircraft tank, built by Munich-based Krauss-Maffei Wegmann (KMW), but Rheinmetall Air Defence is based in Zurich, and thus comes under Swiss law. It is open to speculation if the firm may be motivated by the current circumstances to relocate to Germany. A solution may, however, have been found in Brazil, which is one of the several countries that still operate the Gepard. According to German Business Insider, Brazil “is ready to provide Ukraine with 300,000 shells for the Gepard."

The 35 mm cannon ammunition for the 47.5t Gepard was originally made by Oerlikon Contraves, which was renamed Rheinmetall Air Defence following its merger with German firm Rheinmetall in 2009. Oerlikon Contraves also fabricates 35 mm 353MK autocannons, now designated as the KD series, for use in the German Gepard, the Japanese variant Type 87 SPAAG, and Marksman SPAAG, developed by the UK’s Marconi Electronic Systems. Oerlikon developed its KD series cannon in 1952 as an adaptation of the KAA 20 mm gun it had developed shortly after World War II and on calculations that 35 mm was the optimum calibre for an anti-aircraft gun.

German Chancellor Olaf Scholz and his Social Democratic Party had faced mounting pressure when they were censured for their reluctance in espousing their country’s natural leadership of Europe, by asserting that Germany, as also the North Atlantic Treaty Organisation (NATO) of which it is a member-state, will not “intervene militarily” in Ukraine, despite repeated calls by Kyiv for help from Europe and NATO.

The Chancellor clarified this during talks with NATO chief Jens Stoltenberg, days after Russia’s invasion of Ukraine on 24 February. He, in fact, warned that Moscow may perceive Berlin as a party to the conflict, which could lead to a “third World War.”

Germany’s Defence Minister Christine Lambrecht nevertheless told the 40 countries participating in recent US-hosted defence talks at the Ramstein Air Base, southwest of Frankfurt, that her government was prepared to support Ukraine with an anti-aircraft tank that could significantly boost Ukraine’s anti-aircraft capabilities. “This is exactly what Ukraine needs now to secure its airspace from the ground,” she said. “We will look at all the ways in which we can continue to support Ukraine in this courageous, but important fight for freedom and peace.”

Lambrecht added that Berlin was working with Washington to train Ukrainian soldiers on German soil. The Gepard, which is manned by a crew of three, is capable of speeds of 65 kmph, and has an intercept range of around 15 kms, but it necessitates a complex weeks-long training regimen before it can be deployed.

What is the Gepard?

The German Army had ordered 450 Gepards, the Belgians, 55, and the Dutch Army, for which the version is known as Cheetah as it is fitted with a different radar, had ordered 95. While the tank no longer serves any of these armies, it had been repeatedly upgraded during its service life, with integration of C3 capabilities, improved target engagement, extended combat range, and superior self-protection, all of which enhanced its strike capability against combat aircraft and helicopters, remote-controlled missiles, and rockets. Chile had procured 30 ex-German Gepards in 2008, while a surplus 43 had been donated to the Romanian Army in 2004. The tank is moreover still in service with Brazil, Jordan and Qatar.

The Gepard is still a formidable anti-aircraft weapon that is intentionally being underplayed by the Germans with an eye to Russia and its President Vladimir Putin.