No SPIKEs for Ukraine, says Israel

Israel's SPIKE missiles are among the most combat-proven anti-tank guided missiles [ATGM] in the world, but Israel has refused to send them to Ukraine. What is behind its decision? 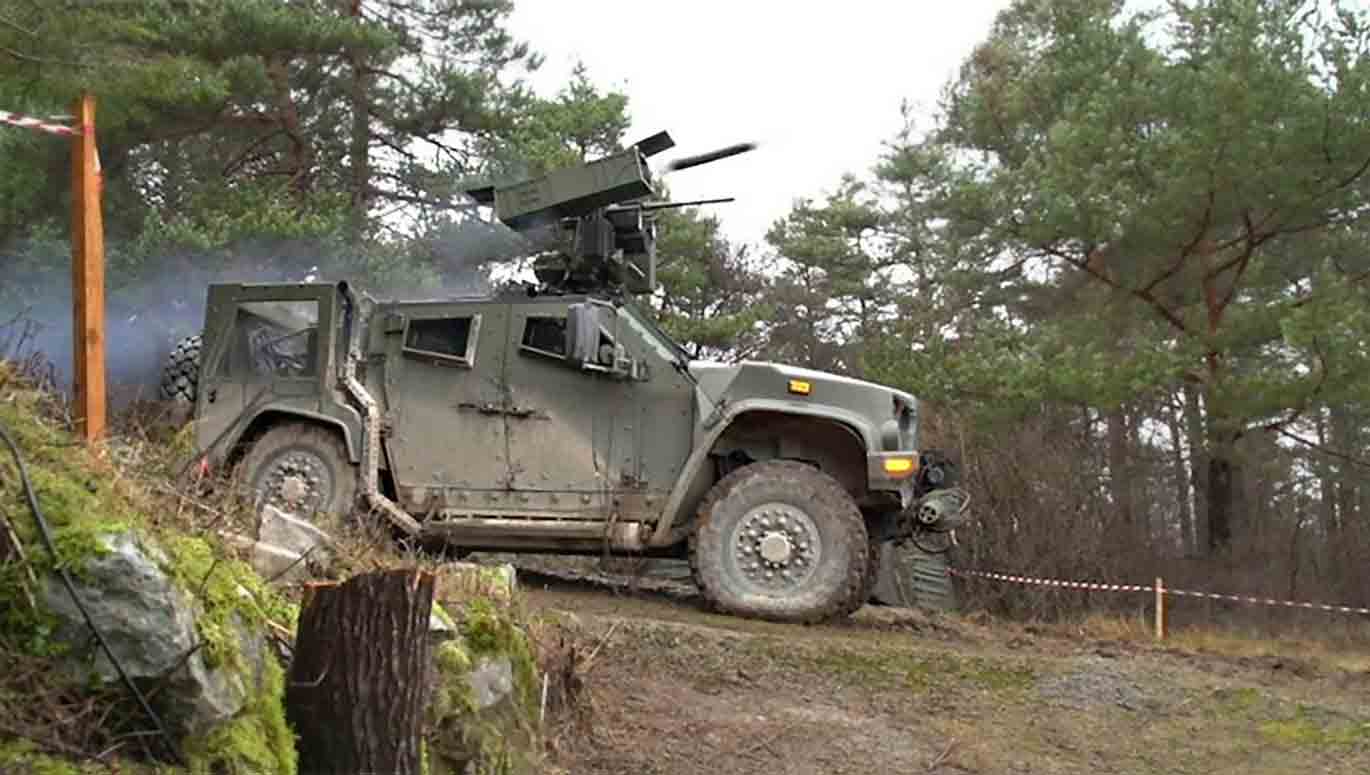 An Israeli Spike missile being fired from a vehicle: Israel has refused to send the fire-and-forget anti-tank guided missile and anti-personnel missile to Ukraine

Stinger MANPADS, Javelin anti-tank missiles, Turkish-made combat drones – the world is racing to arm Ukraine in its fight against invading Russian forces. On the 25 February, US President Joe Biden, authorized an additional $350 million of military assistance from

Department of Defense inventories, including anti-armour, small arms and various munitions, body armour, and related equipment in support of Ukraine’s front-line defenders, bringing the total security assistance it has provided to Ukraine over the past year to $1 billion.

Other NATO countries in Europe and the UK have sent military assistance, and even Germany, abandoned a long-standing policy of banning exports of weapons to conflict zones, agreeing to deliver 1,000 anti-tank weapons and 500 Stinger missiles to Ukraine. Germany has also given the Netherlands permission to send 400 anti-tank rocket launchers, which it bought from Germany, to Ukraine. Ageing Howitzers purchased from ex-communist East Germany will also be sent to Ukraine from Estonia.

Turkey, which is a member of NATO, but also enjoys close ties with Russia, has armed Ukranian Armed Forces with TB-2 Bayraktar drones, which are being used, according to videos posted on social media, to take out Russian BUK medium-range surface-to-air missile systems.

Weapons continue to flow into Ukraine from other countries, but one country, which is noticeably absent from this list, is Israel. During the recent war between Azerbaijan and Armenia, Israel supplied Harop loitering munition drones to the Azerbaijanis. But when it comes to the Russia-Ukraine war, Israel finds itself in a very difficult position.

Israel finds itself in a difficult position on Ukraine

The dilemma – to supply advanced weapon systems to Ukraine or let neighbouring countries transfer them to Ukraine? In the end, the country decided that no Israeli-made weapons will end up in the hands of Ukrainian forces.

In return for not sending weapons to Ukraine, the Kremlin informed Israel's Prime Minister Naftali Bennett, who visited Moscow, that the freedom of action Israel has in attacking Iranian related targets in Syria will continue.

Immediatly after the Russian invasion of Ukraine started on February 24, Estonia, Latvia and Lithuania announced they had received permission to send US-made weapons to Ukraine. These three countries use different versions of the Rafael Spike anti-tank missiles, which Ukrainians were keen to get their hands as they proven their lethality in combat.

According to Israeli sources, Estonia and Lithuania  currently  operate the Spike LR variant, while Latvia operates the LR ,LR2, ER and SR variants of the weapon. Some weeks ago, EuroSpike, a joint venture between Diehl Defence, Rheinmetall Electronics and Rafael Advanced Defense Systems, announced the Estonian military had placed a new order for SR Spike missiles, including training missiles and cases.

Like the US, Israel imposes strict "end-user" requirements on weapons sold abroad, which legally restrict the ability of the buying country to send the equipment to a third-party without permission from the original producer. Israel could release the Baltic nations or others to transfer these capabilities to Ukraine, but that seems extremely unlikely, given Israel’s desire to avoid antagonizing Vladimir Putin.

srael-Ukrainian relations are overshadowed by Israel's interest in keeping the Kremlin on  side, so it can operate in Syria against shipments of Iranian-made weapons systems on their way to Hezbollah in Lebanon. “Every type of indirect intervention in this crisis can harm the special relations between Jerusalem and Moscow,” explained a senior Israeli defence expert, who talked on condition of anonymity.

Eldad Shavit a senior researcher at the Israeli Institute for National Security Studies (INSS) wrote recently about how Israel needs to balance its political ties to both Washington and Moscow. "It is important to emphasize again that these developments also require Israel to immediately formulate a policy and prepare for the possibility that the crisis will develop into a military confrontation,” Shavit wrote. “Even if there is a desire and need in Israel to continue to maintain good relations with Russia, it may be in conflict with US administration policy, especially if a decision is made to significantly increase diplomatic and economic sanctions against Russia.”