During the last week of June, as a co-organizer, together with the Ministry of Defence of the Republic of Serbia, Yugoimport-SDPR was honoured to host many esteemed guests on the 9th International Defence Exhibition – PARTNER 2019. We were also privileged to celebrate the 70th anniversary of Yugoimport-SDPR by showing premiere newest development systems and live demonstrations.

On this occasion Yugoimport-SDPR presented its cutting-edge technologies and achievements in the field of rocket artillery systems and combat vehicles armament. A central role during the opening ceremony, was given to the modular rocket launcher TAMNAVA, together with self-propelled artillery weapon system ALEKSANDAR and two remotely-controlled weapon stations: 20/1 mm KIKLOP and 20/3 mm KERBER. 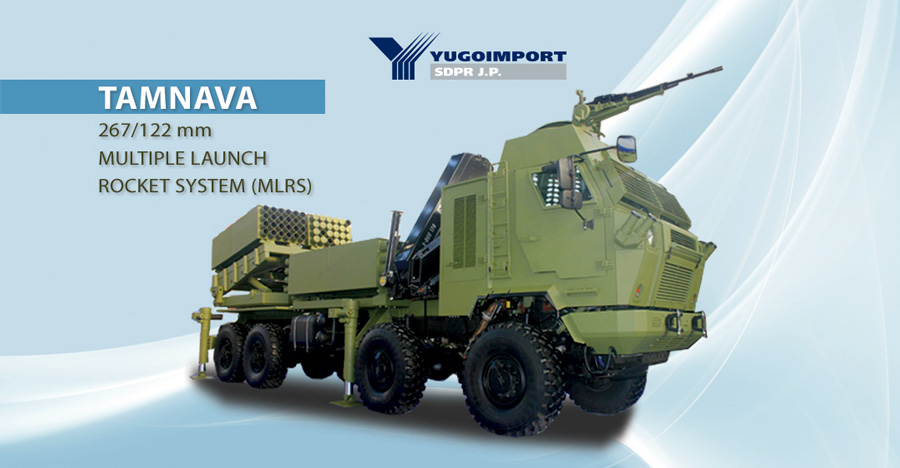 The 122/267 mm self-propelled multi-tube multi-calibre modular rocket launcher is a weapon designed to neutralize troops, materiel, command posts, bases, warehouses, airports, traffic nodes and all light armour targets. The launcher can be integrated into a modern network central battlefield via a command-information system, navigation system and fire control system. The system is characterized by short-time transition from traveling to combat position, and the capability to leave the firing position in a short time. The modular concept and the choice of different types of containers (rockets) enable best tactical use of the weapon.

The 122 mm rocket launcher configuration includes a vehicle with 96 missiles arranged in four containers of 24, with two containers being on the launcher and two on the truck platform. The system enables firing a salvo of 48 122 mm G-2000 rockets to a range of 40 km. After firing a salvo, the vehicle can change the firing position or remain on the same firing position depending on the tactical situation. Used empty containers are replaced with loaded containers located on the vehicle platform, with the help of a built-in crane, so that new 48 missiles can be fired in after few minutes. 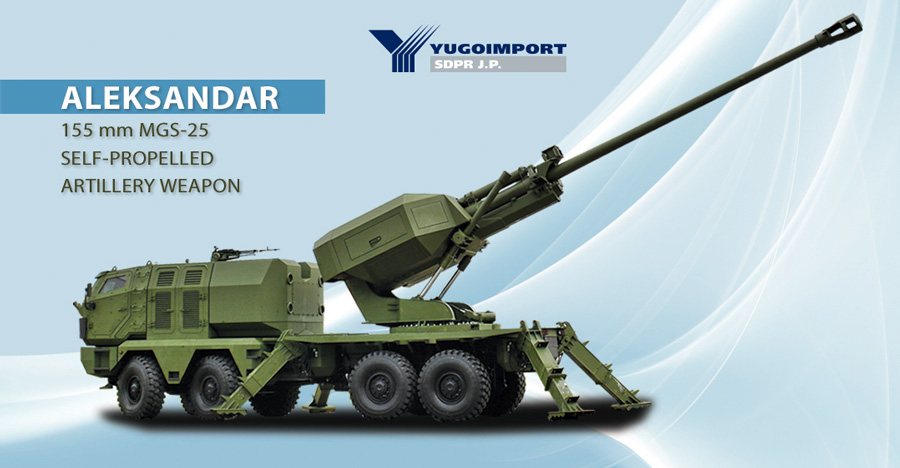 The development of ALEXANDER was primarily prompted by a wish to achieve a significant increase in the rate of fire and introduce a number of new technical solutions compared to the self-propelled gun-howitzer NORA. Both ALEKSANDAR and NORA can be mounted on different 8 x 8 chassis of appropriate characteristics. The prototype of the ALEXANDER system is mounted on two types of vehicle chassis.

Certain reliable solutions mastered during the development and production of the self-propelled gun-howitzer NORA were retained in ALEXANDER design, such as the ballistic system, the system for platform stabilization during firing and the fire control system. It features a different automatic loading system, the system for reloading the automatic loader and a higher level of automation. The automatic loader is connected to the gun’s cradle and it consists of two revolver-type magazines from which projectiles and propellant charges are alternately pushed into the barrel by means of a rammer. Owing to this kind of solution, it is possible to load the gun at all and fire up to 6 rounds per minute. In addition to the increased rate of fire, reloading is also faster compared to the NORA system, allowing you to fire the complete combat set consisting of 24 projectiles (12 rounds in the loader and 12 in the magazine
with the automatic loading mechanism) in a very short time.

All operations necessary to fire 24 projectiles are automated, without the need to leave the vehicle, and with the possibility to change the firing position. After firing 24 projectiles, the vehicle can leave the firing position and move to the position for reloading, where the crew of the ammunition re-supply vehicle manually loads the magazine with minimum effort. In addition to automatic loading, ammunition can also be fed manually.

The gun barrel 155/52 is treated by autofrettage to increase its service life. Its field of action is }300 in azimuth and -5 to +650 in elevation. This is a MRSI system capable of firing 4 projectiles at the same time to up to 25 km. ALEXANDER is equipped with its own inertial navigation, positioning and orientation system, and an additional satellite navigation system.

The advantages of ALEXANDER over NORA
• Increased rate of fire to 6 rounds per minute
• Faster reloading of the automatic loader (done
manually in the NORA system)
• All operations are automated, carried out by a
crew of three from the vehicle cabin. The whole
system functions as a RCWS. With the application
of this kind of solution, the time required to fire
the first round is decreased to 1 min, which is
particularly important when engaging time-critical
targets.
• Two versions of the ballistic system: one with a
23-liter chamber and the other with a 25-liter
chamber, providing for extended range of ERFB
BB projectiles from 41 to 45 km and of RA BB
projectiles from over 50 to over 60 km. 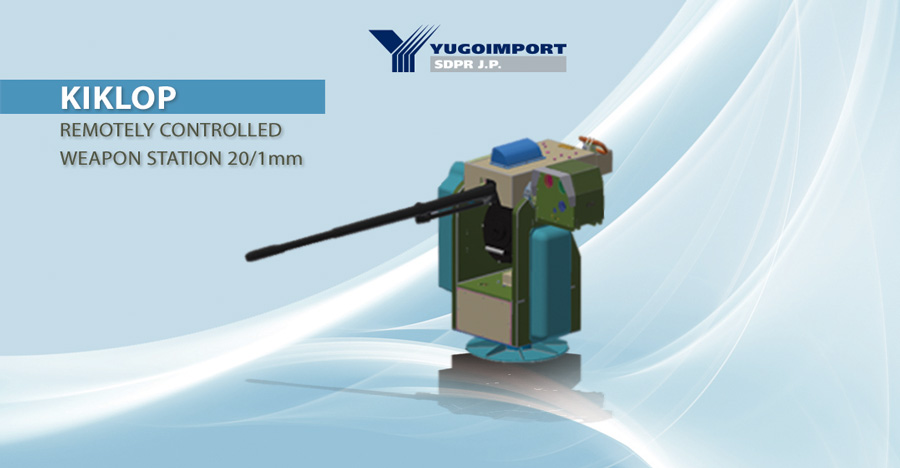 The weapon station can be mounted on vehicles (four-wheel plus drive), vessels (patrol boats or ships), or any stationary structures (airports, military bases…) for
perimeter security purposes. 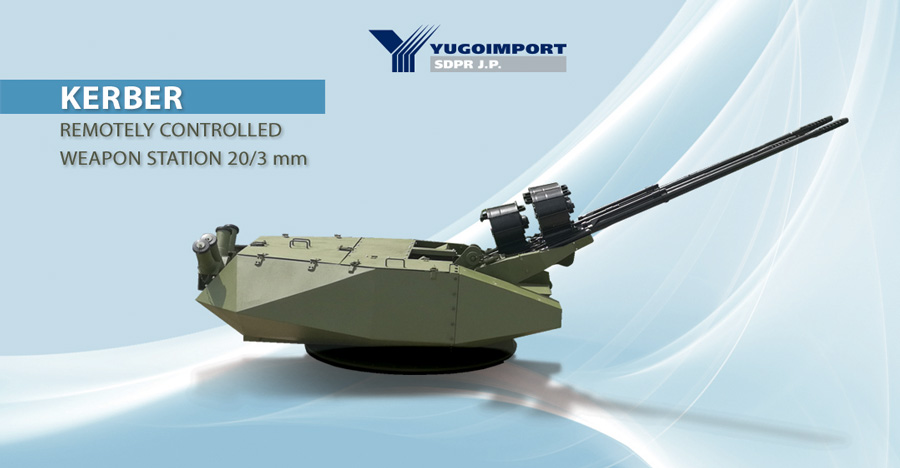 The RCWS 20/3 mm KERBER is armed with a 20 x 110 mm gun effective at ranges up to 2000 m, and equipped with up-to-date optoelectronic sensors controlled by a power unit i.e. a motor with zero-backlash gear reducers providing easy control and better accuracy at all ranges. Being a low-signature weapon, it is primarily mounted on vehicles, but it can also be installed on ships, fast patrol boats, or stationary structures. The three guns provide massive firepower to the system (1800 rds/min) against aerial targets (helicopters, transport aircraft, slow low-flying aircraft, UAV’s, cruise missiles, etc.), seaborne targets (mobile and stationary vessels), and ground targets (light armoured vehicles, transporters, command posts, logistics support bases, etc.