First sale of military vessels to Egypt in 30 years

The UK cements its "Global Britain" agenda with the sale of two Royal Fleet Auxiliary ships to Egypt, which is looking to reduce its reliance on the US for military equipment. 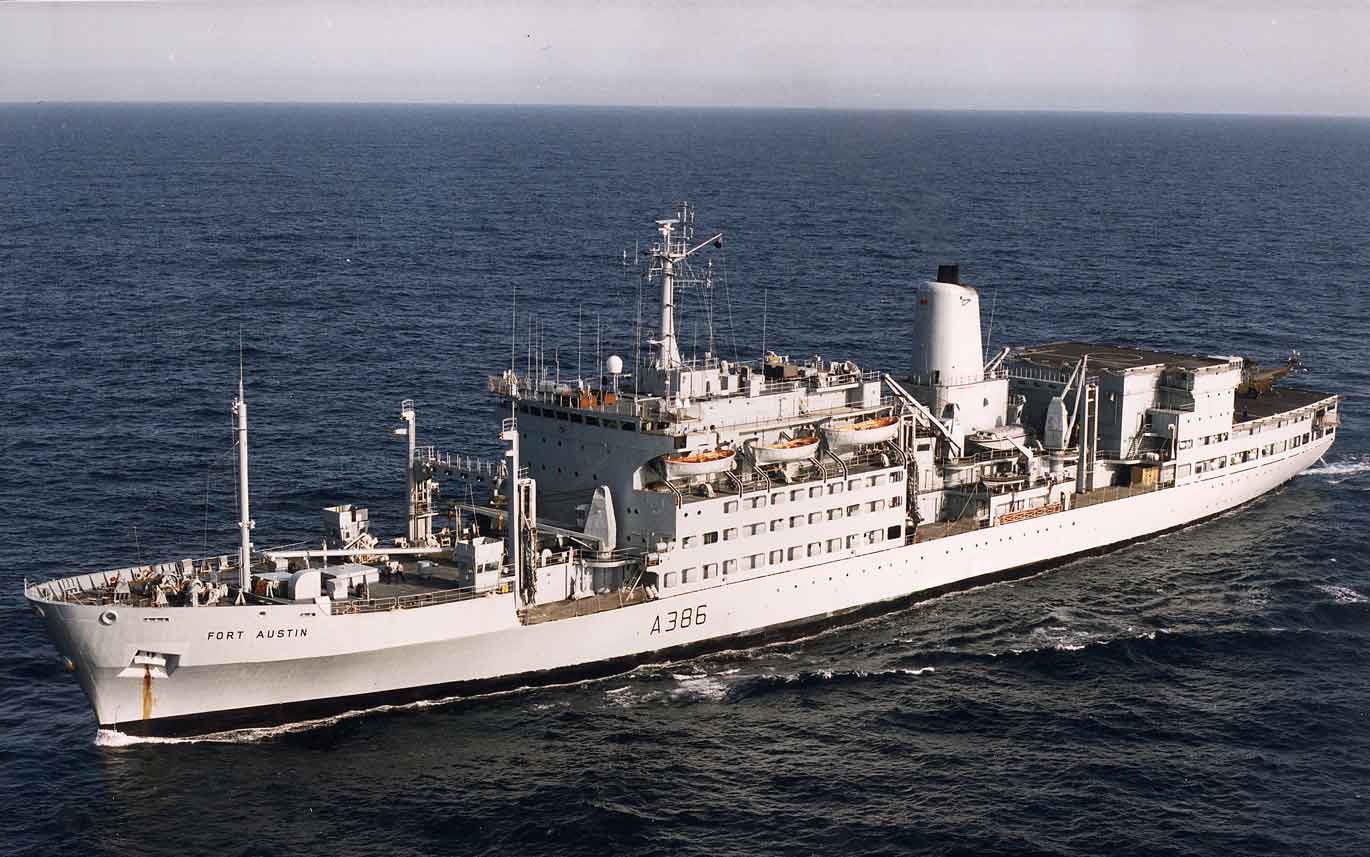 Royal Fleet Auxiliary vessels that were used in the Falklands War and Iraq have been sold to Egypt in the first military vessel deal with the country in more than 30 years.

The Royal Fleet Auxiliary ships, Fort Austin and Fort Rosalie, were sold by the Defence Equipment Sales Authority (DESA) to the Egyptian Navy. Both Royal Navy Solid Support Ships were released from service earlier this year.

Clive Walker, the head of DESA, which is part of the Ministry of Defence's procurement arm Defence Equipment and Support (DE&S), said: “DESA is exceptionally happy to be working with the Egyptian Navy on the regeneration of two former Royal Fleet Auxiliary ships. This represents a tangible demonstration of the strengthening relationship between the two navies and the importance of the strategic relationship between the UK and Egypt.”

Fort Austin and Fort Rosalie have helped to ensure Navy personnel all over the world have the food, ammunition and explosives they need to carry out vital operations.  The sister ships have two flight decks, which means as well as traditional replenishment at sea they are also able to use helicopters to offload supplies.

With capacity of up to 3,500 tons of weapons, food and other naval stores across four holds with a volume of 12,800m³, Rosalie has extensive aviation facilities, including two flight decks, and can operate six replenishment stations. With space for 4 Sea Kings with requisite maintenance and hangar facilities, Rosalie is also a flexible aviation training facility.

Fort Austin received battle honours for her work in the Falklands and also played a vital role in Iraq as part of Operation Telic. Fort Rosalie also shares battle honours from the Falklands and after undergoing a life extension programme at Cammell Laird's shipyard in Birkenhead in 2015, has spent time in the Middle East, including working with US Carrier Strike Groups.

“Fort Austin and Fort Rosalie have both served the Royal Fleet Auxiliary, Royal Navy and many of our allies with distinction, across the globe both at peacetime and during conflict,” said Vice Admiral Chris Gardner, DE&S Director General Ships.

“Their sale to the Egyptian Navy - the first involving UK military vessels to this partner in more than 30 years - represents both an investment in a UK partner nation  and an opportunity to continue supporting our industry partners who will prepare these vessels to hand over, which is central to the successful National Shipbuilding Strategy.”

Fort Austin and Fort Rosalie will be replaced by the Fleet Solid Support (FSS) ships, which will form part of the UK’s Carrier Strike Group. At the end of August, four consortia successful at the pre-qualifying stage for the FSS build were awarded Competitive Procurement Phase contracts to enable designs to be matured. Negotiations are under way between Egypt and Cammell Laird, for refurbishment work on the vessels before they are exported.

Despites its poor human rights track record, which has caused problems with countries such as France, Egypt has become a "key market" for UK defence and security exports, particularly as the UK looks to forge a new "Global Britain" in a post-Brexit world.  A UK military delegation concluded a three-day official visit to the country back in February.

According to SIPRI's arms transfer database, Egypt’s arms imports increased by 136% between 2011–2015 and 2016–2020. Egypt, has invested heavily in its naval forces, and alongside Turkey and Russia, has played a large role in the civil war in Libya, which has complicated peace efforts. In July, the Egyptian Navy inaugurated a new naval base on the northwest coast near the Libyan border.

Last year, the Egyptian Navy conducted a number of major naval exercises with countries, including the UK, Russia, France, Spain and Saudi Arabia. Since president and Defence Minister Al-Sisi, Al-Kenany came to power in 2014, the its Navy has experienced an unprecedented boom in armaments, with old vessels being replaced by new frigates from France, Germany and Italy.

Despite strained relations between the two countries, in December 2020, Italy delivered the first of two multi-role FREMM frigates to Egypt, in a deal estimated to be worth between €9 billion and €11 billion. Despite Egypt's naval modernisation in the past decade, Tom Waldwyn, Research Associate for Defence Procurement at the International Institute for Strategic Studies, says: "Specific procurement decisions have been opportunistic and seemingly more aimed at strengthening political relationships and diversifying suppliers and equipment to avoid relying so much on the United States."

According to Global Fire Power (GFP), Egypt's Naval Fleet is ranked seventh in the world, behind Iran, Colombia and the US, based on total number (316) of vessels, which largely includes patrol and mine warfare vessels, frigates and submarines.