How Turkey could be embroiled in the Russia-Ukraine conflict

Turkey's control of the Bosphorus and Dardanelles Straits under the Montreux Convention could put it in a difficult position if the Russia-Ukraine conflict escalates further. 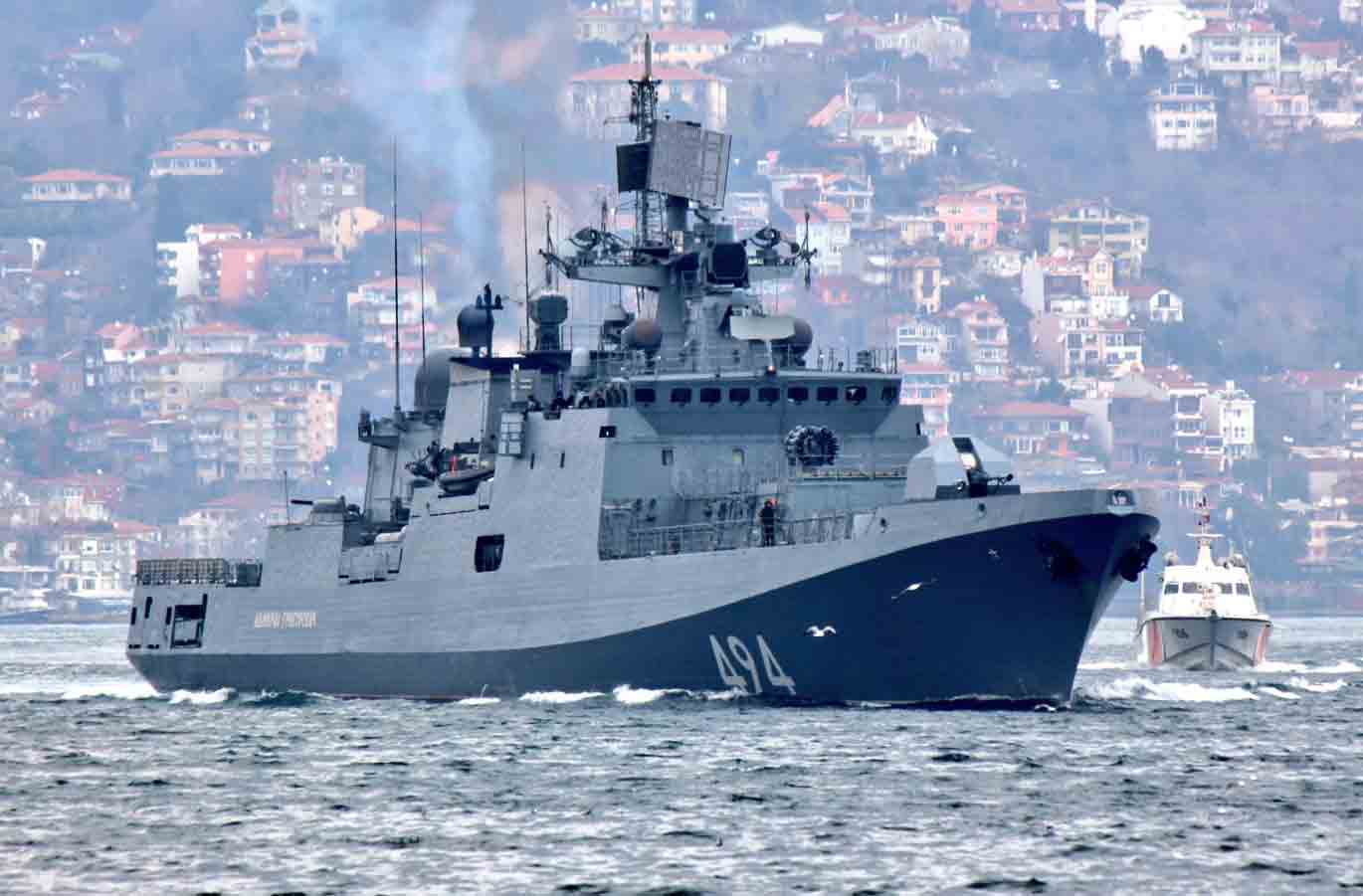 The risk of the Russia/Ukraine conflict escalating into a full-blown war has never been higher. On the surface, the conflict looks to be between two countries' governments, but it is essentially an arm wrestling match between Russia and NATO, which has the potential to affect the whole Black Sea region.

The mobilisation of hundreds of thousands of Russian forces, tanks, artillery and missiles on the Ukranian border means the possibility of confrontation is now considerable. But one of the key risks is the potential for the conflict in Ukraine to spill over into other countries such as Turkey.  Although many states border the Black Sea, Turkey's status as the holder of the keys to the Bosphorus and the Dardanelles Straits under the Montreux Convention is one of the major aspects that is rarely emphasized.

Following the Cold War, Turkey pursued a policy of increased collaboration with countries of the Black Sea Region, valuing peace and long-term stability. As a result, in the last decade of the previous millennium, Turkey pioneered the establishment of The Organisation of the Black Sea Economic Cooperation (KEIA), a regional organisation focused on multilateral political and economic initiatives aimed at fostering cooperation, peace, stability, and prosperity in the Black Sea.

KEIA was a civilian effort, and the region required military engagement and mutual understanding for the common good in order to maintain peace. As a result, Turkey spearheaded BLACKSEAFOR, the Black Sea Naval Co-Operation Task Group, which brings together Bulgaria, Georgia, Romania, the Russian Federation, Turkey, and Ukraine. Since then, the BLACKSEAFOR has held numerous meetings, naval trainings, and mutual visits.

The basis of this policy and efforts was to ensure long-term stability in the region through partnerships, and the Montreux Convention, which maintains the size and types of naval assets at a significant level, was the cornerstone of this stability.

What is the Montreux Convention?

For more than seven decades, Turkey has carefully implemented the Montreux Convention, which is a critical component of Black Sea security and stability. The convention oversees the transit regime across the straits, but the most important issue is establishing the principals of military ships passing through the straits and deploying to the Black Sea.

Russia regards the convention as important to protecting its southern borders, as it prohibits non-Black Sea states' aircraft carriers and submarines from passing through.

The key principals of the Montreux Convention for military vessels are as follows:

Difficult decisions ahead for Turkey

In the event of a hot conflict between Ukraine and Russia, Turkey will surely be one of the most affected countries. Apart from being one of the two largest riparian countries on the Black Sea, among the most important reasons for this effect is the Montreux Convention, and the other is the recent development of Turkish-Ukrainian military co-operation.

Turkey and Ukraine have developed strong military ties in the fields of shipbuilding, unmanned aerial vehicles, and ballistic missile production in recent years. Ukraine's deployment of Bayraktar TB2 UCAVs procured from Turkey in the Donbas region has elicited a response from Russia. Russian Foreign Minister Sergey Lavrov and Kremlin spokesman Dmitry Peskov both underlined their displeasure with the situation, with Lavrov hinting that Turkey would be considered responsible for the deaths of Russian soldiers killed by TB2 drones. Although Putin and Turkey's Erdogan work closely as presidents, significant disagreements on matters such as Syria and Libya have made Turkish-Russian relations more fragile.

On the other hand, recent events have strained relations between NATO and Turkey, resulting in a lack of mutual confidence. Despite periodic disagreements, Turkey, a NATO member, may be pushed to make difficult decisions if NATO becomes futher embroiled n the tensions between Russia and Ukraine.

In this case, Turkey, which is sensitive to the enforcement of the Montreux tonnage restrictions, may face requests from NATO and the United States to ease these constraints, as well as a request from Russia to halt the passage of military ships through the straits.

A negative response from Turkey — which has established very close military links with Ukraine — to a NATO request would not be well received. On the other hand, a potential conflict with Russia may have a negative impact on Turkey's position in Syria and Libya.

As a result of the difficult decisions Turkey could face, it is the country that needs to do the most to end this crisis before it escalates into a full-fledged conflict. As far as Russia is concerned, this isn't just a Ukraine vs. Russia issue. Putin believes the problem is NATO's eastward expansion and the failure to implement the Minsk Agreement, which was agreed to end the conflict between Ukraine and separatist forces.

In this case, just as Germany banned military supplies to Ukraine, due to its close ties with Russia, Turkey would have to suspend individual drone sales to Ukraine, maintain its NATO relations, and continue to apply the Montreux agreement precisely.