The Rising Star of the Fleet: Offshore Patrol Vessels 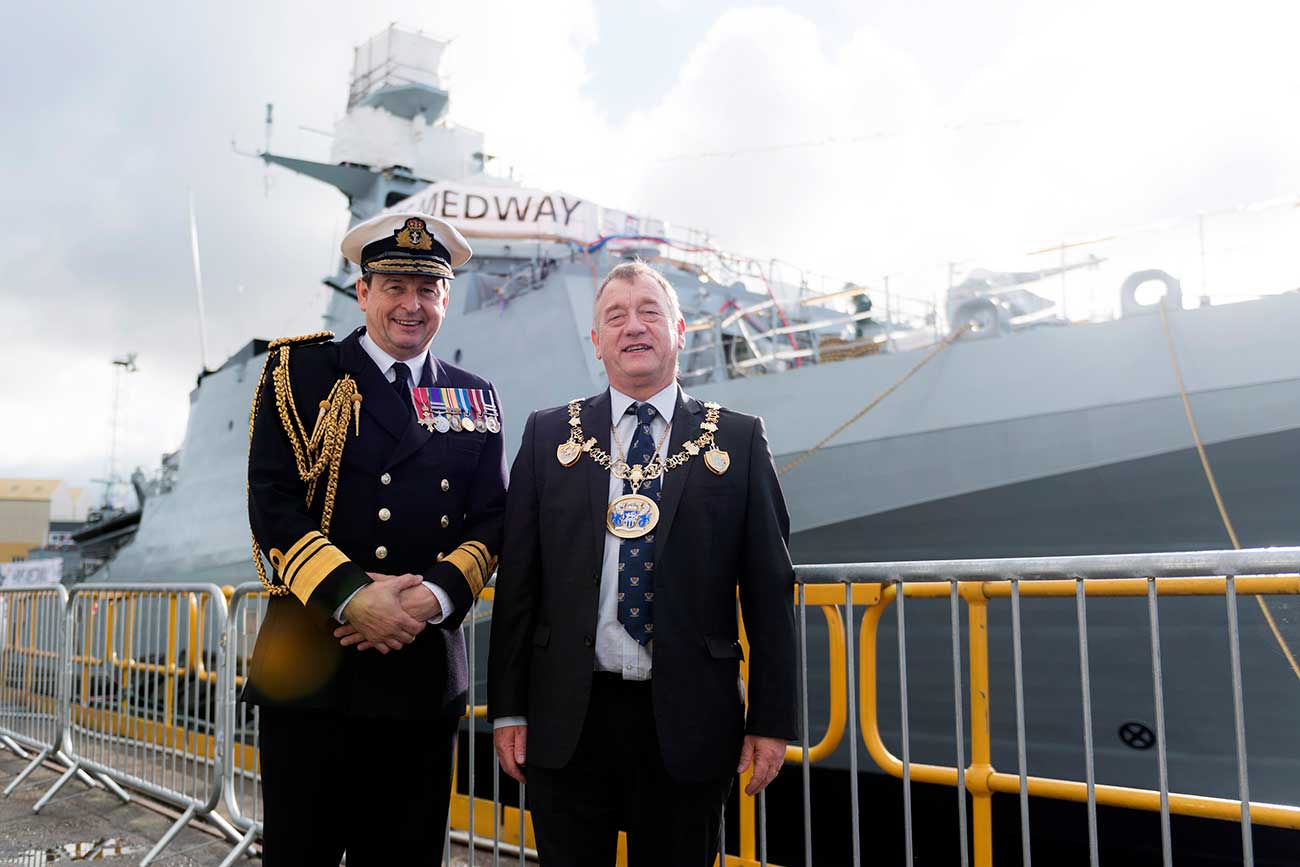 From the 10–13 September, London will host the Defence & Security Equipment International (DSEI) conference and exhibition. This year's event, which is celebrating 20 years, features more than 1,700 exhibitors and is expected to attract in the region of 35,000 visitors.

One of the key attractions at the event is the international visiting warships static display and dynamic waterborne demonstrations at theExCEL Centre's Victoria Dock. This year, the focus is squarely on offshore and coastal patrol vessels, with two Archer class vessels from the Royal Navy in attendance, alongside the RN's new Batch 2 Offshore Patrol Vessel, HMS Medway, which is the vessel that tracked the progress of the Russian warship, Marshal Ustinov, in August as it sailed from the North Sea, past Dover and into the Channel.

It is extremely important for coastal countries to have a strong and adequate navy in order to protect against sea-borne threats. If we look at naval battles from the last 30 years (1989–2019), we see that they are largely comprised of small-scale conflicts. Many of these battles entailed the intervention of a strong state into a weak state.

The Russian Navy’s intervention with the Georgian Navy in 2011, naval incidents during the Libyan War and the Russian Federal Security Service coast guard firing upon three Ukrainian Navy vessels attempting to pass from the Black Sea into the Sea of Azov through the Kerch Strait in November 2018, are some examples of small naval conflicts. During these events, some vessels were damaged or sunk.

Navies are one of the most important instruments for a country's foreign policy, because of their ability to act as a deterrent and operate in areas far from the mainland. Navies may seem to conduct naval warfare, but they actually do more in peacetime. Some of these peacetime missions include:

 The protection of exclusive economic and fishing zones

Heavily armed and equipped with state-of-the-art sensors, warships have been used for these missions for decades. For example, up against the small boats used by Somalian pirates in the Gulf of Aden, most of the navies used 4,000 to 7,000 tonne destroyers, which are equipped with anti-air, anti-surface and cruise missiles. During counter-piracy operations, these destroyers only used small boats, helicopters and small-calibre guns against pirates.

To conduct peacetime missions, warships remain at sea for long periods of time, but extra time means additional costs for navies as maintenance periods become shorter and this results in warships becoming inactive for long periods. Furthermore, depreciation costs and personnel expenses are high on warships, which are designed and manned for war, so every weapon and sensor and its technical personnel need to be on board.

The high construction and maintenance costs of warships and the fact that many countries do not expect a major naval war to break out in the near future, has resulted in navies investing in more cost-effective solutions like offshore patrol vessels (OPVs). OPVs are typically smaller in size than a frigate. They are modular and can be fitted with relevant equipment in accordance with their mission.

They are not as fast as conventional warships because their propulsion systems are designed to save fuel. Most OPVs have a helicopter platform and small boats, as well as small-calibre guns. Sensors are generally optimised for close-area surveillance. Limited sensors and weapons make these ships more affordable compared to warships. Despite their limited armament and sensor capability, OPVs can conduct almost all low-threat missions.

With their modular structure, OPVs can be used for wartime missions as well. For example, with a towed array sonar they can be used in anti-submarine warfare escort operations. The OPV market is the fastest-growing naval market segment. It is set to gain a 27% share of the global vessel market in the next 10 years. The total global OPV market was valued at $20.6 billion in 2019 and is expected to reach $34.1 billion in 2024. At least 44 countries are reported to have a total of 172 OPVs on order and 30 countries plan to order another 284 at a total value of more than $40 billion.

In future, OPVs will conduct search and rescue and humanitarian relief operations. For maritime interdiction operations, OPVs need at least two RHIBs (one for the boarding party, and the other for the security team). In order to lower the RHIBs into the water, ships must travel at a slower speed, which makes them vulnerable. An astern slipway for RHIBs gives OPVs the ability conduct this activity at a speed of 10–12 knots, which is important for Special Forces’ operations.

A high-capacity crane on board OPVs enables vessels to transfer any type of cargo to/from the jetty. At sea it can be used for recovery of unmanned surface or sub-surface vehicles, wrecks, transport weapons and ammunition and other cargo to a submarine during stopover.

Another important capability is having additional accommodation, which is useful in migrant rescue, search and rescue operations and evacuation of civilians from conflict areas. A Replenishment at Sea (RAS) capability also gives ships the ability to stay at sea for longer periods.

SPECIFICATIONS OF THE OPVs VISITING DSEI

HMS Medway is a Batch 2 River-class offshore patrol vessel of the Royal Navy. It is 90.5 m long and has a displacement of 2,200 tonnes. It was designed for counter-piracy, anti-smuggling, fishery protection, border patrol, counter-terrorism and maritime defence duties. It has a helicopter deck, a 16-tonne capacity crane, two RHIBs and additional accommodation areas.

HNLMS Zeelan: The Holland-class offshore patrol vessel of the Royal Netherlands Navy is 108.4 metres long and has a displacement of 3,750 tonnes. The ship is designed for patrol and low-threat tasks. It has a helicopter platform with a hangar and very capable sensors for surveillance missions. It has extra accommodations, RAS capability, a 10-tonne crane and astern slipway for RHIBs.

FS Garonne is a Loire Class Offshore Support and Assistance Vehicle of the French Navy. It is 70.3 metres long and has a displacement of 2,960 tonnes. The French Navy use this OPV for rescue missions,  environmental protection and general support for other navy units. It has two boats and a crane, but no helicopter deck.  It has a free area for containers and a towing capacity of 80 tonnes. It has capabilities similar to an ocean tug.

BNS Pollux is the Belgian Navy’s Offshore Patrol Vessel. It is 53.5 m long and has a displacement of 569 tonnes. The vessel conducts escort missions, can carry explosive ordnance disposal and diving teams, as well as acting as a command platform. It is equipped with two boats and a crane.

HMS Dasher and HMS Trumpeter are the Archer Class P2000 Patrol Vessel of the Royal Navy. They are 20.8 m long and have a displacement of 54 tonnes. They are mainly used for harbour patrol missions and as training vessels.

Kerem Demir is a journalist and defence industry analyst. He is the founder of the Turkish-based Naval News, an online naval news information portal. He also works as a consultant for Turkish defence companies and is an expert in modern naval warfare.