Industry and politicians taken to task for mothballing shipbuilding projects and delaying construction. 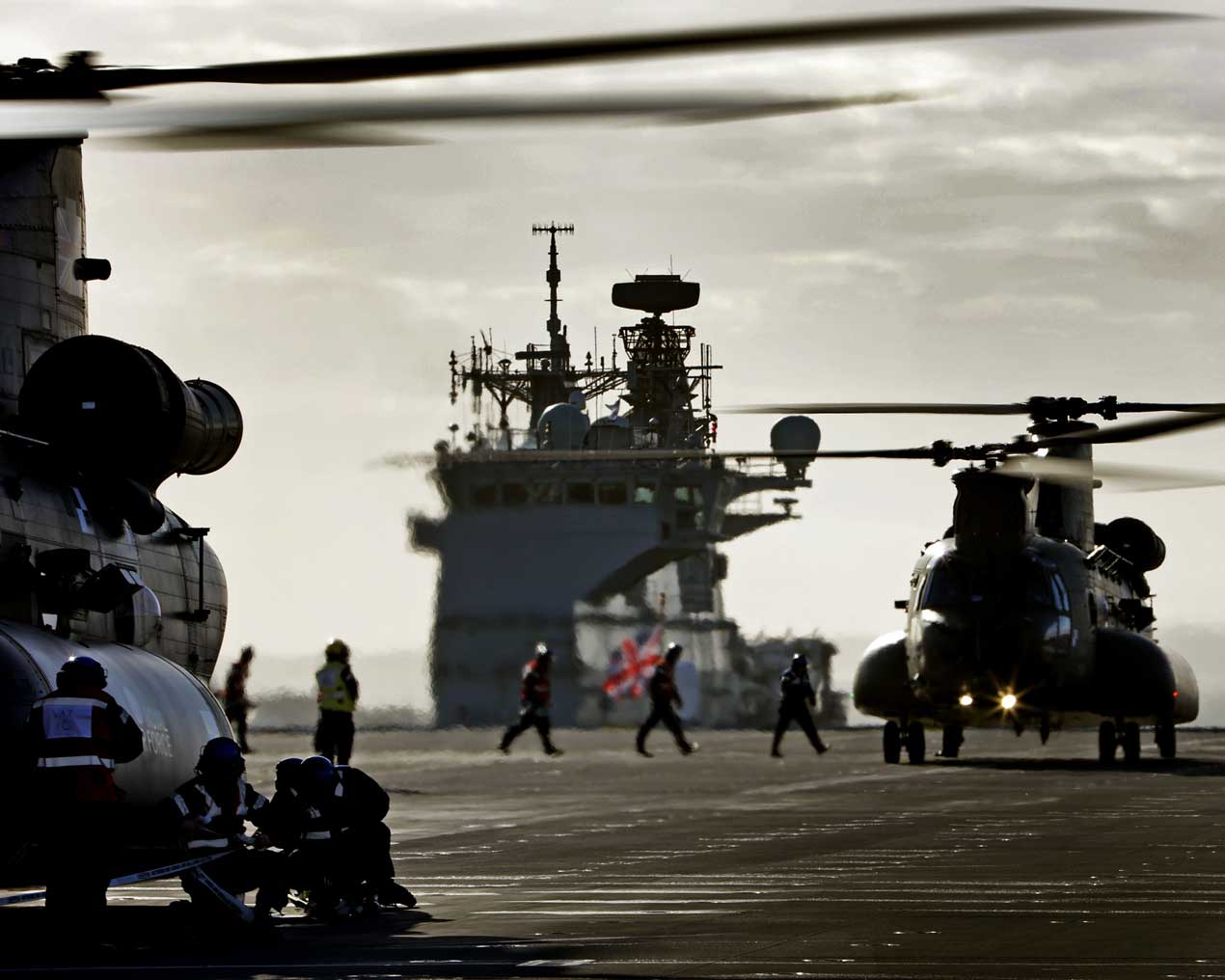 RAF Chinook helicopters on board the new Queen Elizabeth class aircraft carriers: Mordaunt wants to have one carrier available at very high readiness at all times
(Photo: MoD/Crown Copyright)

The UK's new defence secretary Penny Mourdant has challenged politicians and industry to end the “vicious circle of unfulfilled SDSRs” and 'mothballing' new ships due to a lack of crew, spares or funds.

She made the statement at a speech she delivered to the First Sea Lord's Sea Power Conference held on the 15 May in London. While the UK government has committed to spending 2% of GDP on defence, Mordaunt said spending on defence did not tell the whole story.

A closer look at the last three Strategic Defence and Security Reviews (SDSR), she says, reveals a host of unfulfilled promises. In 1997, Mordaunt says the review pledged to deliver 32 destroyers and frigates and two Amphibious Assault Ships. “In the event, we got the two Assault ships…but only six frigates and destroyers.”

“In the 2010 SDSR, we said we would deliver two carriers and 19 destroyers and frigates …of which six were Type 45s and 13 were Type 26s. Well, we got the carriers. But the 13 Type 26s were reduced to eight and we’ve ordered three of them. And in SDSR 2015 we set out a shopping list of eight T26s, five Type 31e, two OPVs and four ballistic missile submarines. I am determined that remains on track.”

If the Royal Navy and wider defence is to deliver on the UK's defence and security ambitions, then Mordaunt says it must tackle both the funding and the political behaviours that constantly undermine it.

She also challenged industry to become more 'sustainable' and to do more to deliver value for money. “To stick to fixed project budgets and to innovate in the way you build,” she added. “To up your competitiveness…building exportability in as standard and to deliver faster…the days of taking decades to build a ship are over.”

“I know you’ve been told this before,” she said, but what’s different now is that both you and I recognise that the politics also needs to change.”

Mordaunt has commissioned work examining the lessons from the new Tide class tanker procurement. The tankers will supply the Royal Navy’s warships, including the two new Queen Elizabeth Class Aircraft Carriers, with fuel and water while deployed on operations.

She will also set out a blueprint for a new national carrier policy, which will outline how the new Queen Elizabeth aircraft carriers will be used to deliver Britain’s objectives around the world.

With HMS Queen Elizabeth scheduled to return to the Eastern seaboard to conduct flight trials with the F35B future fighter, and the new Prince of Wales carrier set to join her in the near future, Mordaunt says the UK will have one carrier available at very high readiness at all times. “I want to make sure that we make the most of this incredible sovereign capability,” she stated. “And that’s why today I can announce that we will develop a new policy that will set out how those ships will deliver for our nation in the years ahead.”