Quantum mechanics is being used by Australia to develop defence technologies for detecting submarines and stealth aircraft. 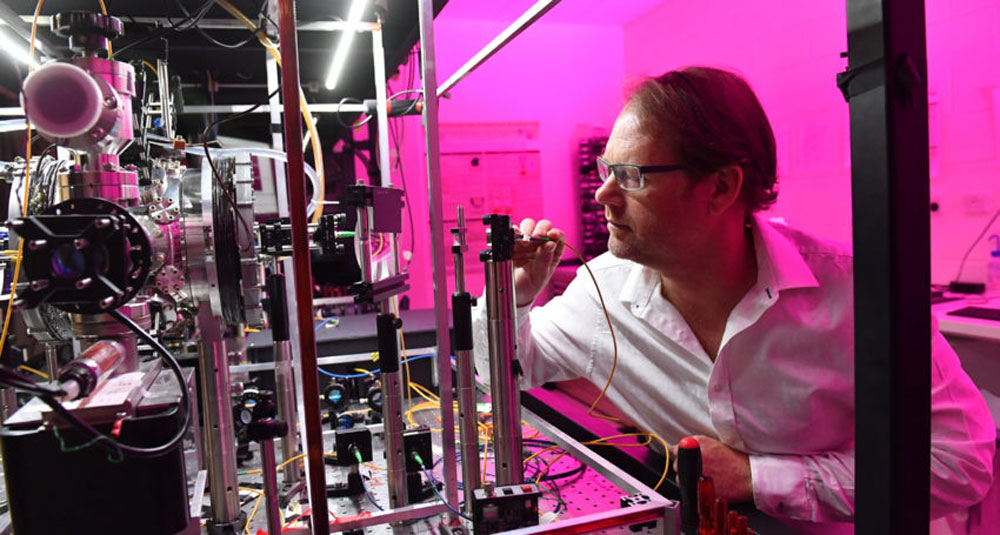 Researchers from the University of Adelaide in South Australia will develop three technologies after being this week named among 11 projects to share in A$6.6 million of funding from Australia’s Department of Defence.

The funding consolidates the University of Adelaide’s Institute for Photonics and Advanced Sensing (IPAS) as one of Australia’s leading centres for the development of quantum sensing and photonic technologies.

“Everyone believes that there’s going to be a revolution over the next 20 years where quantum technologies end up in everything,” he said.

“The initial objective is to provide those technologies to defence but it’s also about training up Australian students so they have an understanding of quantum technologies.

“Australia needs to build up its sovereign capability in this area and train students.”

The Next Generation Technologies Fund aims to develop Australia’s quantum mechanic opportunities, which focus on the study of the motion and interaction between subatomic particles.

One of the IPAS projects will utilise magnetometers in underwater geophysical discovery contexts to track submarine activity.

Professor Andre Luiten said the technology, primarily employed to detect variations caused by the presence of ferrous (unoxidized) iron in the total magnetic field, will be applied for Defence to discover underwater vessels.

“These magnetometers can detect very small magnetic fields,” he said. “The goal of this project is to build sensors that go on the seabed which detect the presence of submarines through their properties. You’d essentially set up a trip wire around assets that are of importance to Australia.”

The second project is the development of a state-of-the-art optical clock that will harness billions of cold atoms to provide ultra-precise timing to improve Defence GPS technology.

University of Adelaide scientists will work with researchers from Griffith, Curtin, La Trobe and Queensland universities to develop the portable technology to tick at 500 trillion times per second.

“The state-of-the-art clock gives out a pure colour and we will tickle the atoms into releasing light. We’re actually counting the ticks of the light field itself,” said Professor Luiten.

“Different colours of light correspond to different ticking rates and we’re going to give out green lights, and green lights corresponds to ticking away at 500 trillion times per second.”

The new optical clock will determine the locations of entities through assessing time signals emitted from satellites through ticking.

“It turns out that GPS technology actually relies on very good clocks, which are in satellites circulating the Earth,” said Professor Luiten.

“This clock will improve the capabilities that determine location because as you can imagine Defence is very interested in knowing where its assets are.”

“It’s the same sort of idea – we’re looking at metal objects that have been moved behind a wall or looking for submarines,” said Professor Luiten.

The third quantum mechanics defence project led by the University of Adelaide is researching whether quantum radars can be used to detect stealth aircraft.

“It’s a real out-there project, so this is really an information gathering exercise at this point,” he said. “I’m highly sceptical but if this technology works we’d be able to use existing technology with less power.

“We’d also be able to use the technologies more sensitively so you can see our targets further away, and we’d solve the problem with active systems of when you illuminate something your subject can often track you and find out where you are.”

IPAS is also assisting with an additional project with Melbourne’s RMIT University under the Next Generation Technologies Fund aimed to test the capabilities of diamonds detecting weak magnetic fields.