Despite resource constraints and a changing strategic threat, the Royal Navy's First Sea Lord is bullish about the future. 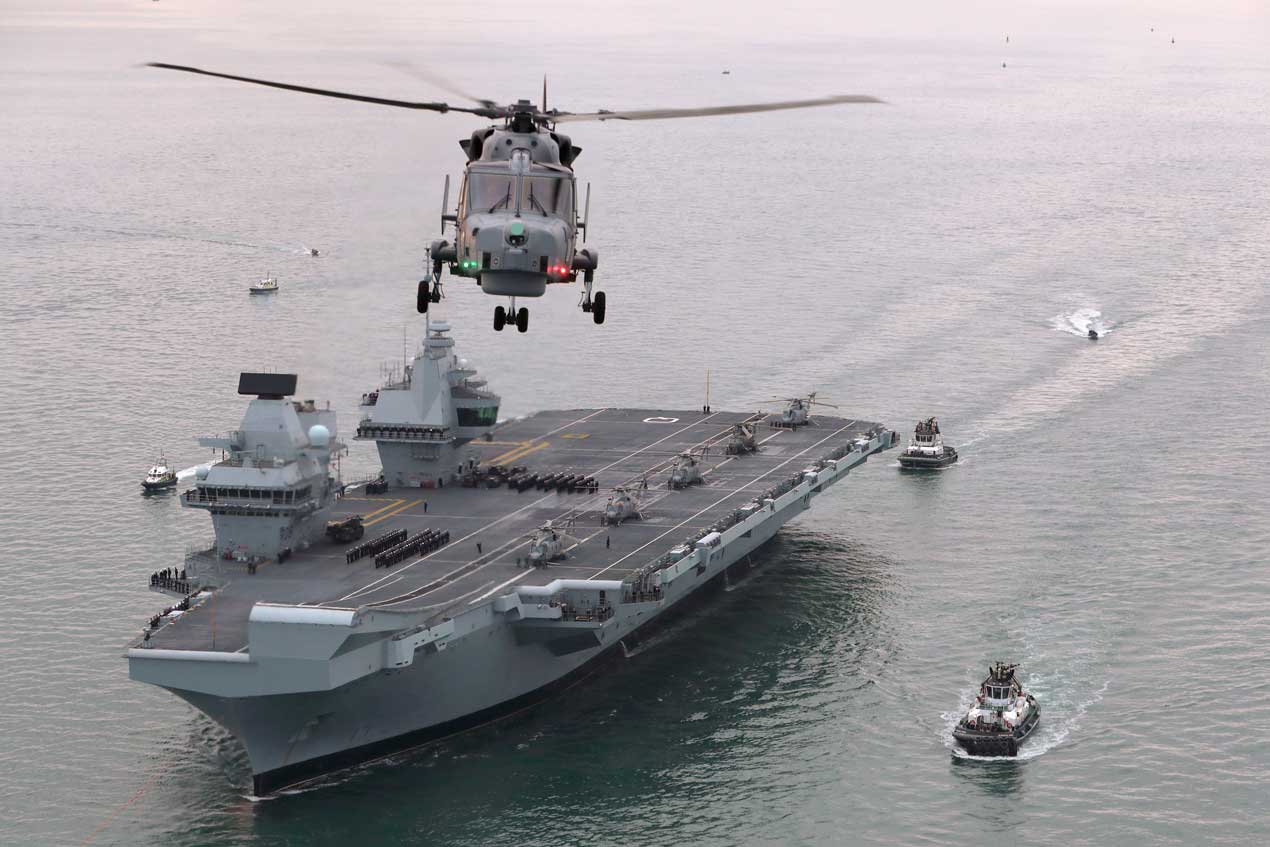 “I am unashamedly bullish.” That is how the newly appointed Royal Navy First Sea Lord Admiral Tony Radakin began his keynote address on the opening day of DSEI 2019 in London.  After a turbulent decade in which the Royal Navy has had to deal with significant restructuring, resource constraints and changing strategic circumstances, the Admiral has his eyes firmly set on the future.

His first priority is to ensure the security of the North Atlantic area in light of a resurgent Russian submarine threat. More broadly though, the Royal Navy has a truly “fifth-generation” future in mind. In a later seminar on the topic of carrier strike it was emphasised that the Queen Elizabeth class are the first carriers to be built from the keel up to operate the fifth generation F35B fighter aircraft.

“Control, alt, delete,” is how many members of the general public regard fifth-generation aircraft, according to Rear Admiral Martin Connell, Assistant Chief of Naval Staff (Aviation and Carrier Strike). He and his colleagues went on to explain however that this concept incorporates far more, including traits such as stealth.

Air Commodore Paul Godfrey, Head of Carrier Enabled Power Projection,  said that compared to operations over Libya in 2011, where an ISTAR aircraft would have to locate and verify an aircraft, then a fighter-bomber be brought into to prosecute it, the F35 can perform both these tasks from a single airframe, which necessitates reliable connectivity and bandwidth, something the Joint Lightning Force is working to achieve.

Another of Admiral Radakin's five key priorities, is the fast evolving Future Commando Force. At a subsequent seminar, Major General Matt Holmes, Commandant General of the Royal Marines stated:“The Royal Marines are returning to their maritime roots.” After almost a decade of continuous commitment to counter-insurgency operations in land-locked Afghanistan, the Marines are transitioning to a “littoral-strike”concept of operations.

In February of this year, then Defence Secretary Gavin Williamson unexpectedly announced the procurement of two Littoral Strike Ships. DSEI has shed slightly more light on this concept, building on the already announced plan for one to be forward-based east of the Suez Canal and the other to operate west of it in order to cover the Mediterranean, North Atlantic and Baltic regions.

Envisaged as mother ships for the Royal Marines and UK Special Forces, their capability can be scaled up to operate as part of a task group alongside the Queen Elizabeth class and their F35s (a key facet of the Littoral Strike concept) or downwards, alongside chartered shipping.

Forward basing was also cited by Admiral Radakin as another of his key priorities to enable the Navy to operate closer to key strategic areas that are important to global Britain. As the number of ships available to the Navy has fallen in recent years, the service has stationed vessels overseas and rotated their crews in order to allow the ships to spend longer in theatre. This approach has been used with Mine Countermeasure vessels in the Gulf for many years, but is now being trialled on the Type 23 frigate HMS Montrose, which is currently protecting shipping in the Gulf. On a similar theme, the Admiral also raised the importance of people to the service stating he wants to “trust them more to make the right decisions.”

He said harnessing technology and innovation was his fifth priority, something already being done with the advent of the NavyX technology accelerator, although he acknowledged that technology adoption needed to be done more quickly. Despite a continuing need for additional funds and uncertainty stemming from the Brexit debate, the Navy seems to be on course to remain one of the pre-eminent forces in the region.