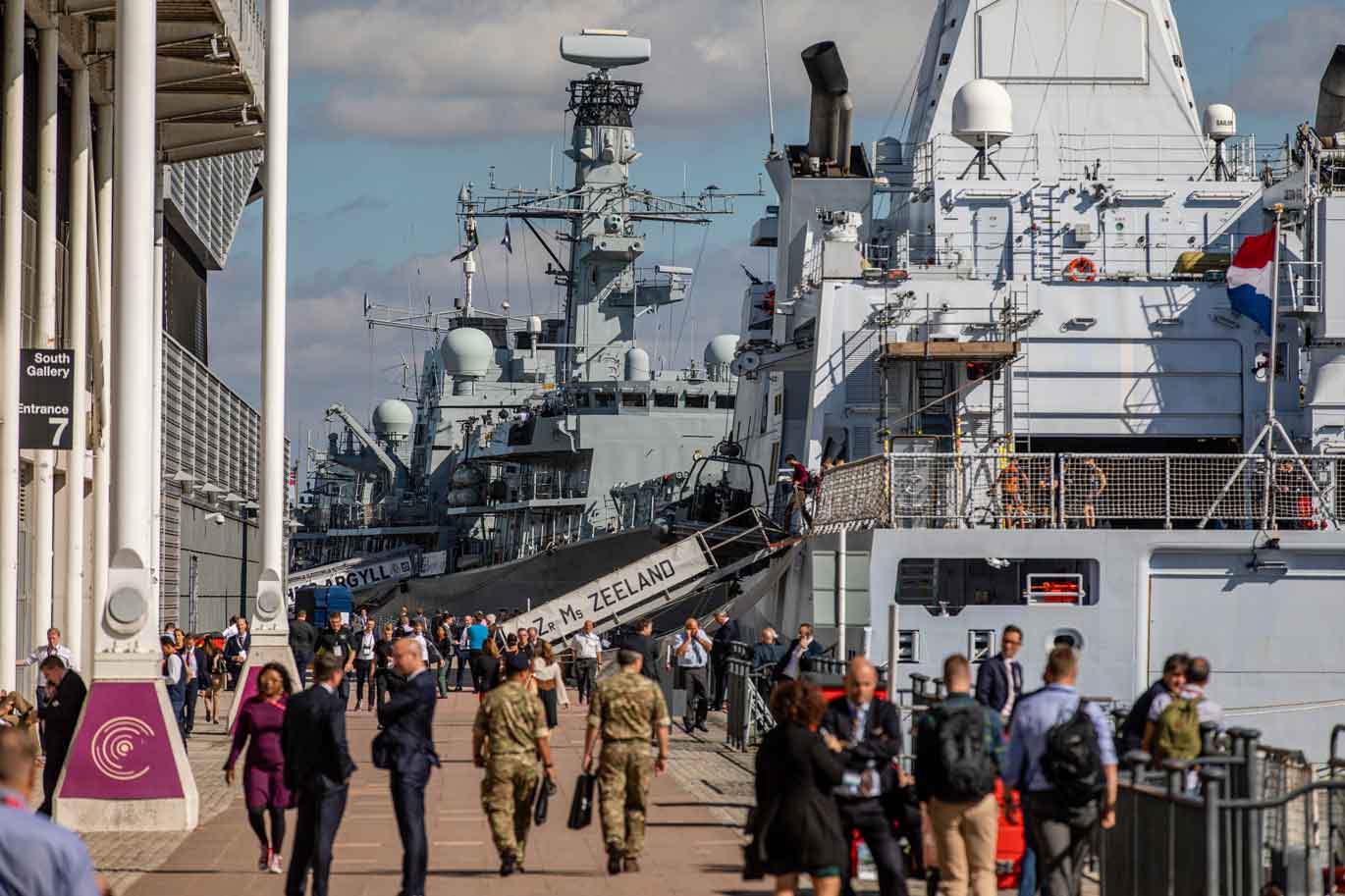 One of the Royal Navy's oldest serving and most technologically advanced frigates, HMS Argyll, is one of the visiting ships returning to Defence and Security Equipment International (DSEI) this yea rat London ExCeL, along with two new inshore patrol vessels, which form part of the UK's Coastal Forces Squadron.

Having spent the last two years on operations in the Arabian Gulf in 2020 and as the UK’s Fleet Ready Escort where she remains at very high readiness for deployment at short notice anywhere in the world, HMS Argyll is the oldest ship of the Type-23 Frigate class, but also one of the most technologically advanced.

On its last visit to DSEI  in 2019, the Argyll showcased MBDA's Sea Ceptor Missile System following an Indo-Pacific deployment; the first such deployment on operations with the new system. Since then the ship has deployed to the Middle East, and more recently trialled Sea Ceptor and the Artisan Radar 997 to develop new capabilities against complex threats during Exercise Formidable Shield, a NATO missile-testing exercise off Scotland’s Outer Hebrides and Norway’s Arctic coast. “There is much to talk about and we are very much looking forward to showing off the ship and the team,” said HMS Argyll's Commander Charlie Wheen.

New to DSEI this year, which takes place from the 14-17 September at London ExCeL, are visiting ships HMS Biter and Ranger, both inshore patrol vessels and part of the Coastal Forces Squadron which operates across the UK and as far as the Baltic Sea and Gibraltar. As P2000 Archer Class patrol crafts, they operate in ports and confined waters that are not accessible to warships and can be used to support roles from safeguarding Britain’s nuclear fleet and maritime security to participating in NATO overseas operations and training the next generation of naval officers.

Also visiting DSEI this year is HMS Magpie, the Royal Navy’s only commissioned Inshore Survey Vessel. With a complement of nine, her primary role is to conduct detailed surveys of UK strategic ports and approaches. To enable this she is exceptionally manoeuvrable, equipped with modern survey systems and able to deploy and recover uncrewed underwater vehicles.

Visiting a foreign port for the first time in more than 18 months, the Belgian Navy's BNS Pollux  will attend DSEI for a second time. BNS Pollux and her sister ship BNS Castor are part of the Belgian Navy contribution to the Belgian Coastguard structure. Both Coastal Patrol Vessels support coastal security in the Belgian Exclusive Economic Zone (EEZ) and territorial waters, often in close co-operation with other authorities.

BNS Pollux takes on roles in fisheries and customs inspections, MARPOL inspections, escort of non-NATO units, search and rescue operations at sea, COLREG patrols, protection of critical infrastructure, anti-pollution operations, and is a sparring partner for both national and NATO vessels training at MOST (Mine countermeasures vessels Operational Sea Training). 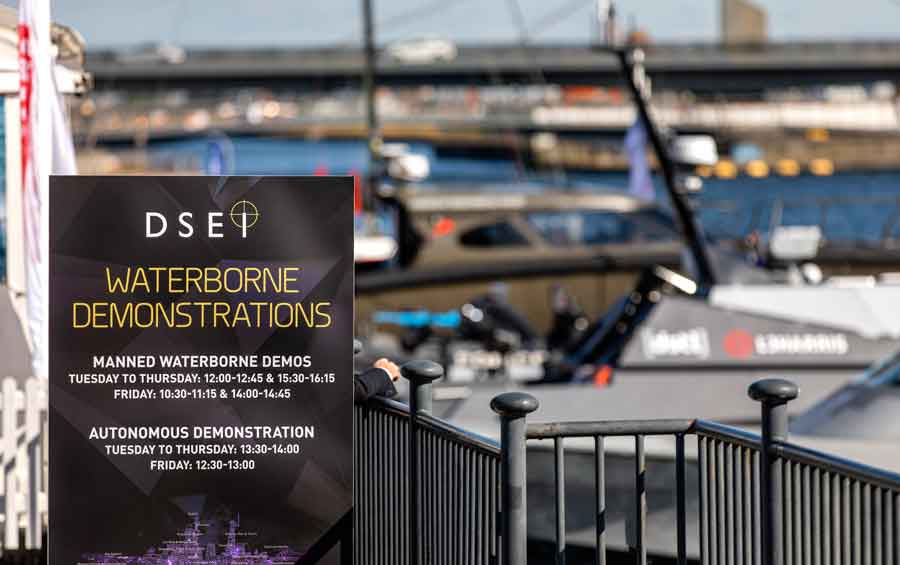 In addition to visiting ships at DSEI this year, there will also be the usual waterborne demonstrations at the Royal Dock alongside ExCeL. In previous years, the focus has been on Rigid Inflatable Boats and Unmanned Surface Vessels. But this year, sees a mix of RIBs, interceptor, training, patrol and combat vessels.

Marine shock mitigation specialists, Allsalt Maritime, in partnership with Simrad  and Ambex, will demonstrate the  Very Slender Vessel (VSV) 50, a 16 m carbon fibre interceptor, fitted with shock mitigation seating from Allsalt and a full suite of Simrad navigation and comms equipment, ideal for high speed chases or a test platform.

Atlas Elektronik will showcase its Officer Training Boats (OTB), designed to provide self-contained training facilities and accommodation for up to nine Officer Cadets and four instructors. As a SEA Class boat, the OTB is also designed to be modular and offer a re-role capability to meet new user and operational requirements. The first of the Officer Training Boats was delivered to British Royal Navy Collage last year, with a total of eight now formally handed over to the MoD.

Visitors to Royal Dock can also see SAAB’s new multi-mission combat boat, the Docksta CB 90HSM, which can be used for intelligence gathering and ops coordination. The platform is based on an evolutionary design from CB90 with over 250 units in operation world-wide.

Survitec will demonstrate the GPM 530 inflatable boat, which can be deployed from air, land, sea and subsurface. In service within NATO, the Americas and APAC region, the GPM 530 is designed around operators and their operational experiences. The boat can be configured to support multiple mission profiles including covert insertion/extraction, rapid response, surveillance, search and rescue and law enforcement.