US Navy Puts Unmanned Systems to the Test

Under the water, on the surface and in the air: The US Navy demonstrates how unmanned systems will change future war fighting scenarios at exercise in San Diego. 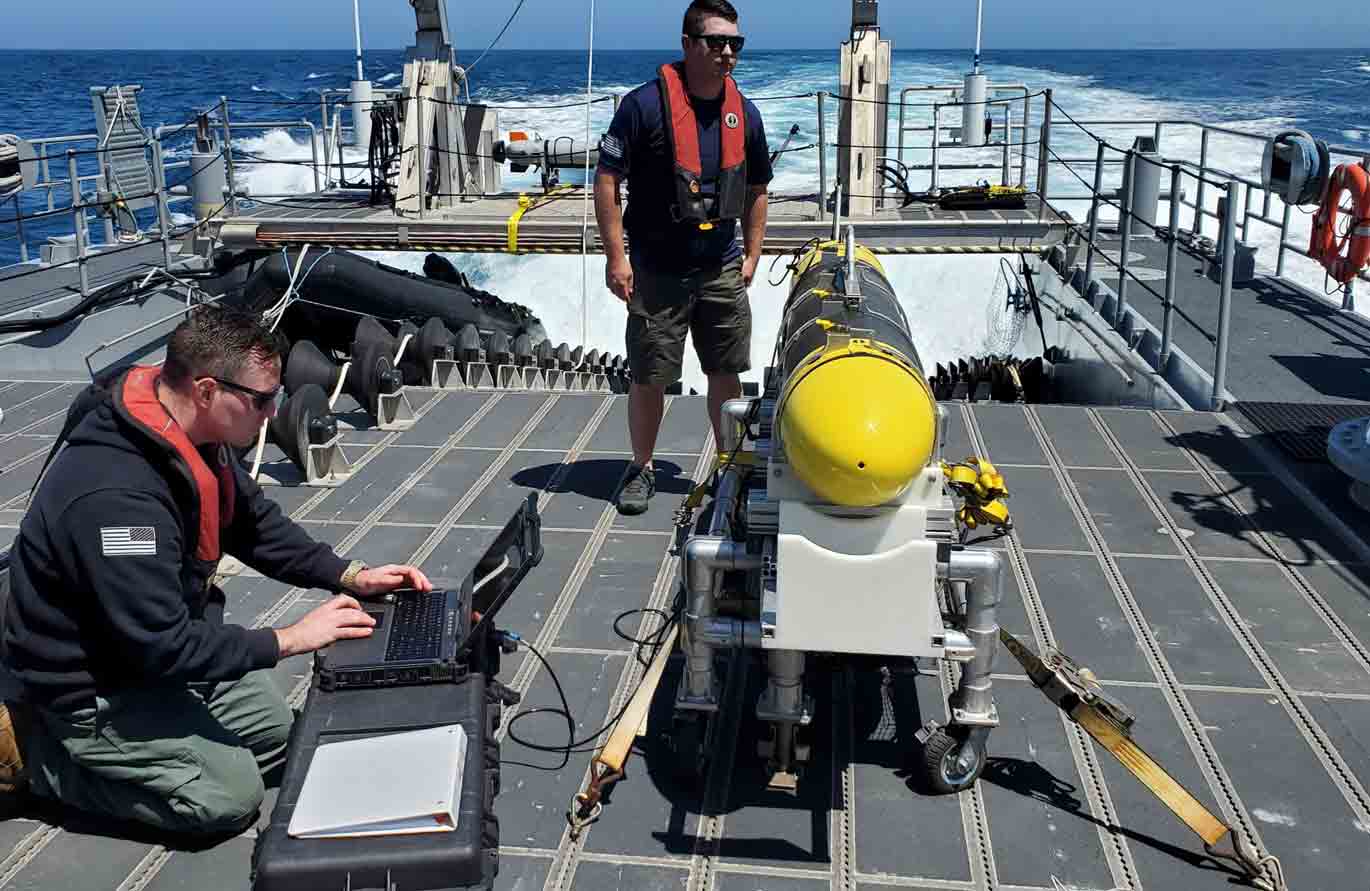 The US Navy has demonstrated the successful teaming of unmanned maritime surveillance aircraft with traditional manned naval assets during the Unmanned Systems Integrated Battle Problem 21 (UxS IBP 21) off the coast of San Diego, April 21.

Using sonobuoys and other assets, the Sea Guardian identified contacts and reported locations remotely to the commander on board the cruiser.

Sea Guardian enhances the Navy’s anti-submarine and anti-surface warfare capabilities, among many others.

UxS IBP 21 is a US Pacific Fleet exercise, executed by US 3rd Fleet, and is designed to integrate manned and unmanned capabilities into operational scenarios to generate war fighting advantages.

The exercise has also seen unmanned surface vessels such as the Sea Hunter (SH1) and Seahawk (SH2) in action, as well as the CARINA unmanned undersea glider.

Unmanned Surface Vessels change the way the US Navy fights

In 2017, the Office of Naval Research awarded Leidos a $35.5 million contract to build the 145-ton Seahawk trimaran as a follow-up to the original Leidos Sea Hunter, which was developed by DARPA as a high-endurance platform to track submarines.

Sea Hunter is an experimentation platform for the US Navy's Surface Development Squadron 1, or SURFDEVRON, as it plans how to integrate unmanned systems into how it fights in future.

In addition to Sea Hunter and Sea Hawk, the Navy will take charge of two much larger Overlord unmanned surface vessels—referred to as 'ghost ships'—which were developed for the Pentagon’s Strategic Capabilities Office.

Within two years, SURFDEVRON is set to have seven medium and large USV prototypes for experimentation.

While USVs are being used by most navies for minehunting, new operating concepts, as well as the recent tri-service maritime strategy and the Chief of Naval Operations’ Navigation Plan, call for unmanned systems to take on a much more active role in war fighting, said   Capt. Pete Small, programme manager of SURFDEVRON speaking to USNI News.

One idea the Navy is exploring is arming large USVs with missiles, but that idea was challenged by the US House and Senate armed services committees, who were reportedly concerned about the system being hacked and taken over by adversaries, according to a story published in USNI News.

Captain Small said the committee's concerns had slowed down the Navy's plans to develop a vertical launch system-enabled Large USV, but that it would continue with its Overlord and Sea Hunter USV experimentation.

The Sea Hunter medium USV has operated at sea alongside warships for several advanced tactical training events, with SURFDEVRON sailors controlling the vessel.

By  2023, Small said SURFDEVRON would operate four Overlord USVs – two bought by the Pentagon, two bought by the Navy – as well as Sea Hunter and sister ship Sea Hawk, and an Medium Unmanned Surface Vehicle prototype the Navy awarded to L3Harris last year.