Germany buys 38 Eurofighters, making it the largest ordering nation for the combat aircraft. 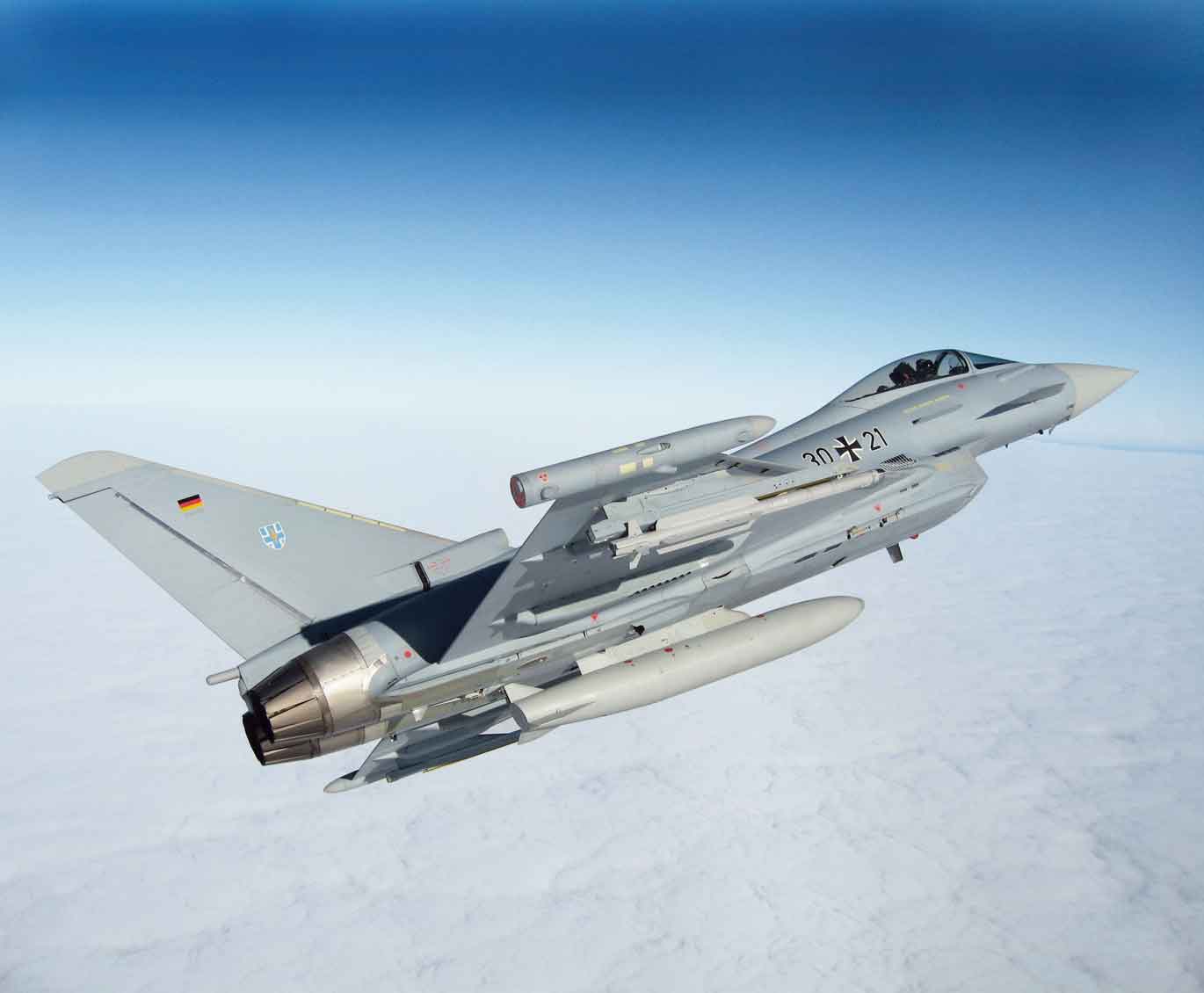 Airbus has signed a contract to deliver 38 new Eurofighter aircraft to the German Air Force. The contract makes Germany the largest ordering nation for the Eurofighter in Europe's biggest defence programme.

The order, also known by its project name Quadriga, covers the delivery of 30 single-seater and eight twin-seater Eurofighters. Three of the aircraft will be equipped with additional test installations as Instrumented Test Aircraft for the further development of the Eurofighter programme.

The Luftwaffe's Quadriga program will see the air force's aging Tornado fleet replaced by 93 Eurofighters and 45 F-18s from the US.

The renewed order from Germany secures production until 2030 and comes at a strategically important time for the programme. In addition to an expected Eurofighter order from Spain to replace its legacy F-18s, procurement decisions in Switzerland and Finland are imminent in 2021.

The variant offered in Switzerland corresponds to the configuration of the German Quadriga order. The equipment includes the world's latest electronic radar, future-proof hardware and software and unlimited multi-role capability for engaging air and ground targets.

Eurofighter is Europe's largest defence programme, in which the United Kingdom, Spain and Italy are involved alongside Germany. In addition to technological capabilities, it secures more than 100,000 jobs in Europe.