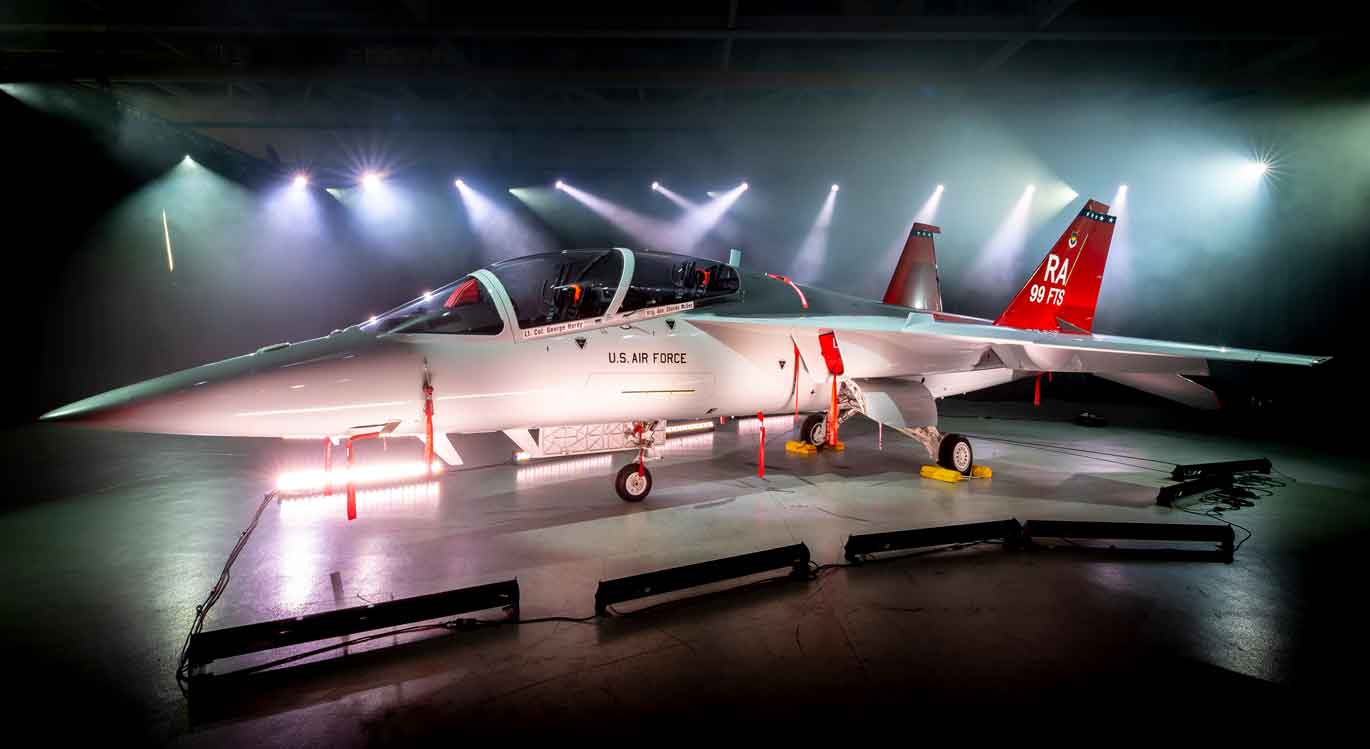 Built under the Engineering and Manufacturing Development (EMD) phase of the program, the T-7A Red Hawk advanced trainer test aircraft is part of a new, modern, and advanced pilot training system, known as T-7A Red Hawk in honor of the Tuskegee Airmen,  which will be delivered to the US Air Force.

With the T-7A Red Hawk, Boeing and Saab have applied an innovative digital strategy for design, development, and production of the military aircraft. Saab has used the model-based engineering which has been integral to  the development of the Gripen E.

This enabled the programme to deliver an all-new aircraft in record time (three years from concept to first flight), through a relentless focus on efficiency and accuracy.  "Today is the culmination of years of work, design, and partnership between Boeing and Saab. Saab’s knowledge and expertise contributed to the design and production of this world-class trainer, with more than a thousand Saab employees involved. Collectively we set out an ambitious vision: to redefine what a trainer jet is, but also how they are made, and we have succeeded,” said Saab’s President and CEO Micael Johansson.

The Red Hawk’s “fighter-like” design and performance, combined with embedded and live virtual constructive training, allows the download of training tasks from the existing fleet to a lesser cost platform while simultaneously delivering realistic training solutions that better prepare pilots for the training mission.The objective is to prepare better prepared pilots in less time.

It also shared common sub-systems with 4th and 5th-gen fighters, which allows the use of existing maintenance infrastructure, further lowering life cycle costs.

Check out this 360 experience of the T-7A in flight