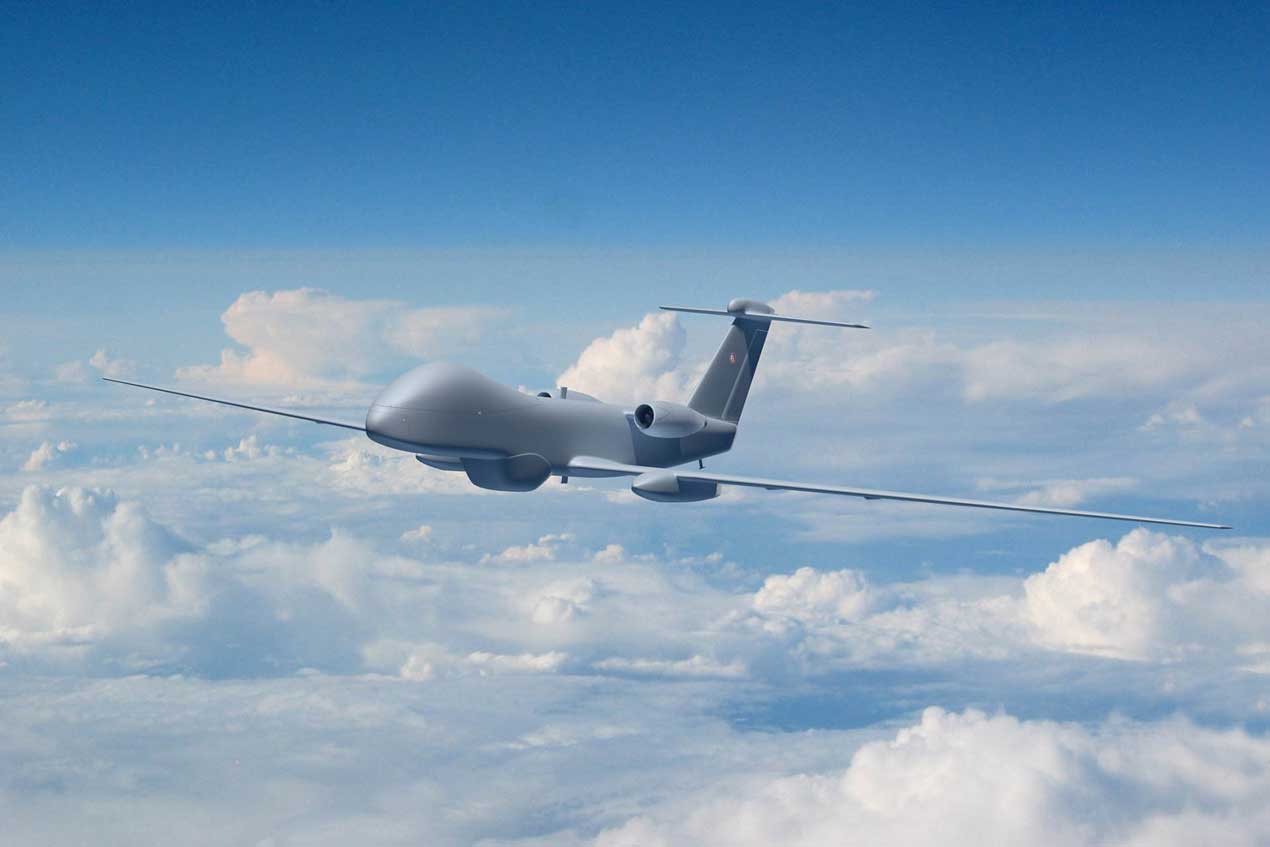 The European MALE RPAS  is an effort by a group of European countries to reduce their reliance on MALE RPAS technology imports from countries like the US. Most of the countries involved in the programme already operate Reasper MALE RPAS imported from General Atomics in the US.

Europe wants to develop its own MALE RPAS, which could represent the first step in further political and strategic integration in the defence domain.

"The main purpose of the European [RPAS] is to provide wide-area ground and maritime surveillance along with reconnaissance of specific areas to assist commanders in the theatre of operations," says Airbus, adding that it will be equipped with "high-tech payloads."

The European MALE RPAS programme is managed by the European procurement agency OCCAR. A Definition Study contract was signed on 26 August 2016 with the European aircraft manufacturers Airbus Defence and Space, Dassault and Leonardo. The Development Phase is expected to be launched in 2019.

The four defence mission system companies say their longstanding experience and technology leadership in defence electronics and mission systems will substantially reduce the inherent risks of such a challenging programme.

“The future operating environment of Air Forces will bring a variety of flying platforms into one force multiplying network”, said Hensoldt’s CEO Thomas Müller. “The close co-operation of the various platforms’ mission systems is paramount to leverage the advantage of such a highly complex network.”

Müller says the architecture of the new RPAS mission system must be in the hands of subject matter experts from the start, tailoring its development, irrespective of single-platform aspects.

Ignacio Mataix, executive director at Indra, says the alliance will pave the way for future large programmes currently being defined in Europe. “Our long-term experience in collaboration programmes and our mindset will be beneficial in terms of risk reduction and full capability achievement,” he says.

“The teaming with our historical European partners will lead to a high level of success” says Enzo Benigni, chairman and CEO of Elettronica.