Embraer and BAE Systems to collaborate on delivering the C-390 to Middle East customers. 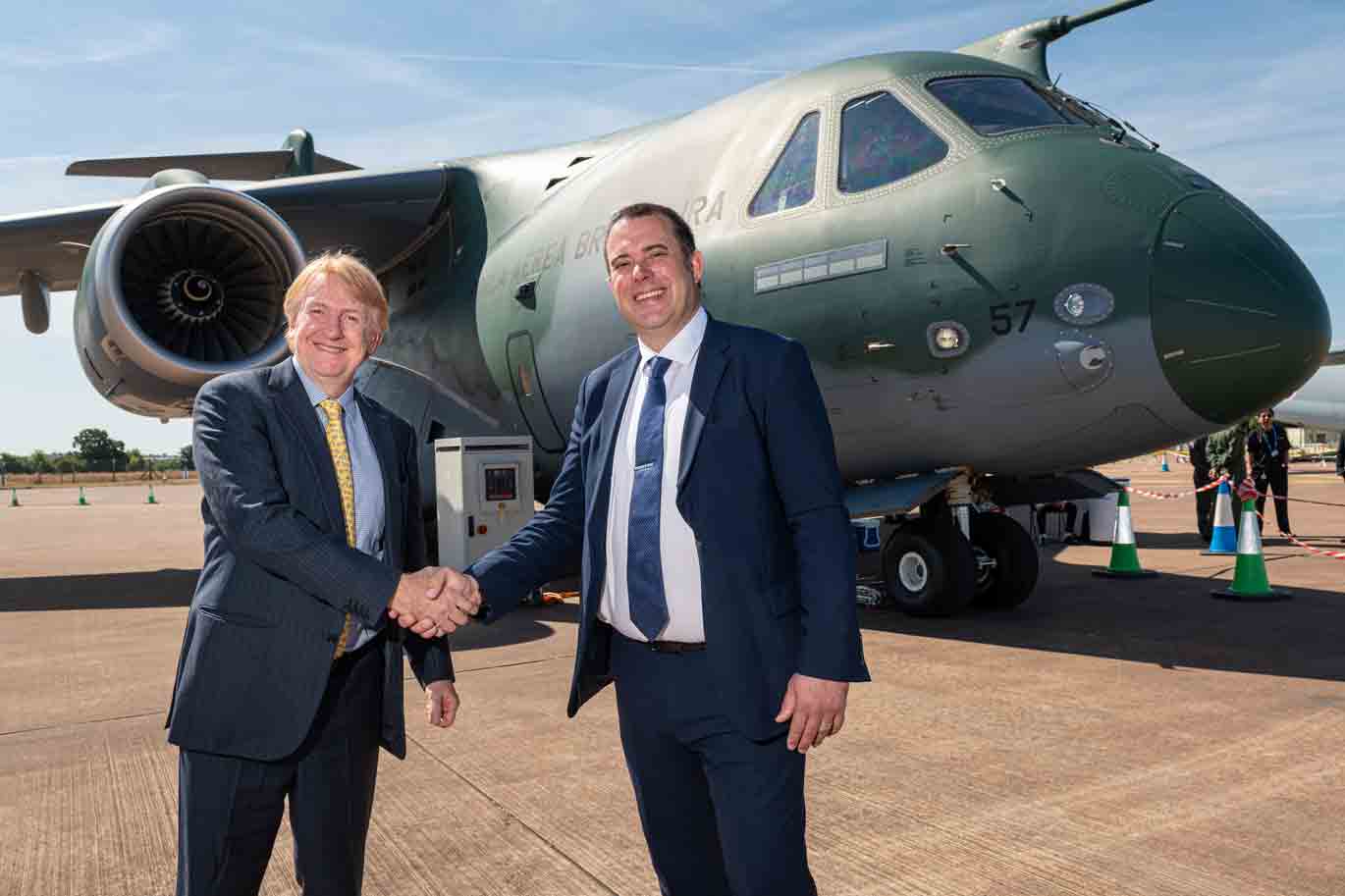 Embraer and BAE Systems will work together to sell the C-390 transport aircraft into Middle Eastern markets, with the Kingdom of Saudi Arabia to be the initial focus of their collaboration.

The srategic partnership between the two companies was formalised with the signing of A Memorandum of Understanding (MoU) at the 2022 Farnborough International Air Show in the UK, which runs from the 18–22 July.

“The MoU for the C-390 Millennium draws on the collective strengths of two leading aerospace players, BAE Systems and Embraer,” said Jackson Schneider, president and CEO of Embraer Defense & Security. “The aircraft brings a new concept to market, offering a versatile and multi-mission platform with very low operating costs and fast turnaround, which is an unbeatable combination.”

Ian Muldowney, Chief Operating Officer for BAE Systems Air sector said the capability of the C-390 Millennium aircraft would be combined with BAE Systems’ extensive knowledge of international markets, including experience in standing up military capability and delivering industrialisation through the support, maintenance, and training solutions for complex aircraft.

Both companies also agreed to create a joint venture to explore how the Eve electrical vertical take-off and landing (eVTOL) vehicle, which was developed for the commercial urban air mobility market, could be used for defence and security applications.

"Teams from BAE Systems and Embraer will continue working together to explore how the aircraft, designed for the urban mobility market, can provide cost-effective, sustainable, and adaptable capability as a defence variant,” explained Schneider.

Muldowney said eVTOL is just one example of how BAE is looking at emerging technologies, including those from the commercial market, to bring vital operational capability to customers quickly and at a lower cost, whilst also supporting environmental and sustainability goals.

eVTOL aircraft, which are an environmentally friendly alternative to traditional aviation, are considered to be the future of urban air transport. But they may not only ferry urban commuters to work. They could  also be used, for example, for cargo transportation.

In December 2021, BAE Systems and Embraer revealed plans to work together on the development of the Eve eVTOL aircraft as a potential defence variant. At the Farnborough Air Show, Eve, the Urban Air Mobility arm of Embraer, announced a non-binding Letter of Intent (“LOI”) with Embraer and BAE Systems to explore the potential order of up to 150 electric vertical take-off and landing (eVTOL) vehicles with the aim of examining the aircraft application for the defence and security market.

Andre Stein, Co-CEO of Eve, added: “We are thrilled that Embraer and BAE Systems have chosen Eve as their platform for this collaboration. Our eVTOL can be adapted to meet various essential applications in this market, such as humanitarian response and disaster relief. This collaboration also indicates that the defence market can be more sustainable and at the same time allows Eve to remain focused on exploring the Urban Air Mobility market.”

The potential order will be added to Eve’s current backlog of 1,910 eVTOLS, the largest within the Advanced Air Mobility (AAM) industry.