A New Generation of Transport Aircraft on show at IDEX 2017 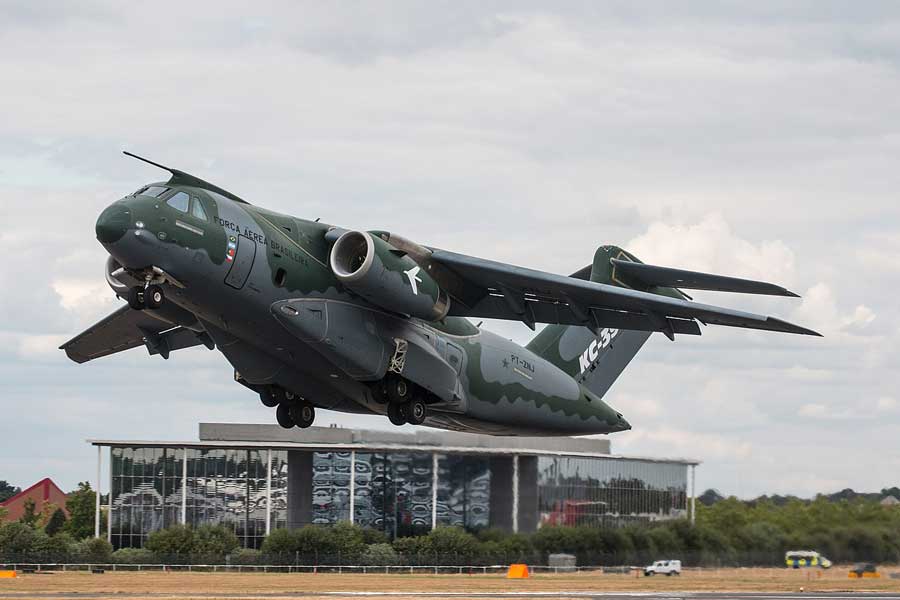 Embraer’s new multi-mission, medium-lift transport KC-390 aircraft, which made its international debut at the Farnborough Air Show last year, will be on display at IDEX 2017 In Abu Dhabi.

Embraer is believed to have an order for 28 of the aircraft from the Brazilian Air Force and commitments from Argentina, Chile, Colombia, the Czech Republic and Portugal to buy an additional 32, according to media reports. The KC-390 will replace the C-130 Hercules and KC-130 models currently used by the Brazilian Air Force.

Embraer says the KC-390 sets new standards in its category, while presenting the lowest life-cycle cost in the market and the ability to perform multiple missions such as transport and airdrop of troops and cargo, search and rescue (SAR), medical evacuation, aerial refuelling (fixed and rotary wing) and firefighting, among others.

Since the start of the flight test campaign, on 26 October 2015, Embraer says both KC-390 prototypes presented high availability, logging an unprecedented flight rate, with more than 800 flight hours accumulated by early February.

“The KC-390 brings a new concept to the market as a multi-mission aircraft capable to perform several tasks with a single platform”, stated Jackson Schneider, President and CEO of Embraer Defense &Security. “It delivers superior performance by carrying more cargo, faster than any other medium-lift aircraft.”

Also being showcased at IDEX by Embraer is the A-29 Super Tucano, a light attack and close air support aircraft. The Super Tucano is a turboprop aircraft capable of operating from unimproved runways. It has been selected by 13 Air Forces around the world.