Portugal set to acquire five of Embraer's military transport aircraft for a wide range of missions. 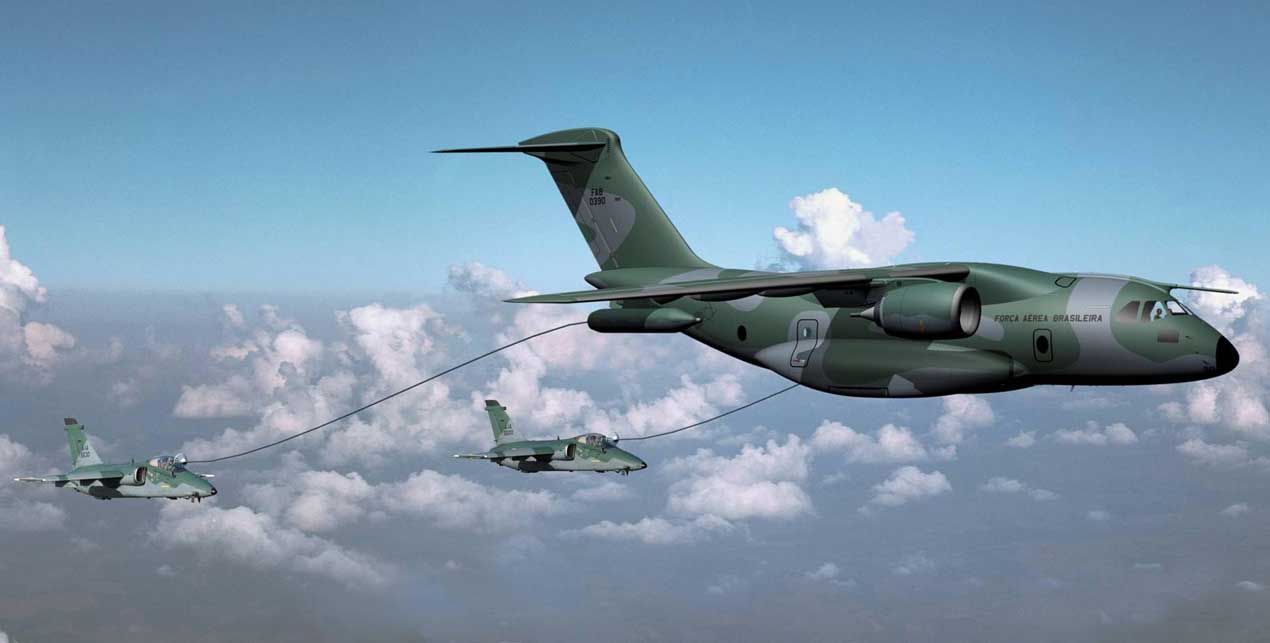 Portugal will acquire five multi-mission KC-390 airlifters from Embraer as part of efforts to modernise its Air Force. The contract, which was signed at Embraer's facility in Évora, also features services and support and a flight simulator.  Deliveries of the aircraft are scheduled to commence in 2023.

According to Embraer, the KC-390 sets new standards for efficiency and productivity in its category while presenting the lowest life-cycle cost of the market. The aircraft fully meets the requirements of the Portuguese Air Force, being able to perform different types of military and civilian missions including, humanitarian support, medical evacuation, search and rescue, and firefighting, superior cargo and troops transport, aerial delivery and aerial refueling capabilities.

“This is the highest achievement of a careful selection process that makes us proud, representing the entry of the KC-390 into the international market. The KC-390 will meet Portugal's operational needs, ensuring the ability to integrate with allied nations for decades to come”, said Jackson Schneider, President and CEO of Embraer Defense & Security. "This contract strengthens the industrial partnership between Portugal and Embraer, contributing to the development of the engineering and aeronautics industry in Portugal."

Portugal is the largest international partner of the KC-390 programme. The KC-390received its Civil Certification from the Brazilian National Aviation Agency (ANAC) in 2018 and is now in full serial production. Entry into service is expected to occur in the third quarter of 2019 with the Brazilian Air Force (FAB), with follow-on deliveries to occur throughout the year.