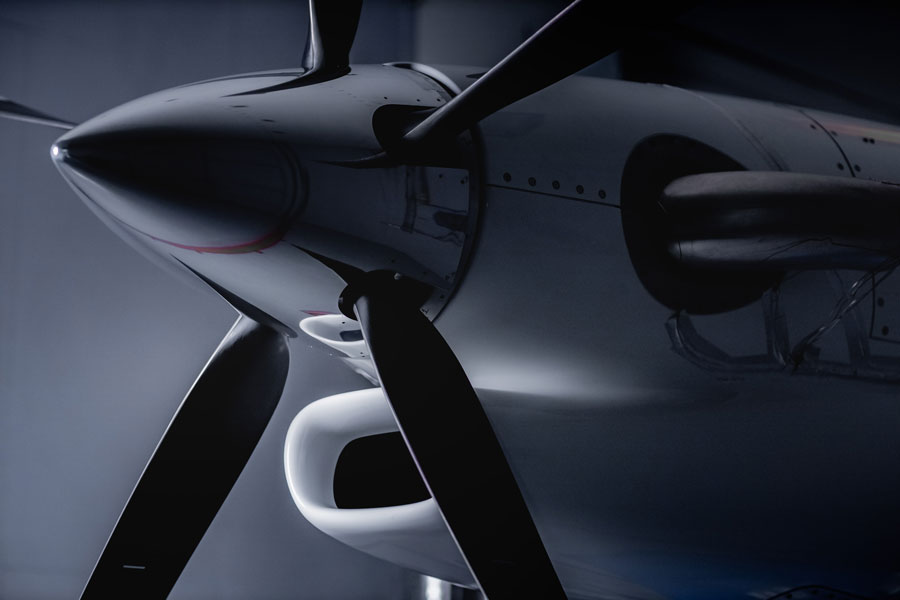 A new turboprop engine, designed and developed from scratch in Europe, will make its inaugural flight by Spring this year.

The GE Catalyst turboprop from GE Aviation, which features contributions from six European countries, is designed to meet the needs of both the civilian and  military markets, with particular reference to unmanned aircraft (UAV), trainer and light transport aircraft.

Paolo Salvetti, Sales Director, Military Catalyst at Avio Aero, a GE Aviation business, which designs, manufactures and maintains components and systems for civil and military aviation, said the engine exceeded the most optimistic expectations in terms of performance and reliability. “And, with its first flight by spring, it is at an optimum stage of development,” he added. “We are confident that it will be an excellent response to the increasingly challenging demands of both civilian and military users in a wide range of uses for many years to come."

The Catalyst is the first engine in its category, the 1100 —1300 hp class,  to have the FADEC (Full Authority Digital Engine Control) system that controls not only the engine, but also the propeller. Avio Aero says this allows for optimized performance at all flight speeds, with a reduction in fuel consumption of approximately 15%–20% compared to the average.

A single control point gives the pilot an experience similar to that of a jet, where a single lever is used to control the thrust of the propulsion system. Avio Aero says this is a feature of great importance for unmanned aircraft because FADEC greatly simplifies integration with the on-board avionics.

Other features new to the Catalyst class include two, variable-geometry compression stages, and cooled, high-pressure turbine blades, which are designed to guarantee better performance, greater response to commands, and excellent reliability. The turboprop also incorporates parts developed in additive manufacturing at Avio Aero's Italian plants. This technology reduces weight and increases performance in a sustainable manner.  The engine also boasts a compression ratio of 16:1, (the highest in its category), a guarantee of high thermal efficiency and higher performance with low consumption, along with 98 patented technologies.

Given the upcoming first flight and a fast entry into service of the Catalyst, an important step is the integration with the German MT Propeller for military applications, which started last January at Avio Aero's plant in Brindisi (Italy). Thanks to the special structure, which combines wood, metal and composite materials, Avio Aero says it allows for a weight reduction of between 8% and 20%, with noise . Vibrations are reduced from 30% to 50% compared to other propellers on the market.

The company says the integration under development in Brindisi will significantly reduce the time and risk on future aircraft applications. It will offer future military users a pre-integrated propeller-engine solution already tested and optimised thanks to the contribution of the FADEC system.

The Catalyst has passed altitude tests of up to 41 thousand feet (12,496 m) and completed its first certification test in October 2019. The entire certification process will be completed by autumn 2021.

In the tests, Avio Aero says the Catalyst demonstrated excellent ability to provide more power and optimised performance at altitude, including an additional two hours in flight time for a typical  UAV mission.