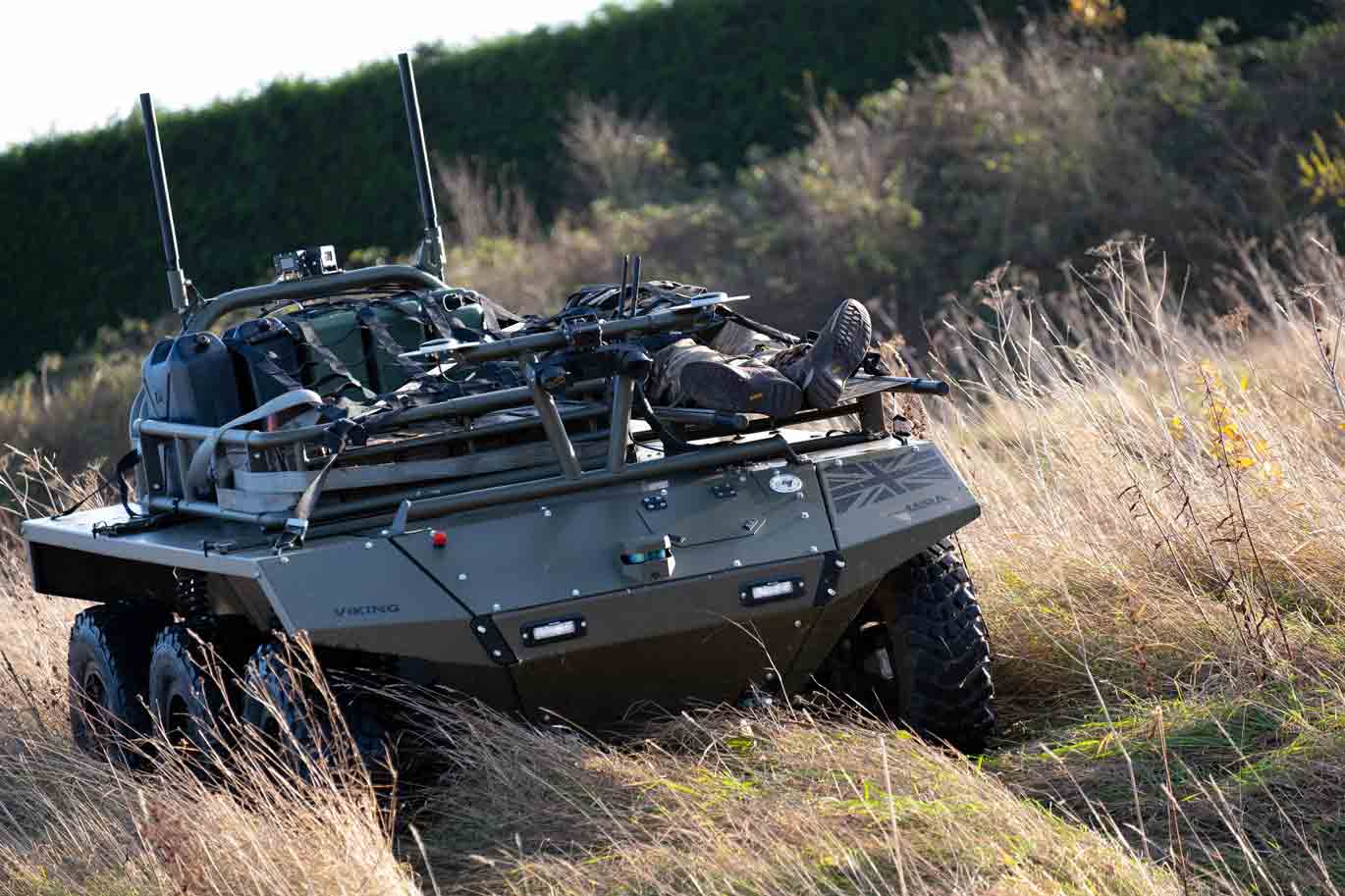 HORIBA MIRA has been awarded a £3 million contract by the UK MoD for an end-to-end autonomous resupply system.

By de-risking troops from battlefield exposure associated with logistical operations, manpower can be better deployed in combat roles and missions can be delivered at greater tempo. The UK's Defence Command Paper,  Defence in a Competitive Age, envisages self-sufficient Brigade Combat Teams able to meet demand by drawing on their own dedicated logistics and combat support units.

AGILE is distinct in the make-up of the companies selected by HORIBA MIRA to deliver the end-to-end solution. Rather than large defence contractors, all of AGILE’s expert partners are smaller, UK-based innovators with cutting-edge hardware and software technologies that have the capacity to deliver Forces a competitive advantage.

HORIBA MIRA is leading the project, with responsibility for integration of the robotic & autonomous battlespace management systems and provision of its VIKING six-wheel unmanned ground vehicle. VIKING can carry payloads of 750 kg at speeds of up to 50km/h with high manoeuvrability achieved through its six-wheel independent suspension and four-wheel steering. VIKING is powered by a diesel electric parallel hybrid powertrain, which delivers 20 km of silent operation and a total range of up to 200 km

VIKING’s autonomous operation is built on HORIBA MIRA’s MACE system, which has been in continuous development for 15 years. MACE uses vision-based AI for terrain and object recognition, for mapping, routing and obstacle avoidance, even in GPS-denied environments.

The AGILE solution is hosted on a single mesh network linking multiple air and ground platforms, and is directed through HORIBA MIRA’s battlespace management software, which can be controlled by a single user. The work builds upon previous projects that MIRA has completed with Dstl, the UK’s Defence Science and Technology Laboratory and the Defence and Security Accelerator (DASA) developing new technology for Autonomous Last Mile Resupply (ALMRS) and Joint Tactical Autonomous Resupply and Replenishment (JTAAR).

Andy Maloney, Chief Engineer for UGVs and Defence at HORIBA MIRA  said, “This is a fantastic opportunity to capture the ingenuity of a number of leading UK-based companies, and advanced AI-based autonomy that we previously developed with the Defence Science and Technology Laboratory and the Defence & Security Accelerator, to create a rapid development and experimentation programme to give the British Army durable advantage through emerging technologies.”

James Gavin, Head FCG at DE&S, said, “Our team used a dynamic commercial approach to stimulate industry and draw in over 50 companies who have key technologies in this area. They then worked with pace and agility to identify three suppliers offering potential solutions from a vast amount of industry specialists.”