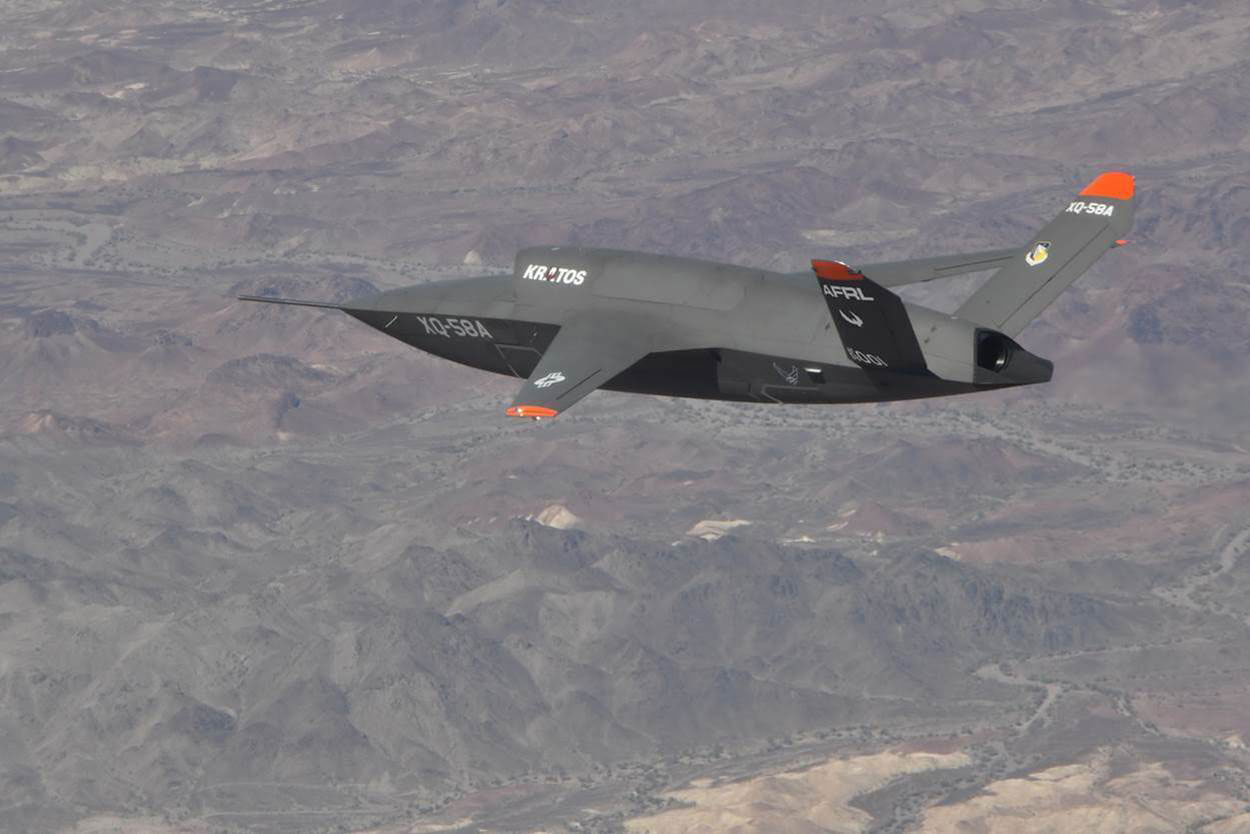 The XQ-58A demonstrator was developed by Kratos Unmanned Aerial Systems (KUSD) in partnership with the Air Force Research Laboratory (AFRL) on the Low Cost Attritable Strike Demonstrator (LCASD) Program, which has the objective to break the escalating cost trajectory of tactically relevant aircraft.

in 2016, KUSD received a $40.8 million single award, cost-share contract from the AFRL. The Air Force goals for the LCSAD program include:

During the latest test flight, Kratos says the UAV successfully completed its test objectives during a 71-minute flight. The Valkyrie is a multi-mission, runway-independent UAS capable of long-range flights at high-subsonic speeds and a variety of applications.

Steve Fendley, president of Kratos Unmanned Systems Division, stated: “With this most recent milestone, the readiness of the XQ-58A is accelerating and increasing the near-term application opportunities for the system.  I am extremely proud of our development, production, and test teams who continue to deliver successful results, in record time, on our comprehensive system level efforts—rare within the aerospace and defence industry.”