Lockheed and Rafael to develop a variant of Israel’s Iron Beam system for the US market. 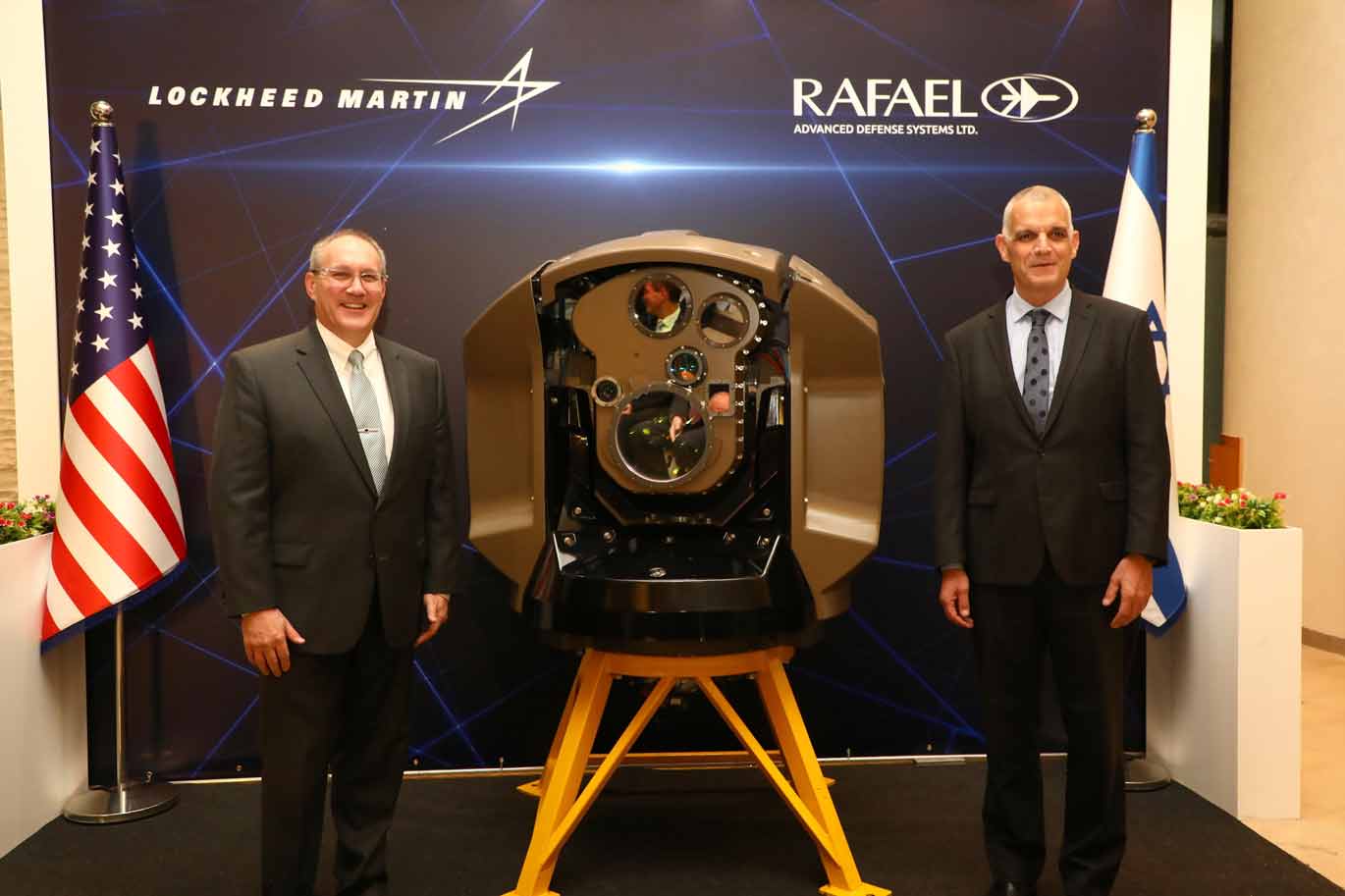 Lockheed Martin and Rafael Advanced Defense Systems will jointly develop, test and manufacture a High Energy Laser Weapon Systems (HELWS) in the US and Israel.

Both companies have signed a teaming agreement to develop a variant of Israel’s Iron Beam system for the US market as well as others. Iron Beam is a 100kW-class HELWS and is expected to be the first-ever operational system for ground-based air defence against threats such as rockets, mortars and UAVs,  and even drone swarms, delivering engagement at the speed of light. It was developed independently by Rafael and the Ministry of Defense's Directorate of Defense Research and Development (DDR&D).

“Lockheed Martin is entering a new area of operations in Israel,” said Joshua (Shiki) Shani, Chief Executive, Lockheed Martin Israel. “Our aerial platforms, such as F-35, F-16, C-130 and more, have been operational in Israel for many years and including CH-53K, these will continue to be into the future. Now, we step into the high-energy laser era and look forward to fielding operational, reliable, and highly effective systems with teammates such as Rafael.”

A few years ago, Rafael presented the first models of a laser gun called an Iron Beam, which is designed to respond to mortar shells fired from a range of up to five miles from the Israeli border.

Israel’s celebrated missile defence system Iron Dome, which Iron Beam is named after, reportedly had difficulty coping with these shells because of the short time that passes from the moment the launch is detected until the shell hits. A laser has a faster reaction time, which is thought to make it ideal for short-range munitions such as mortars. In recent years, as demonstrated by the war in Ukraine, other threats such as small UAVs and drone swarms have become more prevalent, which traditional air defence systems find difficult to counter. Laser weapon systems on the other hand have a high multi-target capability.

A laser beam also has additional advantages over missile-based defence systems, since its arsenal of ammunition is limitless and the cost of launching a laser beam is considerably lower compared with an Iron Dome interception missile, which is estimated to cost tens of thousands of dollars

After years of joint development by Israel’s Ministry of Defense's Directorate of Defense Research and Development (DDR&D) and Rafael, the Iron Beam project was initiated by the DDR&D. In the last year, a series of tests on the system was carried out which are said to have proved the system’s operational capability.

Rafael CEO and President Maj. Gen. (Ret.) Yoav Har-Even said the strategic teaming agreement with Lockheed Martin serves as a force multiplier for Rafael and the Israeli market. “We are working to ensure our customers receive the most advanced, effective, and best in class systems. This agreement will expand and diversify the capabilities we can offer to a variety of customers."

Har-Even said Iron Beam serves as a clear example of Israeli-made capabilities leading to strategic cooperation which will greatly benefit both sides. Iron Beam is set to be integrated into Israel’s multi-layered air defence array. Rafael says it will be cost effective and able to counter emerging threats, while also defending critical infrastructure, strategic sites, manoeuvring forces, and population centres.

“The system is designed to provide defence against emerging threats in today's complex battlefield, bolstering the strength of the Israeli homefront, and is a catalyst for forging bilateral collaborations,” said Dr. Ran Gozali, executive vice president and head of the Land and Naval Systems Directorate at Rafael.

In addition to Iron Beam, Rafael has also developed Lite Beam, a 7.5kW HEL interceptor for C-mUAVs and ground targets such as IEDs and unexploded ordnance, neutralising targets from a distance of a few hundred meters up to 2,000 meters. The first proven prototype of Lite Beam is already available.