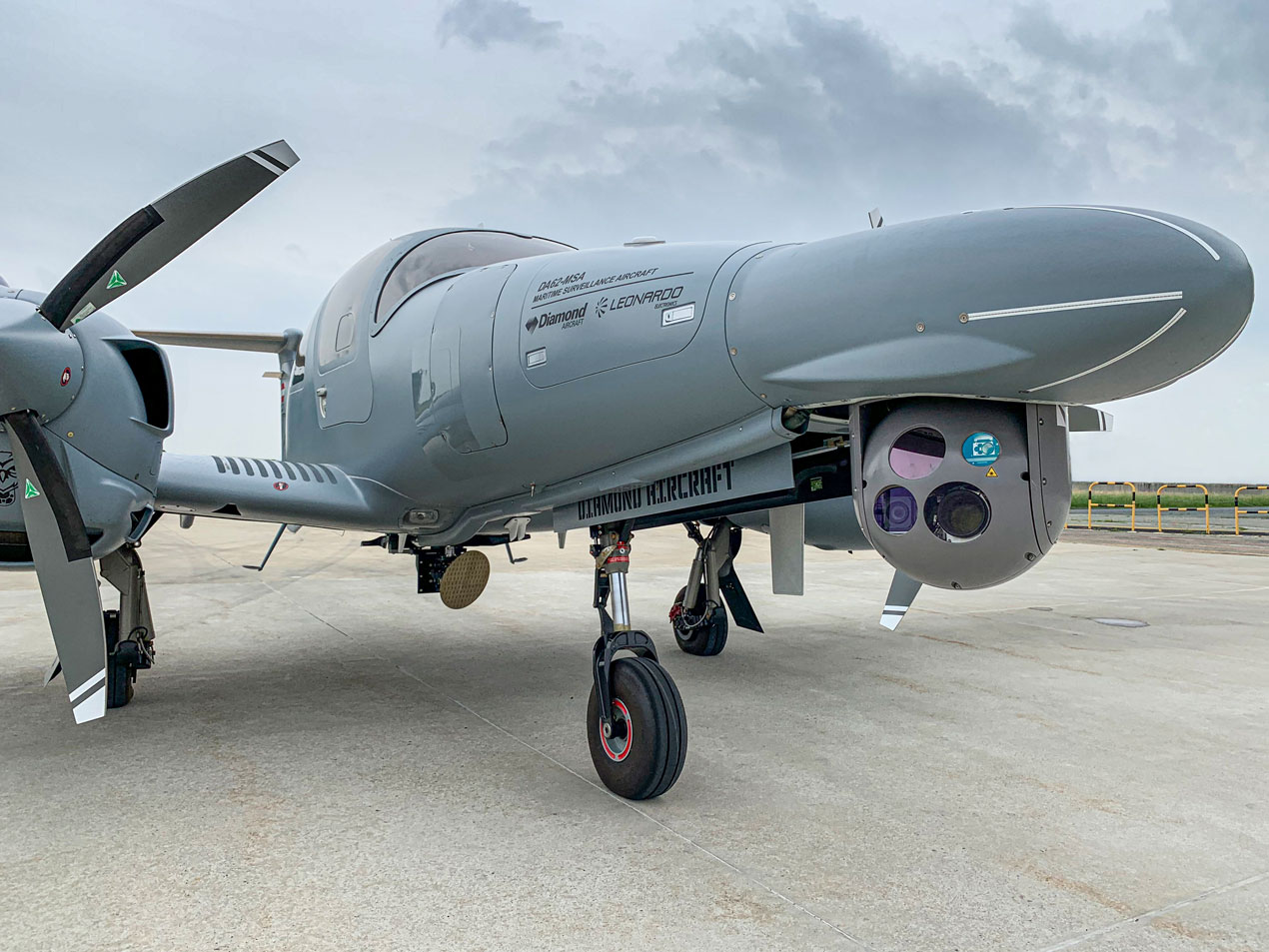 The new DA62-MSA Maritime Surveillance Aircraft will be on show for the first time at the Paris Air Show 2019 from the 17–23 June. Leonardo and Diamond Aircraft Industries have teamed up to offer a version of Diamond’s popular twin-engine DA62 aircraft customised for maritime surveillance missions.

The collaboration is a response to the need for cost-effective, short/medium-range land and maritime surveillance platforms in regions such as South America, Africa and Asia-Pacific. The DA62-MSA provides an affordable and pilot-friendly aircraft with a full suite of sensors which, through the ATOS mission system, deliver a single, intuitive operational picture to the crew.

The aircraft will also come with a High Definition EO/ IR turret which, like the radar, will be fully integrated into the operator’s touch-screen ATOS display in order to follow and manage the surveillance missions.

“We recognized the importance of such a capability and the high demand of many countries to protect their borders against illegal fishing and other criminal operations,” said Liqun Zhang, CEO of Diamond Aircraft. "This new airborne solution, based on our DA62 Special Mission Aircraft, will be available to the market by the end of the year, ready to deliver and provide security and surveillance tasks.”