In the North Hall at DSEI 2019 last week, was a full-scale mock-up of how the Royal Air Force's combat air capability could look in a post-Eurofighter Typhoon world.

Delegates were offered the opportunity to sit in the cockpit of Team Tempest’s concept aircraft, in order to sample how some of the technologies studied during the project could look.

Surrounding the concept aircraft were current RAF weapons systems, including the Meteor beyond visual range air-to-air missile and the future SPEAR precision land attack weapon. Both weapon systems are manufactured by MBDA who also took the opportunity to showcase some of its concepts for how precision weapons could evolve in the future.

One of the most high profile weapon systems on display was the SPEAR Electronic Warfare (EW) variant, for which MBDA has received a contract from the UK Ministry of Defence for a capability demonstration.

Mike Mew, MBDA UK Director of Sales and Business Development, said: “SPEAR-EW is a revolutionary new capability that, alongside the existing  SPEAR3  weapon, marks a fundamental change in the ability of friendly air forces to conduct their missions despite the presence of enemy air defences. Our vision for SPEAR is to create a swarm of networked weapons able to saturate and neutralise the most sophisticated air defences.” 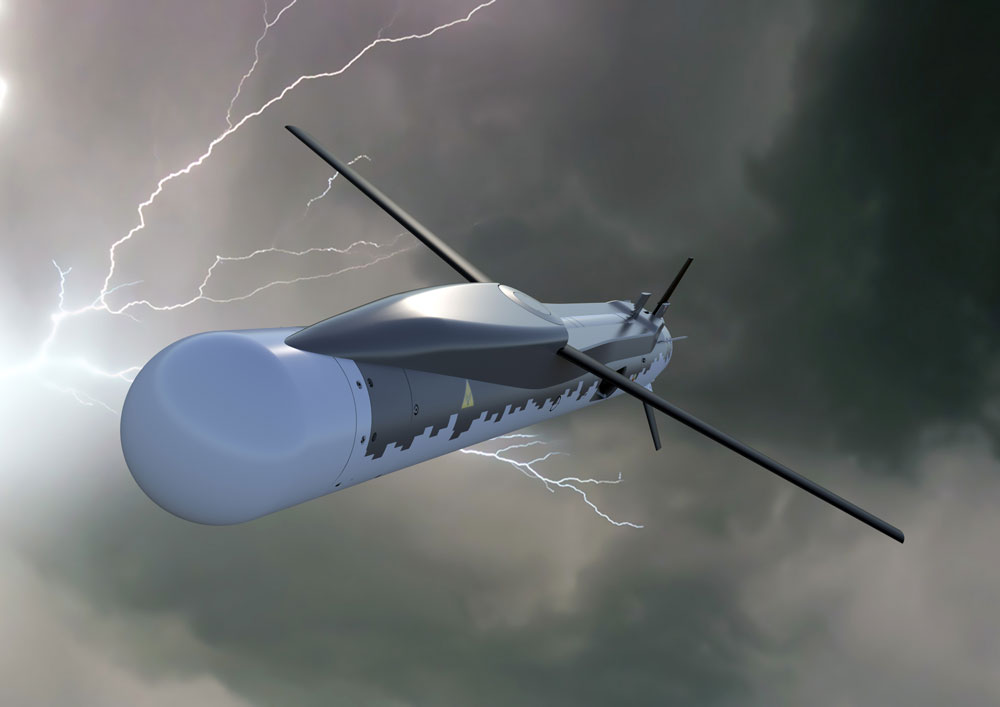 The core of SPEAR-EW’s payload is  Leonardo’s advanced, miniaturised Digital Radio Frequency Memory (DRFM) technology, which MBDA says offers the most advanced and future-proof electronic jamming and deception available on the market today. MBDA engineer Alex Bowyer said SPEAR EW is designed to give the RAF the capability to have stand-off jamming and decoy in an airframe.

MBDA will assess how air combat will be fought in the future with its feedback used in the Team Tempest venture.

Also on display was a mock-up of a stand-off cruise missile with both super and sub-sonic variants, with the latter optimised for stealth missions. Though not targeted at any particular requirement, these weapon systems come at a time when the number of missiles with stealth and/or high-speed attributes is increasing.

As part of its studies into the evolution of air warfare, MBDA also showcased a concept for micro missiles, one for air-to-air mode to give combat aircraft a kinetic capability to enhance survivability in hostile environments, while an air-to-ground variant would provide a precision method of striking targets with little or no armour, such as 4x4 vehicles. Also featured on MBDA’s stand was the proposed ‘glide’ variant of the SPEAR.