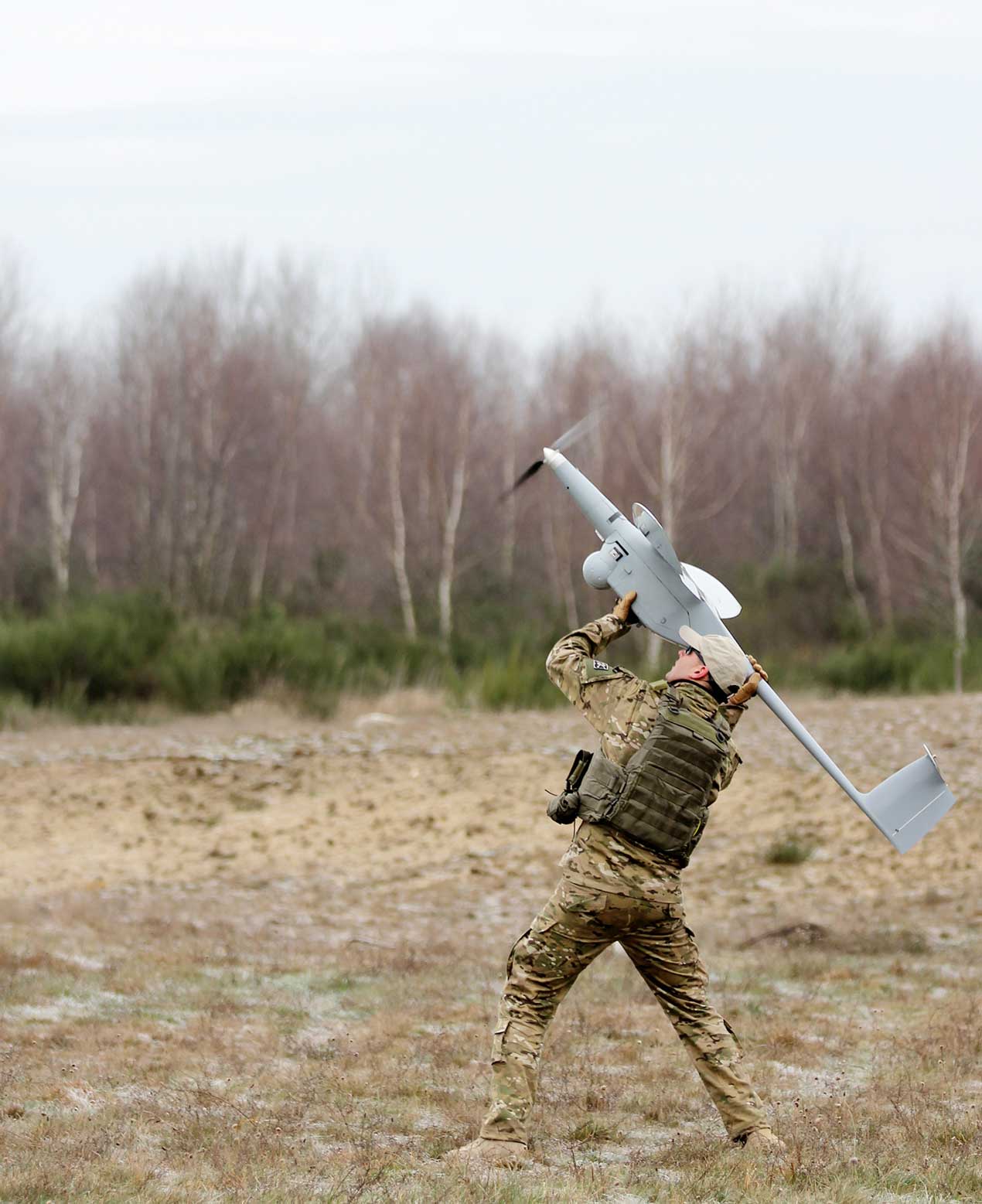 Poland's WB GROUP has delivered the first batch of mini unmanned air system (UAS) FLYEYE to the Polish Armed Forces, following the signing of a $3 million contract on 3 December  by the Polish Ministry of Defence (MoD).

The agreement stipulates the option for delivery of additional sets, with one set comprising multiple FLYEYEs.

FLYEYE is a modular system characterised by its ease of assembly and disassembly. Launch readiness can be achieved in less than 10 minutes, says WB Group. Hand-launched, with no additional equipment, means it can be operated in tight spaces and confined areas. The UAS allows for integration with light precision armaments and an acoustic vector sensor to detect the source of fire.

The system is battle-proven in Afghanistan, says WB Group, and is currently being used by the Ukrainian Army. The third generation of FLYEYE is equipped with a new observation head and batteries. The ground control station as well as backpacks and cases have also been modernised.