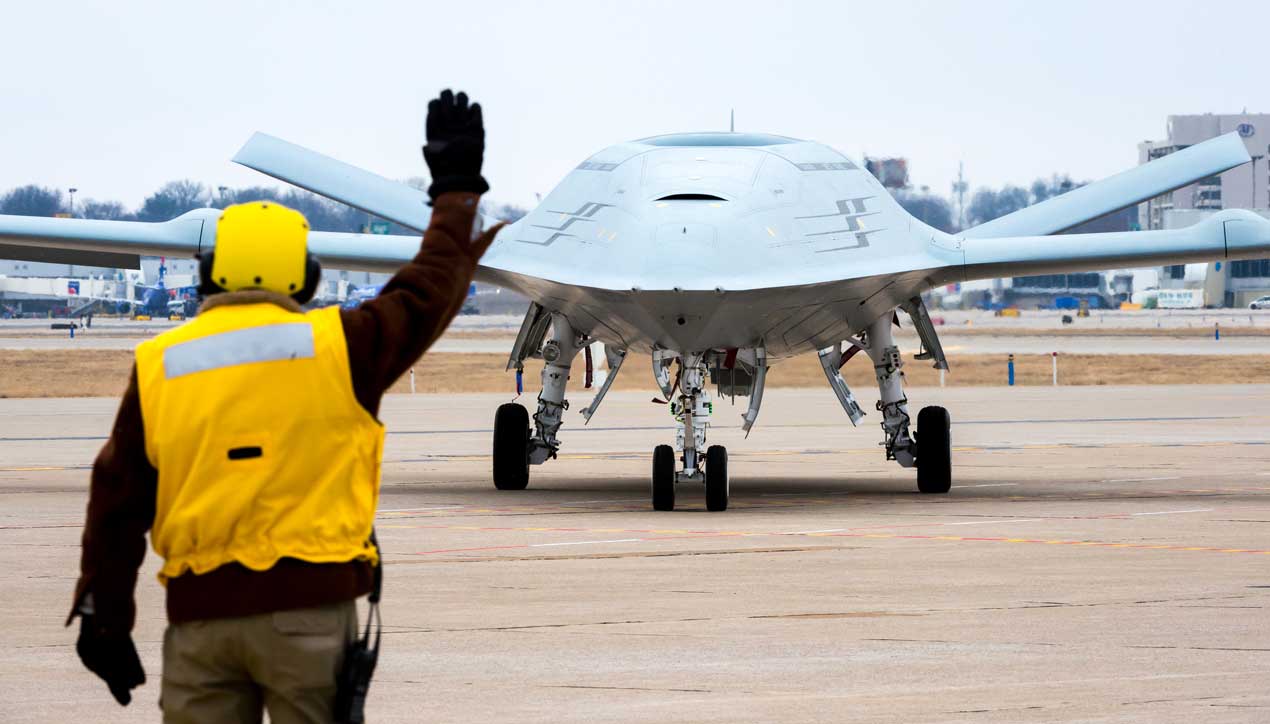 Boeing's MQ-25 Stingray aerial refuelling drone is designed to help extend the combat range of US Navy aircraft such as the F/A-18 Super Hornet, Boeing EA-18G Growler, and Lockheed Martin F-35C fighters. Under a contract worth $804 million, Boeing will supply the US Navy with four MQ-25 aircraft for Initial Operating Capability by 2024.

Curtiss-Wright has been a supplier to Boeing for more than 60 years. This latest MQ-25 contract will require the addition of half a dozen engineers and technicians at Curtiss-Wright, which is also a supplier to a range of other Boeing commercial and defence programmes.

“The MQ-25 programme is vital because it will help the US Navy extend the range of the carrier air wing, and Boeing and our industry team is all-in on delivering this capability,” said Dave Bujold, Boeing’s MQ-25 programme director. “The work we’re doing is also foundational for the future of Boeing – where we’re building autonomous systems from seabed to space.”

The aircraft has its origins in two US Navy programmes: the Carrier-Based Aerial-Refueling System (CBARS) programme, which grew out of the Unmanned Carrier-Launched Airborne Surveillance and Strike (UCLASS) programme. Initially thought of as a stealth combat or ISR asset, the MQ-25 later evolved to become a carrier-based aerial refuelling tanker, with strike capabilities on hold for a later iteration of the aircraft.