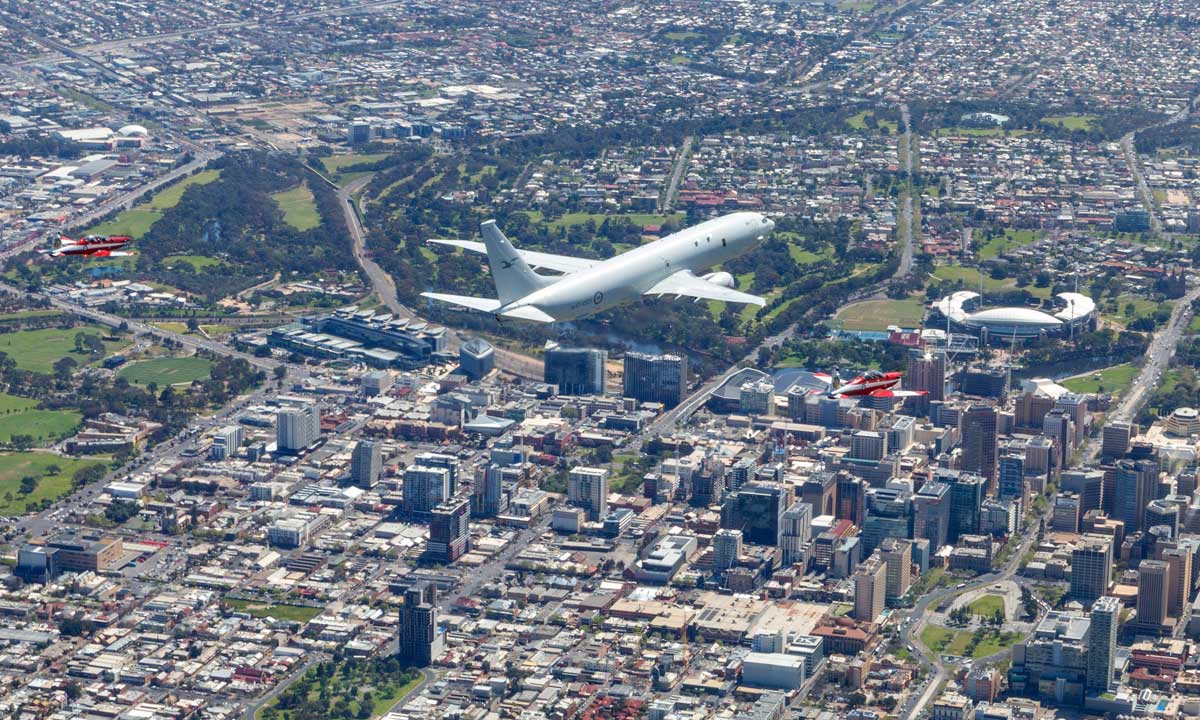 A P-8A Poseidon flanked by two Air Force PC-9/A aircraft fly over the city of Adelaide during the 2019 Edinburgh Air Show. Picture: Bill Solomou/Department of Defence.

Boeing's P-8 Poseidon maritime surveillance aircraft has proved so successful that the Royal Australian Air Force will deploy them ahead of final operational capability being granted.

RAAF Director of Intelligence, Surveillance, Reconnaissance, Electronic Warfare and Space Group Captain Jason Lind said he expected all 12 P-8As to be stationed at Edinburgh in Adelaide Australia by March 2020.

“They’ve been doing a really good job up north in border protection, they’ve also been deployed over in Japan enforcing the embargo on North Korea and one of our aircraft has gone over to the Middle East supporting a US-initiative patrolling the Gulf,” stated Lind.

So far the Australian government has committed to acquiring 12 Poseidon P8-As It is also expected to buy seven unmanned MQ-4C Triton aircraft to complement the P8-A on border patrol and maritime surveillance. Two of an initial six of the unmanned Tritons have been approved with the first aircraft expected to be delivered to the RAAF in 2023.

The fifth-generation Poseidon and Triton maritime patrol and response programme fall under the operational command of 92 Wing, which is based at Edinburgh in South Australia.

Eight Australian Defence Force personnel are working with the US Navy in the Joint Program Office developing Triton, which is currently undergoing test flights. There are about 40 personnel working on the Triton project in Australia with the operational unit expected to grow to 140 when the unmanned aircraft is delivered.

“Triton, which flies at 50,000 feet plus, can give you great perspective and endurance and the P-8 can be more responsive to what the Triton might see – certainly they are designed to work together,” said Group Captain Lind.

The P-8A aircraft and MQ-4C Triton will replace the AP-3C Orions, which are due for withdrawal this year following more than 50 years of RAAF service.

This article is adapted from an article published by The Lead, South Australia