Teaming of helicopter and drone shows control can be passed between different operators. 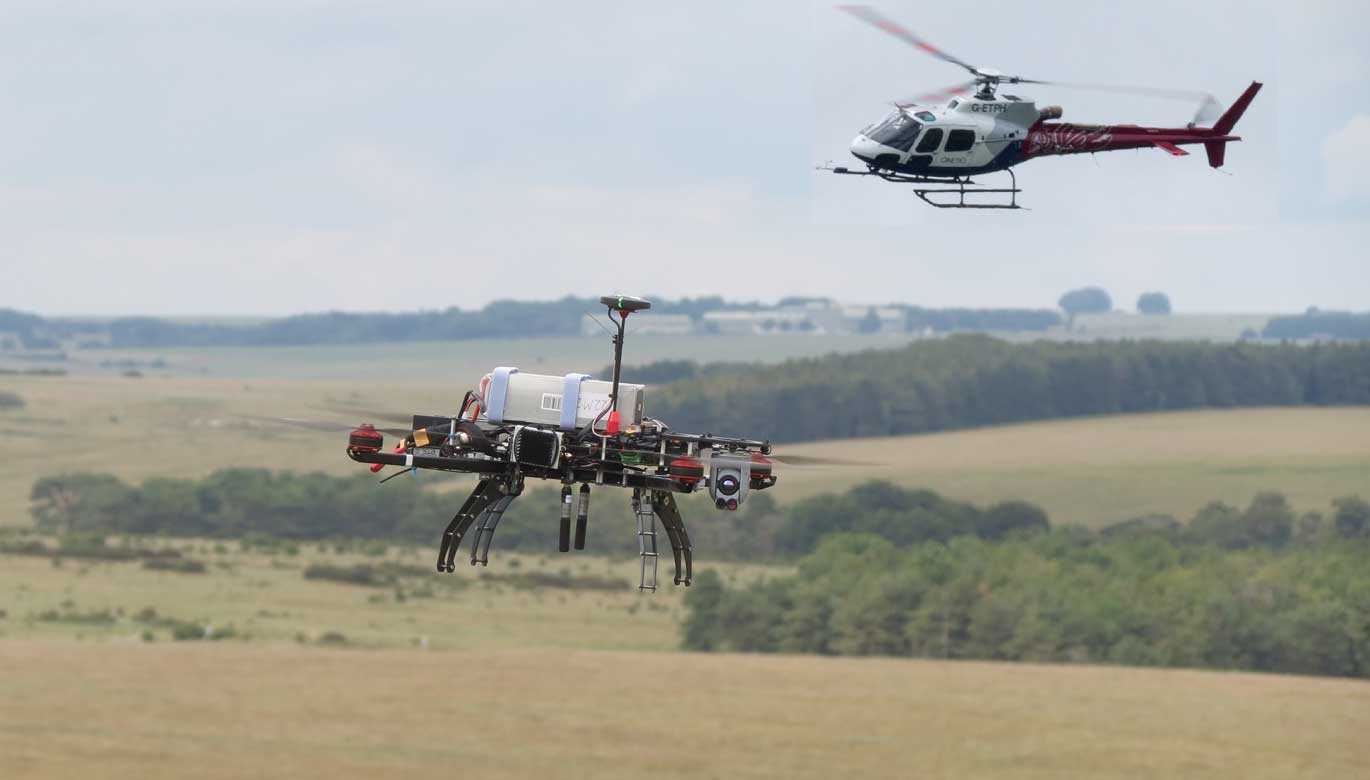 QinetiQ has delivered the UK’s first successful demonstration of teaming between a manned and unmanned aircraft. The demonstration, which featured a manned helicopter and a semi-autonomous drone, indicated that very little modification was required to existing aircraft to make airborne manned/unmanned teaming work effectively.

An operator on board the helicopter was able to switch between monitoring the images sent back by the drone’s cameras, allowing it to operate independently, searching for and identifying potential targets itself, only alerting the operator when a decision was required.

The demonstration, which took place on Salisbury Plain on the 19 June, used equipment and machines that were not designed specifically to work with each other, which QinetiQ said showed a more open and technology agnostic approach to manned/unmanned teams is possible.

The work is funded by Army HQ Research and Experimentation using the Defence and Security Accelerator (DASA) competition framework and will be delivered by Defence Science and Technology Laboratory (Dstl) to the British Army in September as part of the Army Warfighting Experiment.

Major Ben (name withheld for security reasons), a British Army pilot working with Dstl said he'd followed QinetiQ’s progress as it prepared the system. “This could be a game-changer for us,” he saidl. “The ability to use a manned/unmanned with any manned helicopter in the UK fleet has huge potential.”

The success of the demonstration was particularly impressive given it was delivered during a period of significant constraints due to the Covid-19 pandemic.

Teams comprising both humans and machines are an essential part of how militaries will operate in the future.

Many countries are trying to understand how that combination works best and how to ensure such teams can be used safely and with assurance in live environments.

There have been several demonstrations of airborne manned/unmanned teams in other countries, but the UK’s first successful demonstration is notable for three reasons:

1. The entire process was controlled through a point and click interface on a portable tablet on board a standard H125 helicopter. This indicates that very little modification is required to a host aircraft to make an airborne manned/unmanned team work effectively. It suggests how easy it could be to build such a team around any manned aircraft.

2. The manned/unmanned team was created using a range of different technologies from different suppliers. To date, most demonstrations have used products from a single company, so they are designed from the outset to work together as a connected system. This increases the options for defence and security customers and potentially offers a faster and lower cost path to a teaming capability.

3. The demonstration involved the successful passing of control between different human operators. Control of the drone was moved from one person to another securely and effectively throughout the trial. Not only does this ensure an unmanned drone can always be controlled by the person best placed to make decisions, it also paves the way for a more collaborative approach to using defence assets. Defence and security organisations are seeing a greater need to collaborate between sovereign forces to address common threats from unpredictable adversaries. Being able to easily share equipment and move control of assets from one trusted party to another could make it easier for countries to work together using a single pool of assets. Ultimately, this reduces cost and increases agility.

To deliver the successful demonstration at pace required more than just technical skill. QinetiQ had to find a cost effective way of undertaking the trials without placing a significant dependency on customer resources. “We had to use what was already available,” said QinetiQ’s programme manager, Rob Scott.  “We made full use of our live, virtual and simulated test environments as well as the facilities and resources available within our Long Term Partnering Agreement with the MoD.  We’re particularly pleased we could undertake a live testing programme using one of our own H125 helicopters. It provides a realistic platform for repeatable experimentation while saving the UK MoD time and money, by not requiring scarce operational resources to be diverted for trials.”