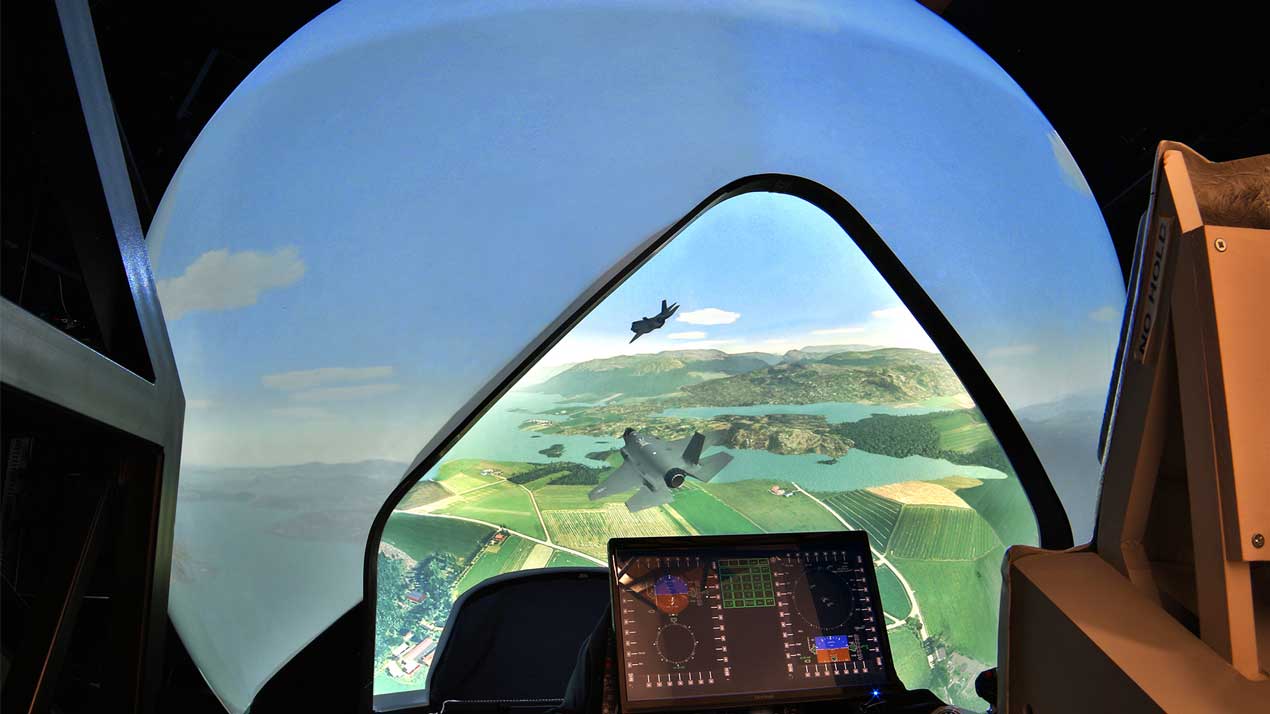 Rockwell Collins  unveiled the next generation of its 360-degree visual display system, for military fast-jet simulated training, at the Interservice/Industry Training, Simulation and Education Conference (I/ITSEC) in Orlando Florida this week. which is a key component of the F-35 Full Mission Simulator.

The Griffin-2 features a non-faceted, completely smooth-surfaced visual dome, and is built on an open architecture that allows the use of multiple projector types. This means that ultra high definition (UHD) commercial off-the-shelf (COTS) technology can now be utilised for optimal fidelity, resolution, and a lower acquisition and life-cycle cost compared to other systems.

In addition, Rockwell Collins says the modular design of the Griffin-2 makes it adaptable for any fast-jet aircraft type, including new and emerging aircraft platforms.