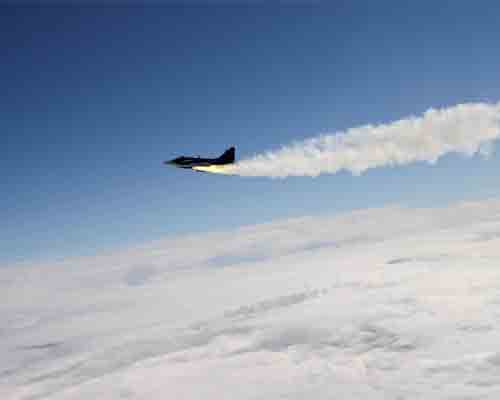 The following suppliers have until spring 2020 to submit initial proposals to Canada:

Saab’s bid to the Government of Canada will include a comprehensive proposal  to  deliver high quality jobs and technology, adding greater economic value and knowledge across Canadian industry coast to coast.

“Over the past two years, Saab and the Swedish Government have been encouraged by Canada’s open and transparent competition to replace its fighter fleet,” said Jonas Hjelm, senior vice president and head of Business Area Aeronautics at Saab. “We have assembled a dynamic roster of innovative leaders within Canada’s aerospace industry, across multiple regions to offer the best solution for Canada’s future fighter.”

IMP Aerospace & Defence will contribute with in-country production and in-service support for the life of the Canadian Gripen fleet. CAE will provide training and mission systems solutions, while Peraton Canada will provide avionic and test equipment component maintenance, repair and overhaul, and material management. GE Aviation will provide and sustain the fighter’s engines in Canada.

Saab says the Gripen for Canada Team presents a genuine “Made in Canada” solution and it looks forward to demonstrating how Gripen is the best value for Canada’s aerospace industry and taxpayers in terms of lifecycle costs and sustainment throughout the FFCP competition.

Canada granted an extension to the previous deadline of March 30, 2020, for submitting proposals for the Future Fighter Capability Project. Eligible suppliers now have until June 30, 2020, to finalize and submit their proposals.