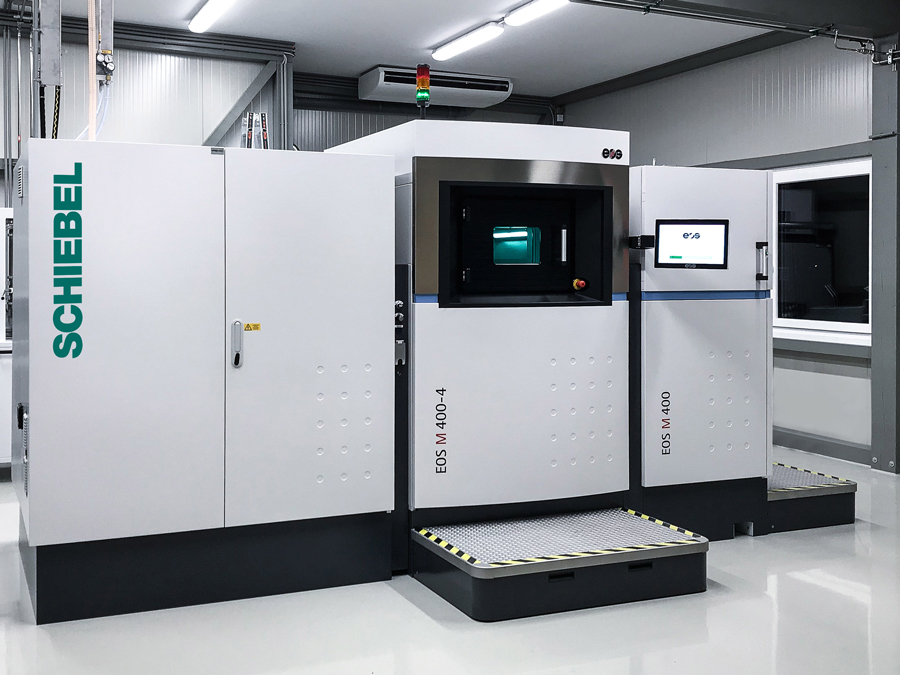 The 3D printer is being operated at Schiebel’s flagship production facility in Wiener Neustadt, Austria. The facility is currently being doubled in size to meet the growing demand for Schiebel’s market-leading CAMCOPTER® S-100 UAS and is set to be completed mid-2020.

Hans Georg Schiebel, Chairman of the Schiebel Group, said: “Schiebel prides itself on always being at the edge of aerial innovation. Being able to make use of additive manufacturing opens a plethora of opportunities to further develop the CAMCOPTER® S-100. Every future gram we save on the aircraft allows us to further increase endurance or payload capacity.”

Founded in 1951, the Vienna-based Schiebel Group focuses on the development, testing and production of state-of-the-art mine detection equipment and the revolutionary CAMCOPTER® S-100 Unmanned Air System (UAS). Certified to meet AS/EN 9100 standards, Schiebel has built an international reputation for producing quality defense and humanitarian products, which are backed by exceptional after-sales service and support. With headquarters in Vienna (Austria), Schiebel now maintains production facilities in Wiener Neustadt (Austria) and Abu Dhabi (UAE), as well as offices in Washington, DC (USA) and Shoalhaven (Australia).

Schiebel’s CAMCOPTER® S-100 Unmanned Air System (UAS) is an operationally proven capability for military and civilian applications. The Vertical Takeoff and Landing (VTOL) UAS requires no prepared area or supporting equipment to enable launch and recovery. It operates by day and by night, under adverse weather conditions, with a beyond line-of-sight capability out to 200 km / 108 nm, over land and sea. Its carbon fiber and titanium fuselage provides capacity for a wide range of payload/endurance combinations up to a service ceiling of 5,500 m / 18,000 ft. In a typical configuration, the CAMCOPTER® S-100 carries a 34-kg / 75-lbs payload up to 10 hours and is powered with AVGas or JP-5 heavy fuel. High-definition payload imagery is transmitted to the control station in real time. In addition to its standard GPS waypoint or manual navigation, the S-100 can successfully operate in environments where GPS is not available, with missions planned and controlled via a simple point-and-