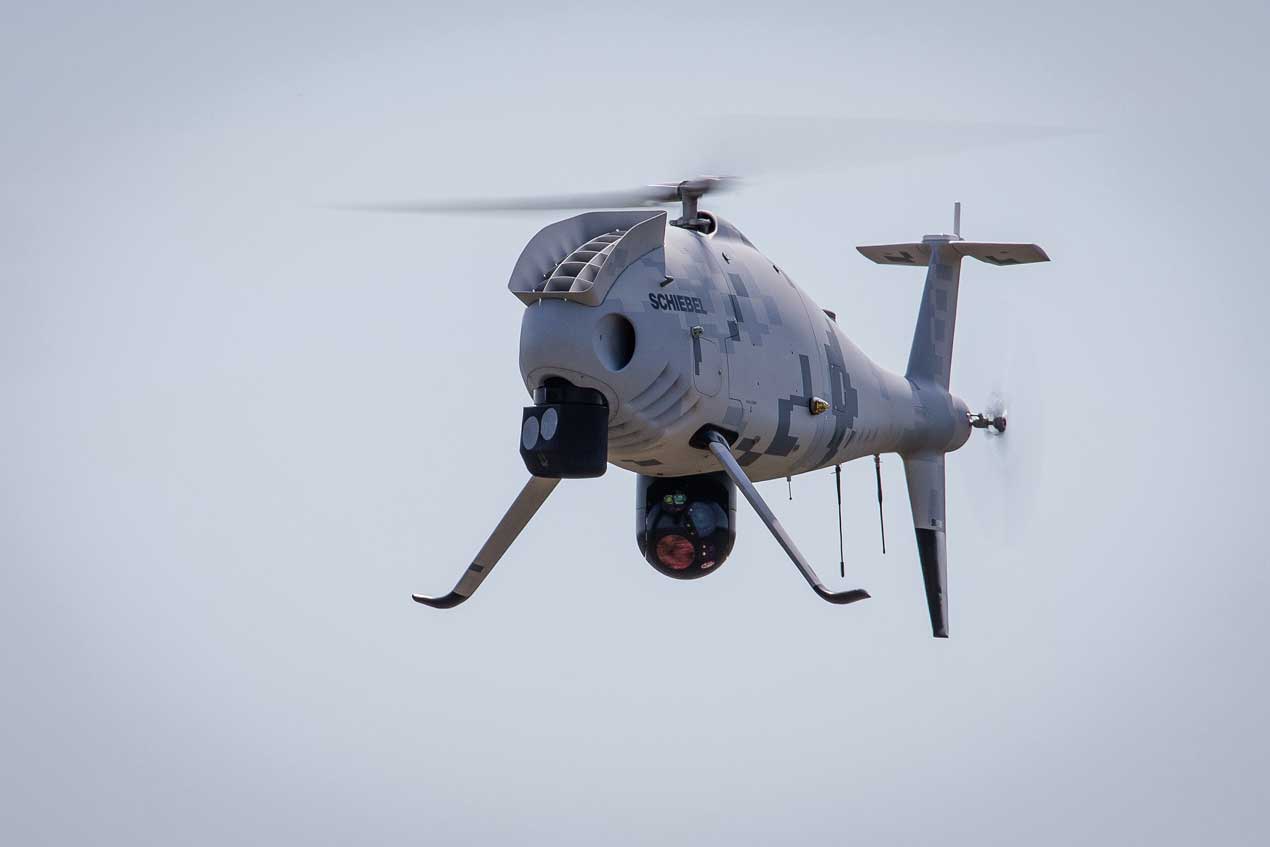 Oceanwatch autonomously detects small targets on the ocean surface, solving the challenge of searching for small objects over vast areas. Schiebel says the payload outperforms conventional cameras that face insurmountably large areas when zoomed in and invisible targets when zoomed out.

“Fitted with powerful payloads such as Oceanwatch and a best-in-class electro-optical/infra-red (EO/IR) gimbal, it provides an unsurpassed capacity for a range of mission-critical naval operations,” says Hans Georg Schiebel, chairman of the Schiebel Group.

Oceanwatch can be used for intelligence, surveillance and reconnaissance gathering, search and rescue, anti-piracy and other maritime security operations. “The best part is that all the important work happens on board so there is no loss in quality because of datalink compression,” adds Greg Davis, founder and manager of Overwatch Imaging.

“It is optimised for higher operating altitudes and longer ranges than other systems and provides positive identification at market leading ranges when combined with a Wescam MX-10. And the camera never blinks, takes a break or gets distracted.”