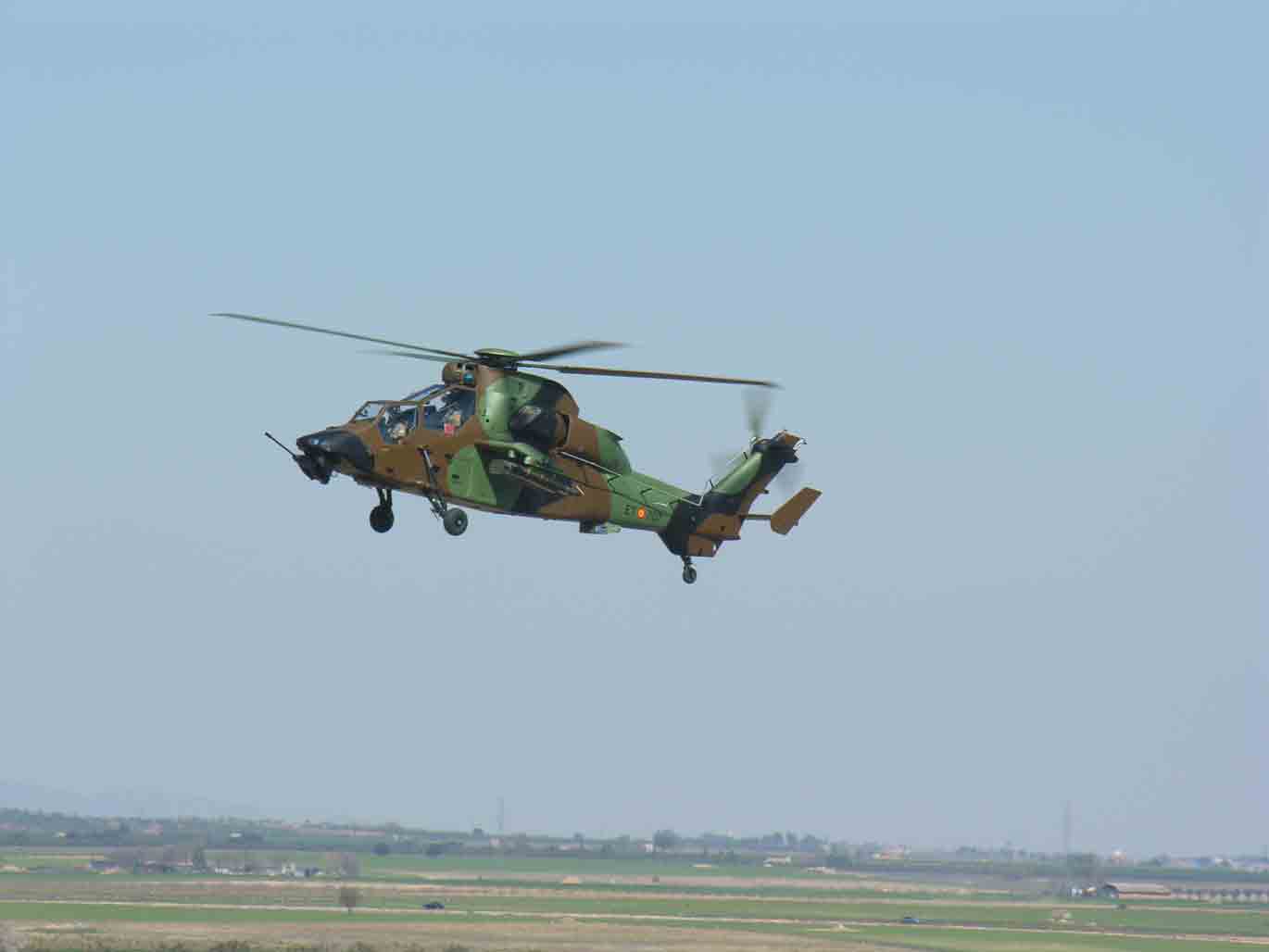 The Spanish Army's 18 Tiger MKIII helicopters will be fitted with a new electronic warfare systems so it can operate in the most complex and sophisticated threats.

The Organisation for joint Armament Cooperation (OCCAR) awarded Spanish aerospace company Indra contracts worth more than €90 million to fit the Tiger MKIII helicopters with next-generation mission and electronic defence systems, which will allow the Army to operate under unpredictable and sophisticated threat scenarios expected in the future.

The current version of the Spanish Tiger helicopter has proven its operational capability in theaters such as Afghanistan. Now, with its evolution to the MKIII version ordered by OCCAR in March 2022, it will be prepared to face new threats that incorporate advance guidance systems, that are much more sophisticated, sensitive and difficult-to-detect.

Indra will equip the Spanish MKIII Tiger with solutions for self-protection electronic warfare systems (EWS) and a modern tactical mission system (SPC2), which will begin flying in 2030. Indra will also provide the whole MKIII fleet, including Spain and France, with the Identification Friend-or-Foe system (IFF) for a total of 82 helicopters.

The self-protection suite (EWS) that Indra will implement on the Tiger MKIII will feature a sophisticated radar warning receiver system, the ALR-400FD Full Digital, which offers direct spectrum digitisation with great signal processing capability in order to detect surveillance systems and targeting sensors before they lock onto the platform.

This element also plays a critical role as it incorporates the EW Manager function, responsible for managing and integrating all the aircraft's self-protection elements and activating countermeasures to automatically neutralise any ground-to-air or air-to-air attack.

The new version of the Tiger will thus share technology with the aircraft fleet in more than 15 defence armed forces for which Indra is already implementing this type of system to guarantee their self-protection. These include among others, the NH-90, AS-532, CH-47F and CH-53 helicopters, the A400M and C-295 transport aircraft, Gulfstream G-505 mission aircraft as well as the F-18 fighter jet.

Regarding the IFF Identification System, Indra will integrate its solution in the Spanish and French Tiger MKIIII fleet. This system will allow both the identification of the platform itself to third parties and the interrogation of other aircraft to classify them as friend or foe, thanks to the CIT-25A combined interrogator/transponder system.

The equipment is complemented by elements such as the remote-control box, the control matrix and a Mode 5 crypto-computer. The integration also includes US DoD AIMS certification to operate in all types of international scenarios, a prerequisite for IFFs operating with the new Mode 5 Identification within NATO.

Finally, Indra's tactical mission system (SPC2) will enable interoperability of the helicopter with the command and control to provide Spanish Army commanders and pilots with a digital view of the battlefield in real time in various theaters of operations. The helicopter will have the capability to relay and synchronise tactical information from different platforms through various radios and data links, correlating, fusing, and routing this data with the tactical information collected its various sensors.

The ultimate goal is to facilitate the pilots' decision-making by reducing uncertainty and ensuring a perfect execution of the operation, with total coordination that ensures agility and precision and increases the chances of success.