Turkey's TB-2 Bayraktar unmanned combat aerial vehicle (UCAV) could become one of the most widely used and produced UAVs in the world, following their successful use by Ukrainian Armed Forces against Russia, according to a Turkish unmanned systems analyst.

Kadir Dogan, founder of Blitz Systems, a provider of subsystems for unmanned aerial vehicles, told Defence Procurement International, that the effectiveness of TB2 drones in the Russia–Ukraine War has now been proven against a superpower that has high air defence capabilities.

There were reports early on in the war that Ukraine's TB-2 drones had been destroyed by Russian air strikes on the first day of the invasion.However, Dogan says the release of footage showing that numerous Russian air defense systems and resupply convoys were destroyed by TB2s, verifies that these claims are false.

“We have seen TB2 drones achieve great success against forces with different dynamics in past wars,” he says. “Successes have been achieved against the Assad regime, which is a fairly regular element in Syria, against proxies in Libya, and against the relatively regular Armenian army in Karabakh in a conventional combat environment. Despite the fact that it is a proven drone, such achievements against a country like Russia, which has extensive weapons and good air defense capabilities, has surprised and confused many experts.” 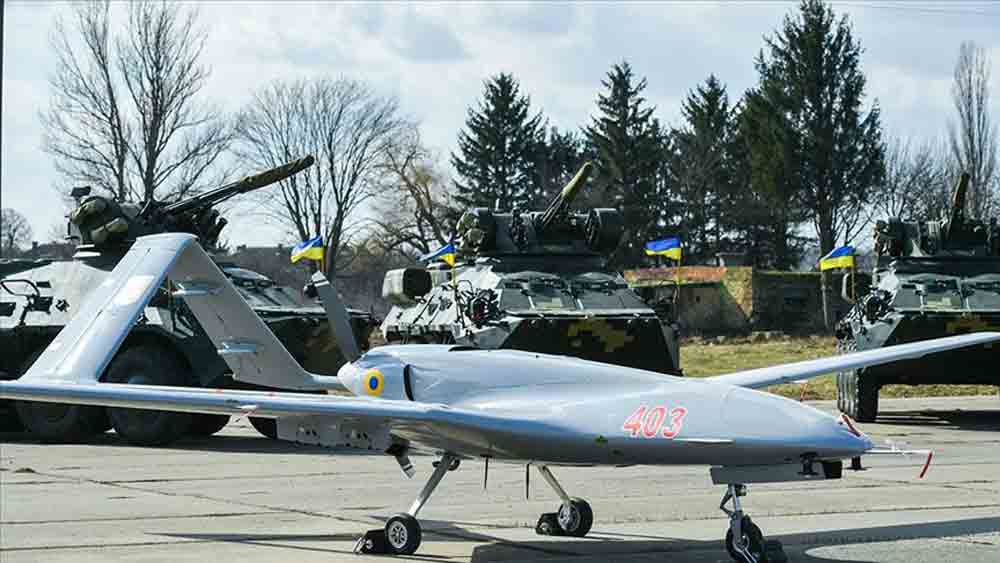 Dogan believes the performance of the TB-2s in Ukraine raises future export expectations for the Turkish-made drone in future. “First, this war has created a global impression that the TB-2 is causing serious problems against Russian systems in some way,” he explains. “As a result, TB-2s will now serve as a 'firewall' for any country that perceives a Russian threat. At the same time, the success of the TB-2 against irregular proxies was well known from previous deployments. As a result, there is significant demand from countries facing the threat of proxies. If such a market emerges, the TB-2 will most likely become the most produced and used drone in the world in the near future.”

Baykar, which makes the TB-2, has already exported thie drone to 16 countries, and negotiations are thought to be underway with some undisclosed potential buyers. But before the Russia-Ukraine war, the performance of Turkey's combat-proven TB-2 Bayraktar was a matter of curiosity. The TB-2 had gained notoriety in drone warfare for its successes in Turkish operations in northern Syria and Libya, as well as its superiority over Russian air defence systems during the Nagorno-Karabakh  conflict between Armenia and Azerbaijan, where it targeted and destroyed enemy defences, in addition to providing identification and targeting data. The TB2s also carried smart, micro-guided munitions to kill targets on their own.

However, analysts disagreed on the usefulness of this drone. Critics claim the TB-2 is overrated and that its performance in these wars does not provide enough evidence to call it a "gamechanger." The basis of these claims is that the TB-2 had previously been used only against weak opponents and the drone's true effectiveness had not been proven against a "real army." Therefore, the Russia-Ukraine conflict has been a real test for the TB-2 Bayraktar. So far, it seems to have won the popular vote. The drone even has its own theme song, which is featured in unverified videos of it in action on social media against Russian Buk missile launchers and BMD infantry fighting vehicles.