UK to invest £2 million in counter-UAS technologies, but US still the biggest spender. 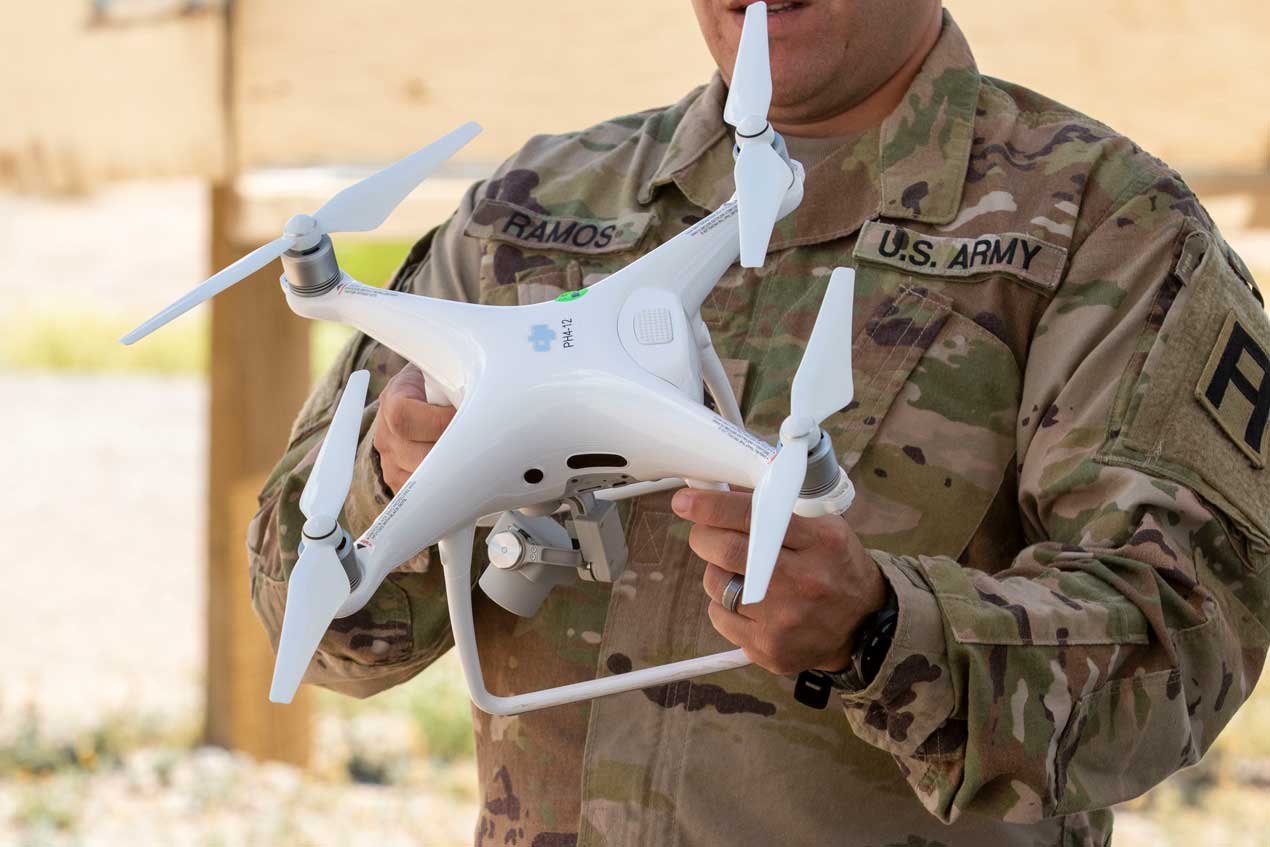 Soldiers from 5th Armored Brigade, First Army Division West, have developed a course of instruction to counter the threat of commercial, off-the-shelf unmanned aerial surveillance vehicles. Currently, there is no doctrine in place to train soldiers how to deal with commercial-off-the-shelf UAS. (Photo by Staff Sgt. Timothy Gray)

The UK Defence and Security Accelerator (DASA) has awarded approximately £2 million to develop new capabilities to detect, disrupt, and defeat the hostile and malicious use of drones.

Eighteen bids were funded as part of the  Countering Drones competition, which was launched earlier this year.

Among the proposals being developed are methods for detecting 4G & 5G controlled drones, applications of machine learning and artificial intelligence for sensors to automatically identify UAVs, and low risk methods of stopping drones through novel electronic defeat or interceptor solutions.

The competition, run by DASA – the Ministry of Defence’s innovation hub – on behalf of the Defence Science and Technology Laboratory (Dstl), is the latest stage in Dstl’s ongoing research programme into countering unmanned air systems (UAS).

David Lugton, competition technical lead said the threat from Unmanned Air Systems (UAS) was evolving rapidly. “We are seeing the use of hostile improvised UAS threats in overseas theatres of operation,” he said. “There is a similar problem in the UK with the malicious or accidental use of drones becoming a security challenge at events, affecting critical infrastructure and public establishments; including prisons and major UK airports.”

There was a very high level of interest from industry in the competition with over 90 bids from a wide range of organisations.

Cambridge UK-based Plextek-DTS (Defence Technology Solutions) says it was awarded two contracts under the DASA competition. The first entails the development of an innovative signal detection and jamming capability to detect and defeat hostile drones, while ensuring that non-hostile systems in the vicinity are not affected. For the second project, Plextek-DTS will develop a miniature radar that can be integrated into airborne drones in order to detect, track and accurately target hostile drones.

Both Gatwick and Heathrow airport have suffered disruptions caused by civilian drones. In Middle East theatres of operation forces have come under attack from commercial drones carrying explosive devices.

However, the US remains the largest investor by far in counter-UAS solutions with spending estimated to have reached $1.5 billion in 2018.

Counter-UAS is one of the fastest growing items of expenditure for the US Department of Defense , which has invested in a range of systems, from those mounted on armoured vehicles to guns that defeat drones using lasers.